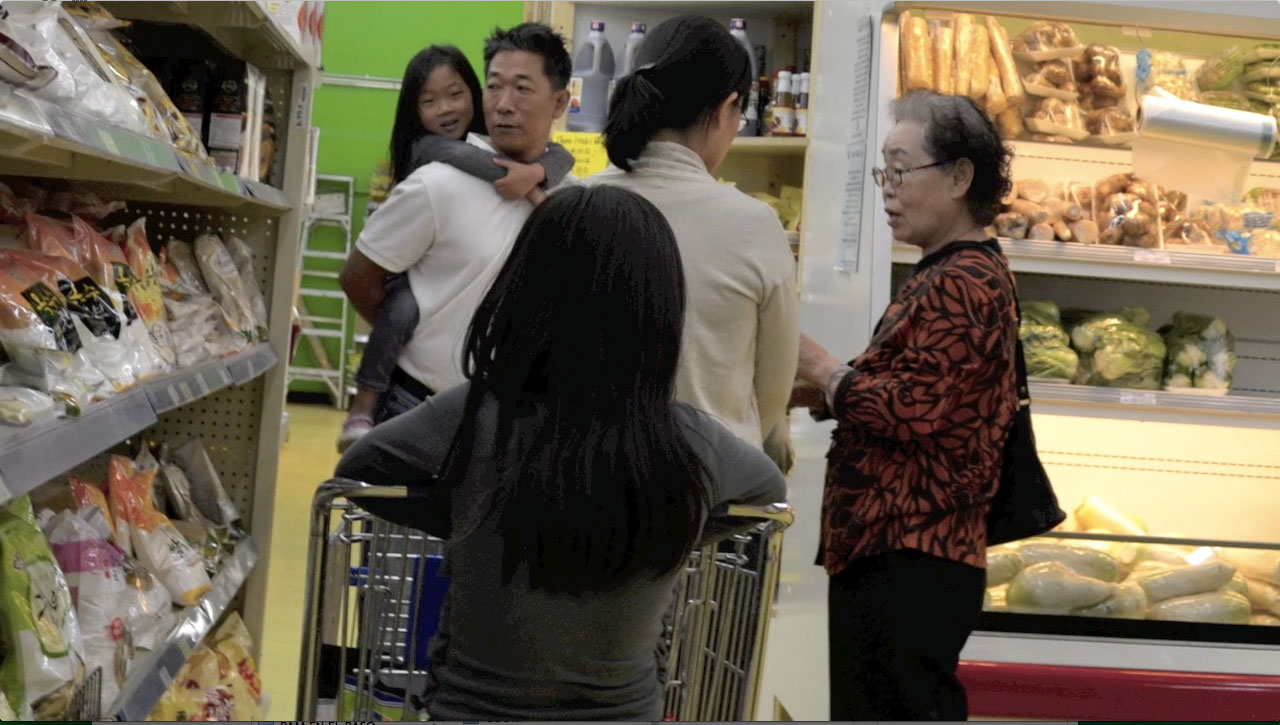 EL PASO – There was a slight tremor in the hands. The arms were thin and pale, yet strong as they helped hold up and set up one of the lights at the factory. His thick and heavy eyeglasses sat lower than they were supposed to be.

Judy Lee, 54, observed as her restless 77-year-old uncle, Dr. William Lee, descended from a high stool after changing a bright light bulb that reflected off his bald head.

“Be careful uncle!” said Judy as the elderly man stepped down from the stool and kept himself busy working around the factory.

“I came here 10 years ago, first to learn English, but now I’m here to take care of my uncle and help his business be successful,” said Judy. Judy Lee was born and raised in Seoul, South Korea. However, she has made El Paso, Texas her hometown when her uncle started his own chili powder business after years of working with the United States Department of Agriculture as an agricultural economist.

The members of the Korean community all across the United States have learned to adapt and mix their culture and traditional ways with those of the American way of life just like many other ethnic groups have.

However, the Korean community in El Paso has learned to adapt and thrive in the United States and also to the strong Hispanic heritage of the Sun City. Korean Americans in El Paso navigate in various ways through three cultures in one place.

“Our main dish (in Korean cuisine) is rice but the side dish must be Kimchi,” said Judy with excitement.

Kimchi is a traditional Korean dish made out of fermented vegetables with a variety of seasonings, one of the main ingredients being red chili, the trademark spice of Mexican cuisine.

“My uncle traveled to many countries when he worked with the USDA but found that the Sandia chili grew best in Mexico due to the soil, the elevation, the air and many other factors,” said Judy, who along with her uncle owns various chili-processing factories in Casas Grandes, Ascension and Buenaventura in the Mexican state of Chihuahua.

Dr. Lee’s expertise in the agricultural field has helped his chili powder company find a high quality ingredient for Korea’s national dish but also has provided work opportunities for various communities in Mexico.

“Everyone knows my uncle in the places where we have our factories – he’s famous,” said Judy jokingly as Dr. Lee helps the community not only by providing jobs but also through the Hope Presbyterian Church in El Paso.

Church life is another focal point of the Korean American culture. It is not only a place for worship but also a place for social networking and business opportunities among all members creating a sense of unity and tradition.

“It’s very hard to live in a new country. Gathering together to share similar beliefs, language, culture and even food makes it easier for us. It brings some sort of emotional satisfaction,” said Pastor Sim.

Pastor Sim also publishes the only Korean language newspaper in the El Paso area. The newspaper contains various articles about what is happening in El Paso, the Korean community and its churches. It also offers valuable legal and visa information for Korean immigrants that otherwise would be unavailable for them in their language.

“We were thinking of stopping the publication of the newspaper since we couldn’t really afford it, but members of the community came together to help financially since it’s an important tool for those that need it the most,” said Pastor Sim.

Hyunkyoung Ahn, 36, the Director of the Education Center at the El Paso Korean United Methodist Church, is in charge of all classes at the church as well as various other activities in the community.

“Their heart would be dry without involvement in our community and our church. It is very important,” said Ahn who believes that the usual immigrant lifestyle can be too individualistic and even destructive.

“Korean culture is very different from the culture in the United States. We must have two faces, two personalities, sometimes we have to be Korean and sometimes we have to be American. However, Hispanic culture and Korean culture are somewhat similar as it is family oriented so I feel it’s easy to adapt to American lifestyle in El Paso due to its large Hispanic community,” said Pastor Sim.

Sunny Kwon, 46, another Seoul native and church member recently moved to El Paso to open a business after living in San Diego for over 25 years.

“I lived in California and it isn’t really a friendly state to small businesses, meanwhile Texas is better, a lot friendlier for our business,” said Kwon.

According to the 2011 Small Business Survival Index research done by the Small Business & Entrepreneurship Council, Texas is ranked as the third-best state for small businesses as it has no taxes related to personal income, individual capital gains, corporate income, corporate capital gains, and death taxes. Texas also boasts a low level of state and local government spending.

On the other hand, California is ranked as fourth-worst state for small businesses. According to the SBE Council, California has high personal and corporate income taxes as well as high taxes on individual and corporate capital gains. The Golden State also has the highest gas and diesel taxes, an additional tax for S-corporations, an added estate tax, poor private property protections, a large number of health insurance mandates and high electric utility costs.

“When we decided to have our business in Texas, we looked at different cities in the state; Austin, Dallas, Houston, but then I came across El Paso and found that the city needs these kind of family amusement centers,” said Kwon referring to Jumpland Trampoline Park, her brand-new business in the Sun City.

“I really like this city. Almost everything is 30 minutes away at the most. Everybody in El Paso is so friendly; they always have smiles on their faces or at least say ‘hello’ or ‘hola’, also the food is great, only drawback is gaining weight,” said Kwon as she chuckled.