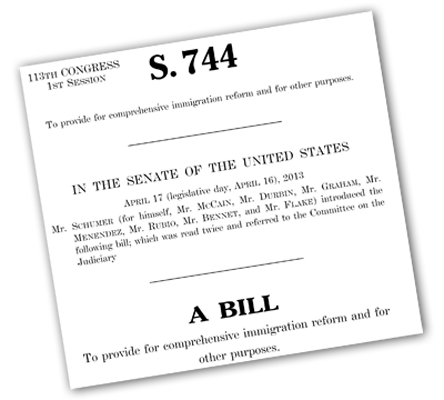 The bill would offer conditional amnesty and a path to citizenship to an estimated 11 million immigrants living illegally in the U.S., among other provisions, all of which will require months of debate and amending before adoption.

In the meantime, fundamental questions like where those millions of people come from and where they live in America beg some answers.

Statistics in the following video come from the U.S. Department of Homeland Security and the Public Policy Institute of California.