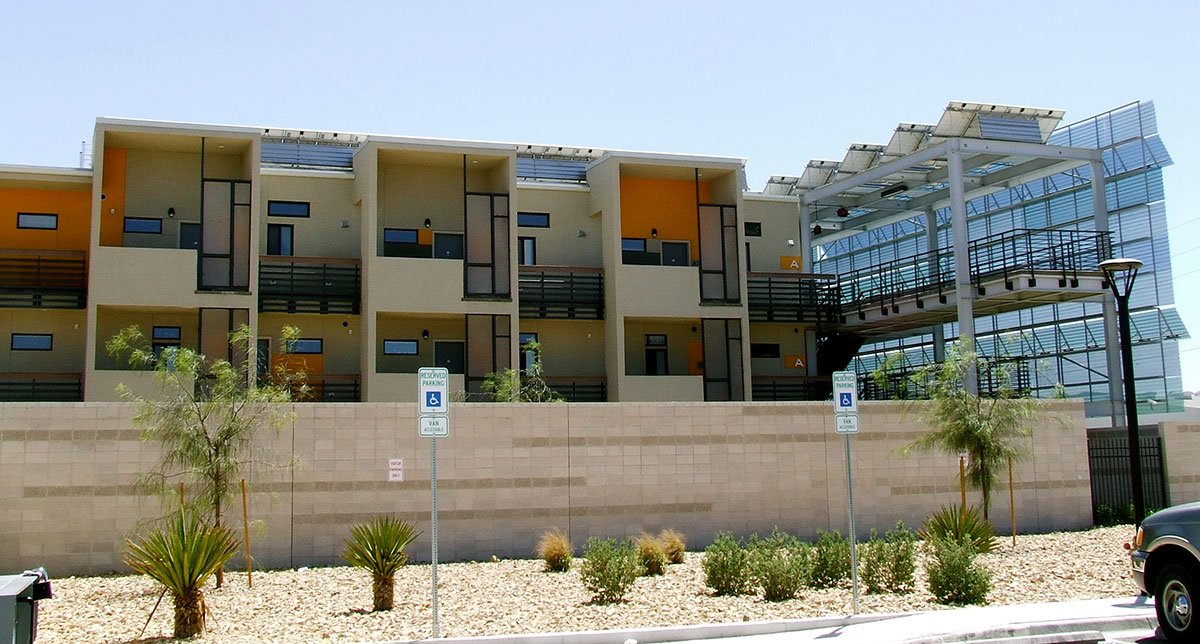 EL PASO – Families living in public housing will find their quarters shrinking as a result of the federal budget slashing known as the sequester, but local officials say they hope to avoid putting anybody out on the street.

“We are hoping for the best, but preparing for the worst,” said Shane Griffith, El Paso Housing Authority (HACEP) public information officer.

HACEP had already been planning how to meet the needs here when the spending reductions cut of $85 billion in revenue to non-exempt domestic programs for the next 10 years were declared in late March. The housing assistance payment (HAP) standard, which is the federal subsidy allocated to landlords of the Housing Choice Voucher (HCV) Program, has been reduced from a proration of 99 percent to 94 percent. The proration for the operating subsidy of the Public Housing Program – the funds HACEP receives to operate its 46 public housing properties – has been reduced from 92 percent to 77 percent.

“Like all domestic discretionary entitlement programs, which includes housing authorities across the country like HACEP, there will be an impact. It’s not a matter of if it’s a matter of when,” Griffith said.

According to Griffith, determining the right thing to do depends on the numbers while considering a “worst case scenario” as well as “best case scenario.”  Recent information indicates that subsidies for the Capital Fund Program will be reduced by an additional five percent for 2013, or approximately $300,000 less than the 2012 allocation. These are the funds HACEP uses to invest in capital expenditures to maintain its 46 public housing properties and in new construction.

HACEP caters to two different populations, one in the public housing program and one in the housing choice voucher program (Section 8). Griffith says that although both are low-income and both receive housing assistance, HACEP does not anticipate any drastically negative effect to families in either program. However, he says that the potential loss of operating subsidy is expected to be substantial.

“Our strategy is to have a break-even budget, so we have to make our decisions based on that aspect… but for our housing choice-voucher program, on the other hand, we do expect there to be an impact to the families that we serve,” Griffith said.

Options for HACEP’s future actions with residents are to either “reduce the subsidy standard,” which means that in the housing choice-voucher program, families who currently qualify for a three-bedroom unit and have children that are below the age of 13 may require the children to “double-up.” They would go from a three-bedroom unit to a two-bedroom. Griffith says that this would have significant cost savings for HACEP, and would allow for these families to still receive housing assistance.

Timothy Collins, an associate professor of sociology at the University of Texas at El Paso, says that although this is a solution and a way to address the issue, it is a decrease in the quality of life. Woodrow Bean. 1313 North Saint Vrain. Built in 1974 and contains 31 family units. There are six buildings on this property and has close vicinity to El Paso High School. (Amber Watts/Borderzine.com)

“Although it can be a solution to avoid displacement, health issues become a concern, there may be more conflict in the household. In general, the more you crowd people into a living arrangement, the lower the quality of life will be for them,” Collins said.

Griffith says that other options to be explored include looking at the opportunity to transfer families from Section 8 into the public housing program. This would allow the family to remain in the units, but they would have to pay a greater share of their monthly rent.

HACEP is also considering the possibility of taking impacted families from the Section 8 program and referring them to a tax credit program, which offers reduced rent to qualified families. This rent would not be subsidized and the families would be paying more than they do now, but would still pay a reduced rent.

“We’re taking a holistic approach and exploring all our options,” Griffith says.

The demographic impacts of the sequestration would not affect those that are disabled or elderly in HACEP’s housing programs. Anyone over the age of 62 would be exempt from displacement, and that applies to the head of household, the spouse of head of household or what HACEP calls, the co-head.

Assistant professor of sociology at UTEP, Ernesto Castaneda, sees sequestration affecting the entire city of El Paso rather than just the housing programs. Chelsea Plaza. 600 El Paso, TX. Built in 1971 and contains 330 units for the elderly. Features of this property include a computer lab, Bingo Nights and visits from beauticians. Chelsea Plaza also provides transportation for residents for shopping. (Amber Watts/Borderzine.com)

“[Sequestration is] across the board cuts, so it’s supposed to affect everyone. [It] affects more than anything, the staff who work for the government, and people who receive services, so I see it affecting El Paso across the board at all different levels,” Castaneda says.

Castaneda says that HACEP is very good at doing upkeep of the buildings and maintenance. But HACEP may have to cut back on maintenance for a little while, such as painting the buildings. Instead, they will have to leave one building painted or paint one floor.

“Sometimes you can do that. It’s okay if it’s a one month or one year thing, but that can lead to big problems,” Castaneda says.

Griffith says that HACEP explains to families their alternative options, and that they have tried to give their families as much time as possible to prepare.

“Nobody wants to lose their home, that’s just one of the unfortunate natures of federal programs because we’re at the mercy of the appropriations,” Griffith says.