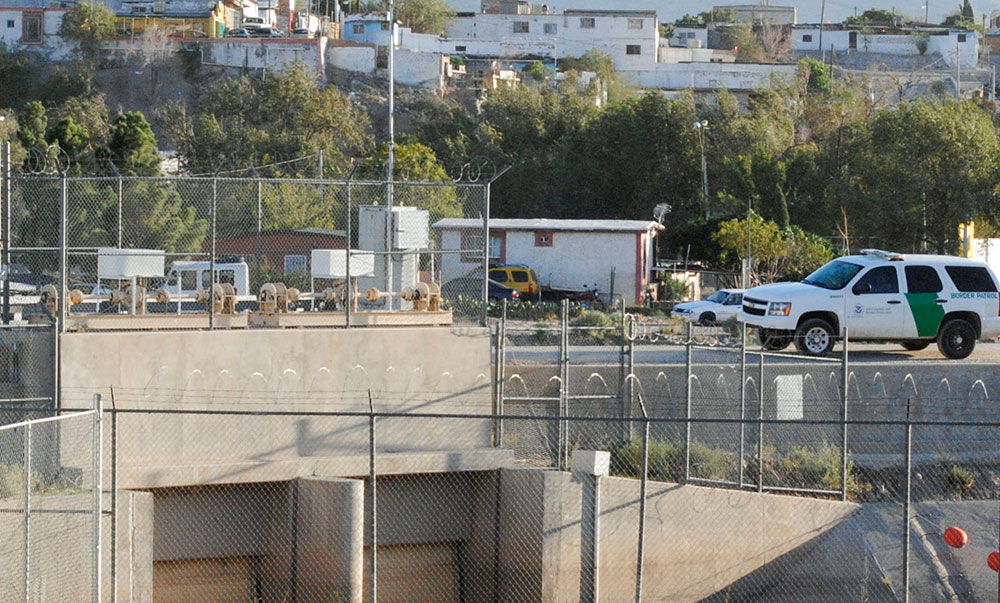 El Paso is one of six sectors where Operation Streamline is enforced. (Christina Marie Duran/Borderzine.com) El Paso is one of six sectors where Operation Streamline is enforced. (Christina Marie Duran/Borderzine.com)

EL PASO — The U.S. government started Operation Streamline a “zero-tolerance” border enforcement strategy, at the Del Rio sector in Texas in 2005 in an attempt to stem the flow of millions of undocumented Mexicans who leave their families and homes every year to cross the border into the U.S.

Operation Streamline (OS) set tougher penalties for illegal immigration. First time offenders serve two to three days in jail while they wait for a trial. These undocumented immigrants are then left with a criminal record and repeat offenders can end up serving several years in prison.

“My research continues to show a negative effect within the operation,” said Pia Orrenius, a labor economist from the Federal Reserve Bank of Dallas. “The main motivation for these illegal immigrants to attempt to cross over is money and the pursuit of a better way of living.”

Orrenius visited The University of Texas at El Paso on Sep. 21, 2012 to present her research on Operation Streamline to business students here. Her study measuring the program’s effectiveness throughout the border region shows that that the operation hasn’t had much effect on illegal immigration. The operation is currently enforced in six border sectors in which El Paso is included.

In the 1990s apprehended Mexican migrants were usually sent back through the “Catch and Release” policy, which allowed them to sign a contract to voluntarily depart. Many of them would return home only to try to cross again the next day.

OS has since created a substantial number of jobs within border enforcement, but Orrenius said that she continues to find that the operation hasn’t had much of an impact on illegal border crossings while promoting a high demand for jail spaces, which translates into more expense for American taxpayers.

As an example, Orrenius discussed a case involving a Mexican man who was apprehended and then sent back to Mexico. A couple of days later, he attempted to cross again but was caught by border officials in El Paso.

“Turns out this man had cancer and knew that if he were caught again, he would be sent to prison for a longer term,” Orrenius said.

She said government officials found out that the man was seeking the longer jail term so that his illness would be treated at the expense of U.S. government.

Many undocumented immigrants are homeless and they know how the U.S. Federal Prison system works. It is better for them to sleep, eat and live in a prison. In cases like this, they just want to remain alive and in good health.

According to the U.S. Department of Justice, Texas incarceration costs for Operation Streamline defendants are estimated to be $320 million per year since the program launched in 2005.

Not only is OS costing a huge amount of money but it is also showing little effectiveness on slowing illegal immigration since its inception. The Border patrol has yet to release official numbers on how the operation has affected the overall number of illegal immigrations.

“Better economic conditions in Mexico and the U.S. recession have contributed to the decline of illegal immigration, but the numbers are still high in each individual border sector,” Orrenius said.

Orrenius hopes to publish research that proves that undocumented immigrants are always going to find a way to cross the borders and even strategies such as Operation Streamline can’t control the urge for immigrants to pursue a new life and opportunity in America.

Christina Marie Duran is a Senior at The University of Texas at El Paso graduating Fall 2012 obtaining a major in Multimedia Journalism with a minor in English and American Literature. Christina aspires to be a journalist/photojournalist on the East Coast specializing in audio and video news production. She plans to attend graduate school studying Mass Communication with a focus in Public Relations.