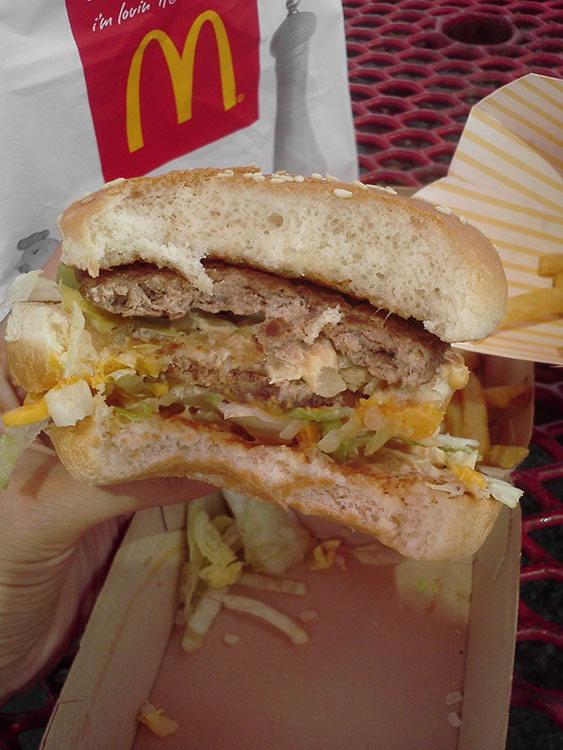 EL PASO – As Guadalupe Vasquez prepares dinner for her family the aroma of Mexican food fills her El Paso home. After the meal, her family is often glued to the television set not part taking in any physical activities.

She is aware that her family’s and other El Paso families’ diet and lack of physical activity make for an unhealthy combination. Studies have shown that Hispanics are more likely to suffer from obesity and type 2-diabetes and the mostly Hispanic residents of El Paso residents pose a perfect example of these health problems. According, to an article written in 2010 by Men’s Health Magazine, the city of El Paso ranked 3rd in the list of 100 fattest cities in the United States. Five Texas cities with a high percentage of Hispanics were among the top 10.

“The food that we consume is unhealthy; it’s a lot of carbohydrates, and grease rolled together,” said Cindy Loya, a personal trainer. She said that the Mexican culture affects the health of people living in El Paso.

“I think it is more difficult for Mexicans to maintain a healthy lifestyle because of our diets, which is harder for us to burn off when we are working out,” said Loya.

However, Sue Beatty, a health education and training manager for the Health Department, said that El Paso’s health problems are not just contributed by the Mexican culture but by the American culture. “Anecdotes that I have heard, is that as people immigrate here they are really healthy but then they get acculturated to the American culture that is not so healthy,” said Beatty.

Mediamark Research conducted a study on how many times people ate fast-food, the result, more than nine times a month, showed that El Paso ranked 86th out of 100 regions.

Amber Bridges, who is coordinator for the Wellness Program at the University of Texas at El Paso (UTEP), gathered for the Health Department data collected from the Centers for Disease Control and Prevention (CDC) about chronic diseases in El Paso. The handbook titled “A Snapshot in Time” showed that 12.2 percent of adults are living with diabetes here compared to the 9.7-percent in Texas and 8.7-percent in the U.S.

“We do see on the border and in Texas, that we have higher rates of obesity and overweight as compared to the national average,” said Bridges. The data that she collected on El Paso’s obesity rate showed the city’s rate at 28.6 percent is actually lower than Texas’ 31.7 percent rate, but a little bit higher than the national average at 27.5 percent.

These numbers according to Beatty and Bridges are actually higher because the CDC conducts its research through phone interviews, in which some people choose not to participate and some people do not have access to phones.

Although people do need to be held accountable for their own health, El Paso needs to improve how it is set up so that the citizens can start living healthier lives, said Beatty.

“All of the city’s departments are starting to focus a little bit more of what they can do to improve the city’s health” said Beatty. The city recently passed a plan that looks at the way the neighborhoods will be planned in order to create more accessible environment to exercising and walking to food markets and parks.

“This city does not have as much to offer as other cities. When we do go out, it is usually to see a movie,” said Vasquez. She has recently started running at night in her dark neighborhood to get healthier. She says that the dark streets are unsafe and that although her family lives close to a park they don’t go to it because it is set up for children. According to CDC, people from El Paso are not very physically active, its conclusion is based on the number of gyms in the city. A conclusion disputed by some health professionals. (Jeraldine Ramos/Borderzine.com)

The Centers for Disease Control and Prevention (CDC) Behavioral Risk Factor System’s data showed that people in El Paso are not very physically active. This data was collected based on how many gyms there are in El Paso.

“Just because we don’t have as many gyms as other cities, does not mean we aren’t physically active,” said Bridges. “We have great weather for outdoor activities.”

“I think it’s kind of an unfair look at where we really rank” said Beatty. “Many people live below the poverty line and can’t afford a gym membership, but anybody can afford to go walking.” She says that when people say we need to start moving, we really need to start thinking of ways to move without using transportation.

When asked why she thinks El Paso ranked as the third fattest city in America, Anna Schnatzmeyer, a former El Paso resident who now lives in St. Louis, Missouri said, “I think it’s the lifestyle. There really is nothing to do in El Paso besides bowl, eat out, drink, and watch a movie, which includes eating,”

Beatty says that it’s not really the lack of “attractions” we have in El Paso that inhibits us from being physically active, but the way the city is sprawled out. The Health Department recently started a program in the El Paso zoo that encourages people to be more physically active and teaches them about nutrition.

The El Paso city council passed an obesity prevention resolution that makes departments in the city other than the Health Department, look at things they can do to improve the city’s health. The Parks and Recreation Department has added more walk trails and skate parks.

Beatty and Bridges also said that El Paso has a low number of people who have health-care coverage. This is a problem that they say needs to be addressed in order to improve the city’s overall health and to help prevent health problems.

“There are cultural influences in regards to health, some good and some bad,” said Bridges. “It’s not so cut-and-dried to say it’s just the Mexican culture.” There are other factors that need to be looked at in regards to El Paso’s health such as the high number of uninsured citizens and the city’s development.

“Physical activity and nutrition are two of the best modifiable factors that can decrease the risk of chronic diseases,” said Bridges. She has done work to educate the UTEP staff and faculty about healthier life choices.

“I recommend lots of cardio and healthier meal plans for the people I train who want to lose weight,” said Loya.

The El Paso culture that combines influences from the Mexican and American cultures is working on a new culture that involves healthier choices.

Ever since the article appeared in Men’s Health magazine, the planning for El Paso’s growth has included a safer environment that is more accessible and that encourages physical activity and the Health Department and other departments in the city are making an effort to educate El Paso on nutrition and physical activity.

Multimedia journalism major at the University of Texas at El Paso.

2 thoughts on “Can a fat and diabetic El Paso become an active and healthy Sun City?”