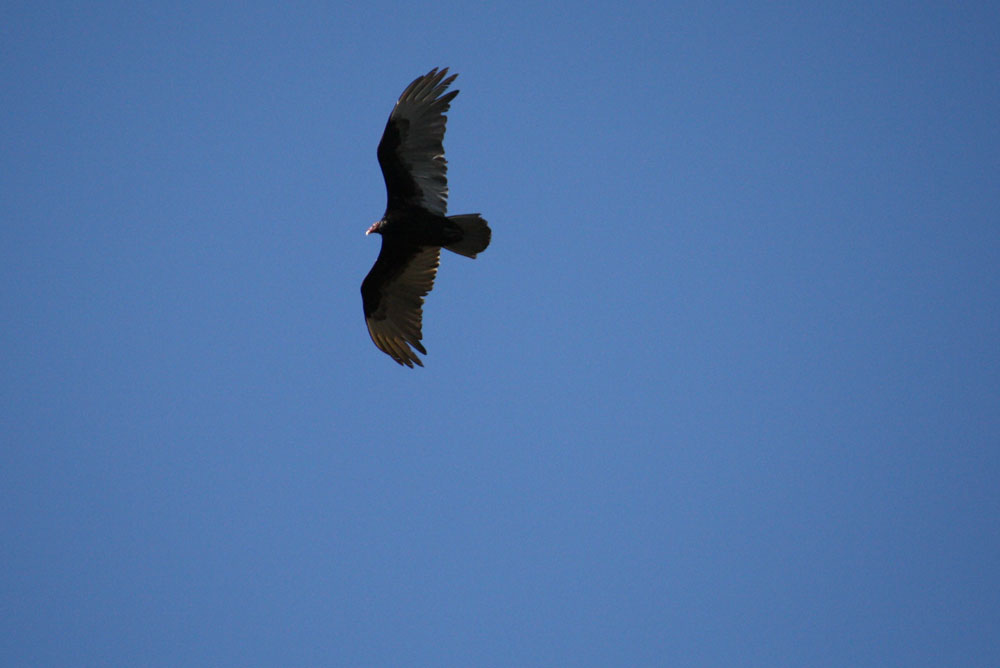 EL PASO – The title is a quote attributed to Roger Tory Peterson, the guy who wrote all the field guides to birds. He had been asked, or so the story goes, about birds that were seen where they weren’t expected. Rather than dismiss the observation as in error and the map or field guide as doctrine, this quote reminds us that the unexpected does, occasionally, happen. Yes, Virginia, there are black swans. I started thinking this morning about the people I know who are obsessed with birds:  the ones with a zillion bird feeders and binoculars and bird identification books that they take with them on trips they take especially to look for birds. Every one of them seems to have a bit of a broken wing. Or maybe we all have a bit of a broken wing and, just because some people like birds, we make that connection more readily, but in error.

My first attempt to fly was jumping off the roof of the chicken coop in our yard when I was about five. That attempt didn’t work out so well, but at least the coop had a low roof. Flying seems to be one of those things that we aspire to do in Jungian archetypal fashion, possibly because we weren’t born with wings. From Icarus to the space shuttle, we are simultaneously drawn to and terrified of the notion of flight, of breaking our bond with earth, defying gravity. So. There is the notion of flight, there are the birds themselves, and then there are the qualities that we humans attribute to them. We adopt the eagle as a national symbol, robins as a symbol of spring, owls as paragons of wisdom, and canaries as an early warning system. When we give human qualities to animals, we are “anthropomorphizing.” When we give animal qualities to humans, there are some competing terms, including animism, personification, and zoomorphism. I like the last term, as far as terms go; it has a parallel construction to anthropomorphism, as is easily remembered. However, the problem with both terms is the distinction between animal and human behavior, and the idea that there are no overlapping behaviors. Setting ourselves apart from the animal world appears to be hubristic and clearly erroneous. However, we are very adept at ignoring evidence that does not fit with our pre-existing beliefs; even when presented with incontrovertible contradictory information, we are inclined to give them animal epithets (hogwash, fluke, monkeybusiness) and dismiss it as, sorry, a “black swan.” Kestrel with its kill, a pigeon in Albuquerque, New Mexico. (Cheryl Howard/Borderzine.com)

From a long tradition of natural history observation we know that clearly, there are shared behaviors. And even the territory we once thought was uniquely human has been invaded, not only by chimps and gorillas, but also by a “murder” of crows. (See my earlier blog with a link to a Ted talk about crows.) Murder is the collective term from the Middle English for crows, like a bevy of quail, a gaggle of geese, a parliament of owls, a pandemonium of parrots, a watch of nightingales, or an exaltation of larks. And there are more! Where did they come from? Dame Juliana Berners wrote a hunting essay that was published in 1486 in The Book of Saint Albans. It was the first known documentation of these collective names of animals. So, we have animals with human qualities, people with animal qualities, human-like gods and animal-like gods. Beastly men and Spider Woman. But back to birds. There is a long list of bird-like deities or mythical creatures from many different cultures. Here is a long list of only some of them: Quetzalcoatl, Thunderbird, Horus, Roc, Te Hakavai, Peng, Koko, Ziz, Garuda, Phoenix, Amrzs. There’s Leda and the swan. And, we have cars, clothes and sports teams named for birds. Then there are those astronauts and pilots and aficionados with binoculars.

One thought on ““Birds have wings and they do things…””