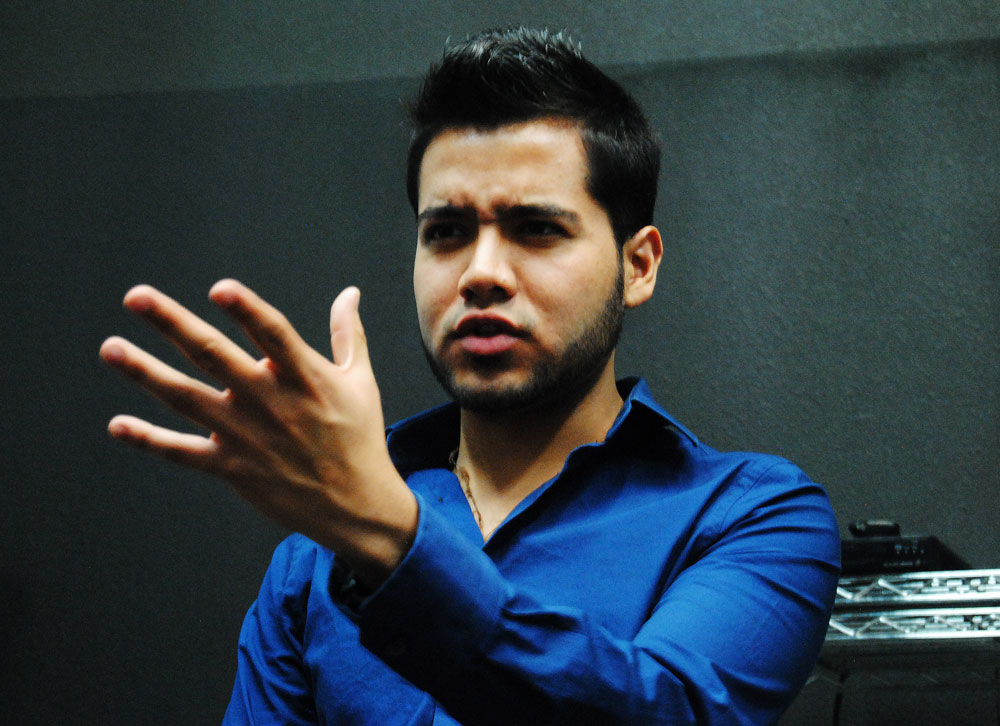 “I grew up with a family that had dreams of their own" said Nino. (Jorge Castanon/Borderzine.com) “I grew up with a family that had dreams of their own" said Nino. (Jorge Castanon/Borderzine.com)

EL PASO  – Ivan Niño may be able to portray someone else every day in the career path he has chosen, but at the end of the day he is just himself – a gay Hispanic struggling to become a successful actor.

Niño, 20, has already been featured in a few films, is teaching an acting class for other aspiring actors and is currently filming a pilot for a children’s TV show.

“I’ve done everything, a lot more than just acting. I’ve done the ‘dirty jobs.’ The people that I’ve met or have worked with are often of different ethnicities, but are usually more often than not Caucasian. It can be a little intimidating,” he said.

“I often say that we need more Hispanics in Hollywood. I believe we are not often given the chance to show what we are capable of doing, I hope of changing that one day in the future.”

Niño says he isn’t ashamed of being gay but is aware of the problems that could possibly arise because of it. “It just feels awkward at times. Don’t get me wrong. There are a lot of gay actors out there, but I think at the beginning it’s hard because it’s not a simple thing that society can accept. When I audition or do something of the sort, I don’t go and say that I am gay. At times one does feel out of place and scared because of what could come from being gay.”

He is also aware that his sexuality may hold him back temporarily sometimes throughout his growing career, but says it isn’t something that’ll hinders him.

“I am gay. It could be another reason why it might be difficult for me, but like I said before, there are many openly gay actors out in the world. It’s a part of who I am, but it doesn’t define who I am,” Niño said. “I love acting because I get to live a double life, my personal life and the life of the character that I bring to life.”

Niño graduated from El Dorado High School in 2009 and currently attends the University of Texas at El Paso double majoring in Public Relations and in Theatre with a concentration in performance.

“I grew up with a family that had dreams of their own. My parents are from Mexico, and moved to the USA for a better life for my family,” Niño said.

While attending elementary school and middle school he joined Choir and Orchestra. The feeling of a live performance was what made him fall in love with the stage.

“It was when I entered High School that I discovered acting was going to be part of me for the rest of my life,” Niño said. “There was one show I did by the name of Rhinoceros. It took all the energy that I had to bring into one scene of Jean, the character I portrayed, being sick and turning into an actual rhinoceros on stage. Well, words cannot describe what went through my body.”

Even with a successful career so far, Niño knows there are big leaps needed in order for Hispanic actors to get their shot in Hollywood.

His fulltime schedule as a student does not stop Niño from pursuing several side projects as an actor.

“I filmed a movie last fall. It’s by the name of Vamos al Norte or Going North I’m beyond excited and nervous for the finished product,” Niño said.

This is his first Spanish movie and he will be dubbing the movie in English as well. He is also partaking in other projects including a pilot for a Kids TV show and two other feature films.

On his off time, Niño teaches a class of young actors pushing them and showing them that anything is possible.

“I teach them because I didn’t have someone telling me what to do or where to go and I wish I did,” Niño said.  “But if you are doing this to get rich and famous right away, walk away now. Something like this takes time. I may not be the biggest star that I was born to be yet, but I am living my dream and I get to do what I love.”