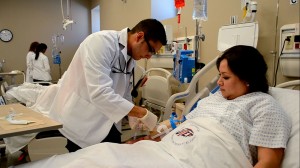 EL PASO – When it comes to nursing, many people will automatically think of a woman doing the job, but if a man feels that his calling is in nursing he will also find a secure position in that field. “Traditionally throughout the ages nursing has been a profession dominated by females. So there’s that preconceived notion that nursing is still a profession that is mainly dominated by that female aspect,” said Jason Garcia, a fifth semester nursing student. At the University of Texas at El Paso approximately 22 percent of the students enrolled in undergraduate nursing programs and 21 percent enrolled in the graduate nursing programs are men. These numbers may seem low, but they are actually twice the average at most nursing schools in the United States. 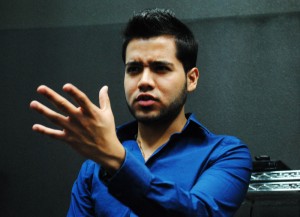 EL PASO  – Ivan Niño may be able to portray someone else every day in the career path he has chosen, but at the end of the day he is just himself – a gay Hispanic struggling to become a successful actor. Niño, 20, has already been featured in a few films, is teaching an acting class for other aspiring actors and is currently filming a pilot for a children’s TV show. “I’ve done everything, a lot more than just acting. I’ve done the ‘dirty jobs.’ The people that I’ve met or have worked with are often of different ethnicities, but are usually more often than not Caucasian. It can be a little intimidating,” he said.