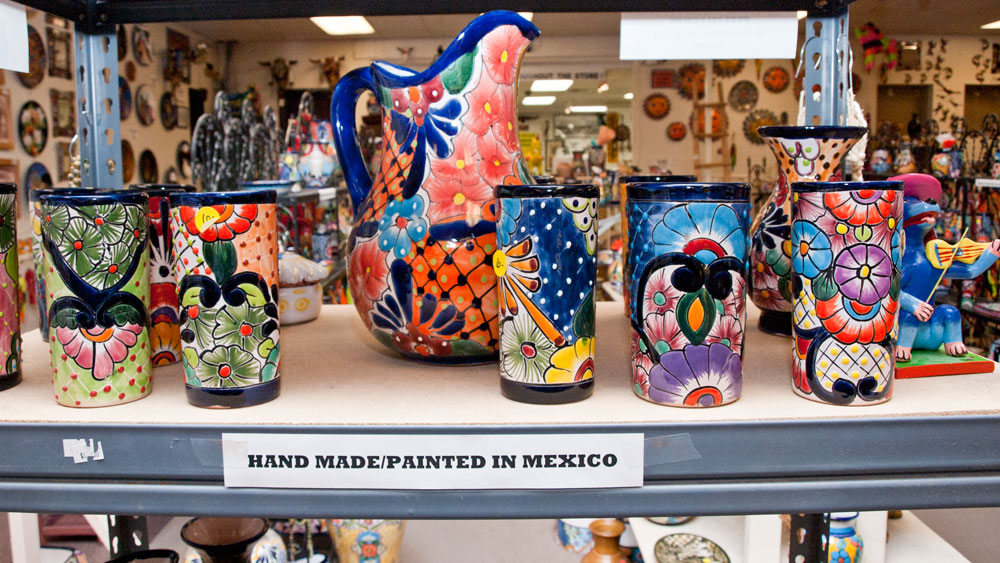 “Never did we expect during the negotiations the success that NAFTA has had,” said Dr. Herminio Blanco, founder of Soluciones Estratégicas and former Minister of Trade and Industry for Mexico. Speaking to students and faculty at the The University of Texas at El Paso February 7, Blanco said, “Mexico has been able to attract $160 billion. Never would we have thought that possible.” The number of jobs created in Mexico by NAFTA is difficult to establish, he said, “…but definitely we’re speaking about at least 2 million families that have jobs directly created by investments that came to Mexico because of NAFTA.”

Proponents and opponents of the agreement that created the world’s largest free trade market are still debating the merits of the pact.

Although the United States has seen benefits associated with NAFTA not all businesses have profited from the treaty. According to Ricky Jimenez Carrasco a local photographer who handles advertising/marketing for his, Xicali Imports in El Paso, Texas, NAFTA has had a negative effect on the business. Xicali Imports is one of the businesses that feel negatively affected but NAFTA. (Robert Brown/Borderizne.com)

“The way the traffic was running through downtown [before NAFTA] was very profitable, I mean it boomed,” said Carrasco. “Somewhere around the time of NAFTA that slowed down to a trickle, that did not kill us but it did hurt us immensely.”

Although some businesses have been affected adversely with the implementation of NAFTA, other businesses such as the El Paso Saddleblanket have been able to benefit from it.

“We’ve been in the import/export business for over 42 years, since 1970 and we’ve always had a wonderful relationship with Mexico,” said Luke Henson Wells, General Manager for the El Paso Saddleblanket Company, “What NAFTA has done is just really to streamline the process and made it a lot more accessible.”

With the creation of the world’s largest free trade area via NAFTA, importers and exporters from the three participating countries, The United States, Canada, and Mexico, must ensure that certain requirements for their goods to qualify under the NAFTA terms are met.

“We trade all over the world and countries that have trade agreements, like the United States and Mexico have NAFTA,” said Wells, “it just really facilitates the trade of arts and crafts and merchandise in a way it just doesn’t happen when those types of agreements aren’t in place.” A small group of people gathered outside the conference room to protest against NAFTA. (Robert Brown/Borderzine.com)

Although businesses in all three of the participatory countries involved in NAFTA are seeing and enjoying the benefits of NAFTA there are those who are opposed to the pact.

One of the arguments that opposers to NAFTA put forth is the loss of jobs from one country to another, especially between The United States and Mexico, yet according to its NAFTA – Myth vs. Fact PDF file created in March of 2008, The Office of The United States Trade Representative states U.S. employment rose from 110.8 million people in 1993 to 137.6 million in 2007, an increase of 24 percent. The average unemployment rate was 5.1 percent in the period 1994-2007, compared to 7.1 percent during the period 1980-1993.