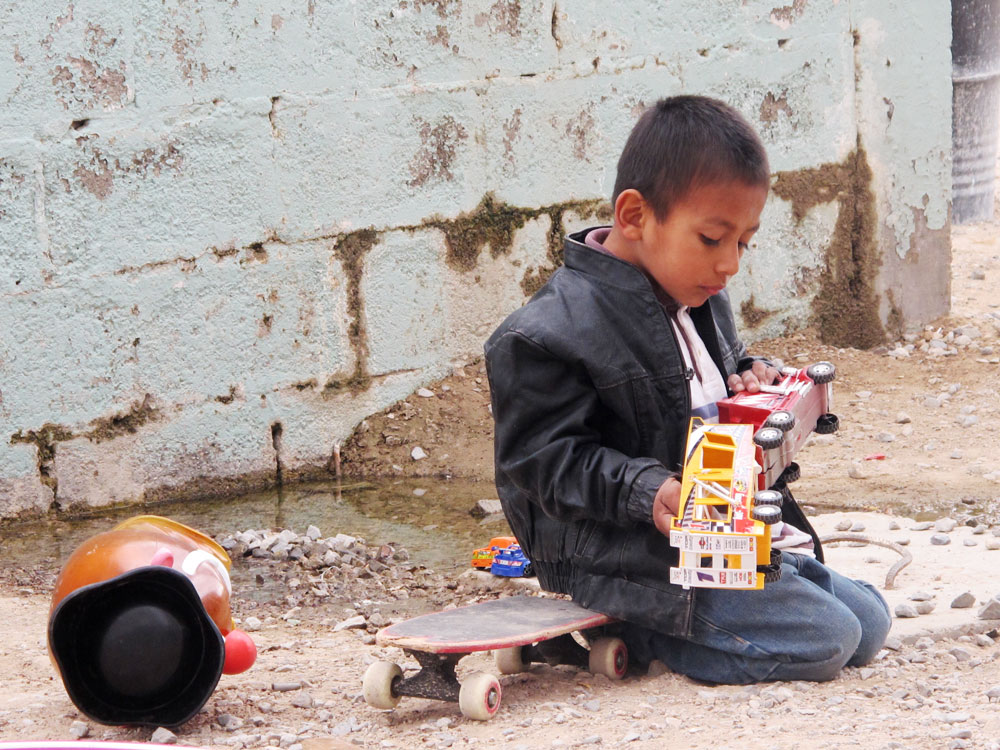 CIUDAD JUAREZ – The little boy about five years old, covered with dirt from head to toe, played outside on the hard cement with his old toys, not minding the cold and windy afternoon or the rain that threatened to start at any minute.

He is one of the 100 children that live in Shelter Home Bethel, in this border city. Josefina Valencia, 59, founded the shelter 20 years ago when she took in a young boy who was addicted to drugs. “I told him that when he wanted to change his life to look for me. He was the first one that I ever helped. I gave him shelter in my house.”

All the children in the shelter have suffered some type of violence, she said. They come from a very troubled background, suffering from multiple instances of abuse, from being raped, beaten and abandoned. “Some of the children have parents, but a lot of times they prefer leaving them here because they don’t even have money to feed them, or they have an addiction problem. Sometimes they come and visit whenever they can.” Jovani, 9, wants to be a soldier when he grows up. (Idali Cruz/Borderzine.com)

Teresita Parra, a kindergarten teacher, has been a volunteer at the shelter for two years.  She visits the shelter on Sundays with other volunteers and prepares food for the children.  “I want to give joy to the children by preparing delicious food that they can enjoy.”

Parra said she likes the environment of the shelter because the children are happier there than in their own homes where most of them had problems. “There are some children that have parents but they never see them; others don’t even know them.”

Raul, 13, and Jovani, 9, have lived in the shelter for approximately five years. They both lived in an environment of domestic violence. “What I like about this place is that there are games. I like playing,” Jovani said. “Yeah, me too,” Raul adds. “When I grow up I want to be a teacher,” Raul said. “And I want to be a soldier,” Jovani said.

Valencia said that although the need for shelter has increased in recent years and aid from American churches has decreased because of the violence in Juarez, contributions from Mexicans have increased making up some of the slack.

“We have been receiving children of the violence. I think the number of children coming have increased because of it. The work has increased and the donations have decreased, because Americans do not come anymore,” Valencia said.

American churches helped build the shelter, Valencia said. “American churches used to come every two years to build. The help we receive from Americans is almost zero now, with some exceptions. But Mexicans are now waking up to the culture of giving. That’s how we support ourselves now.”

Valencia said she suffered a stroke recently, but she wasn’t worried about herself.  “I was worried about the children that depend on me.  That is the story,” she said.

Jovani, 9, wants to be a soldier when he grows up. (Idali Cruz/Borderzine.com)

Children at the shelter help with chores such as cooking. (Idali Cruz/Borderzine.com)