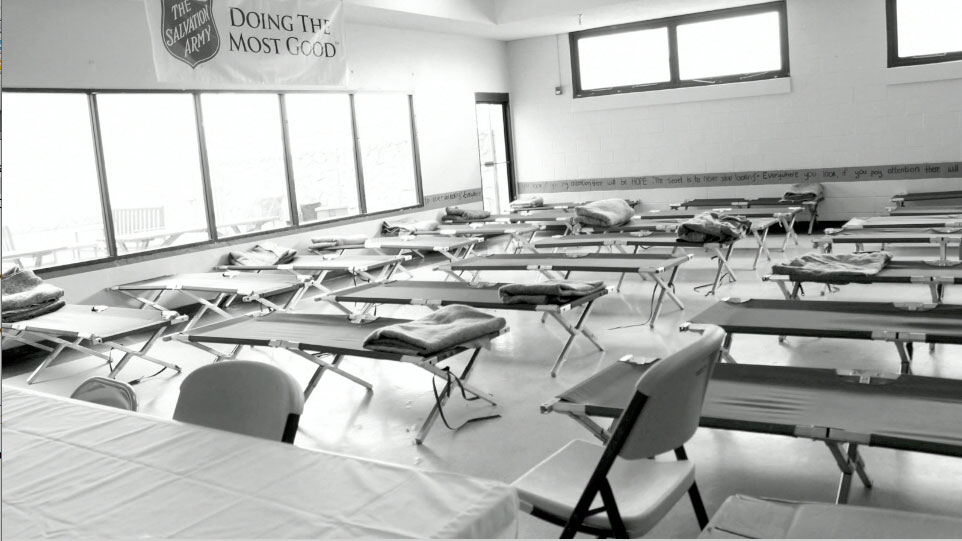 EL PASO – This border city is well known for being charitable, especially when the holidays roll around, but El Paso has been hit hard by the weakened national economy, which means that community volunteering and donations are on a decline even though there is a greater need than ever.

Nonprofit organizations such as the West Texas Food Bank, the Rescue Mission of El Paso and the Salvation Army need plenty of donations and volunteers year round, not only during the holiday season.

Nick Maskill, a driver at the Rescue Mission of El Paso told Borderzine that many people donate during the holidays. “Everybody wants to give to somebody,” he said. Yet at other times, these nonprofit organizations have a hard time keeping up with the need in this growing city. At other times of the year people are not donating as much. “Some months it’s just dead. I’ll have one pick up all day,” said Maskill.

Unfortunately, now when the need is greater than ever, there seems to be a shortage of donations of money, food, and necessary items to these organizations.

Anthony Guzman from the West Texas Food Bank (WTFB) said, “When you look at the face of hunger you think of a homeless person; but it is no longer the case. It’s people like you and I, blue-collar people, two adults working at home –they’re just not making it. They have to choose whether they pay their rent, put gas in the car, or buy food. ” The Salvation Army is a well-known organization that is famous for the Red Kettle Campaign during the holidays. When this campaign starts off you know that Christmas is just around the corner. According to John W. Martin, director of the Salvation Army, the organization expects to raise about $500,000 this holiday season through the Red Kettle Campaign.

Last year, the campaign raised over $350,000. The Salvation Army operates a community food pantry that provides food to the needy apart from those who reside at the shelter. According to Martin, the worst impact the bad economy has had this year is on the food donations. “They are at 40 percent of what we were at last year,” he said.

These nonprofit organizations fortunately have other resources, aside from individual donations that help keep their items replenished. Other smaller outside nonprofit agencies help to keep up with the growing demand.

According to Guzman, “The need is great. One in four people actually need the food assistance we are providing with our partner agencies. “

There are some 100 partner agencies in El Paso that serve between 7,000 to 8,000 families every month. “That’s a lot of individuals,” said Guzman, “but in order to keep them operating, the word needs to spread about these great organizations and what they do for this community,” Guzman said.

To have the feasibility to keep up with the growing demand, there must now be a greater amount of community participation. “I would say more than half of El Paso doesn’t even know that we’re here, let alone what we do,” said Guzman.

“The Salvation Army could not survive without the communities help,” Martin said. He emphasized that these non-profits have a great need of donations and volunteers, not just during the holidays but year-round.