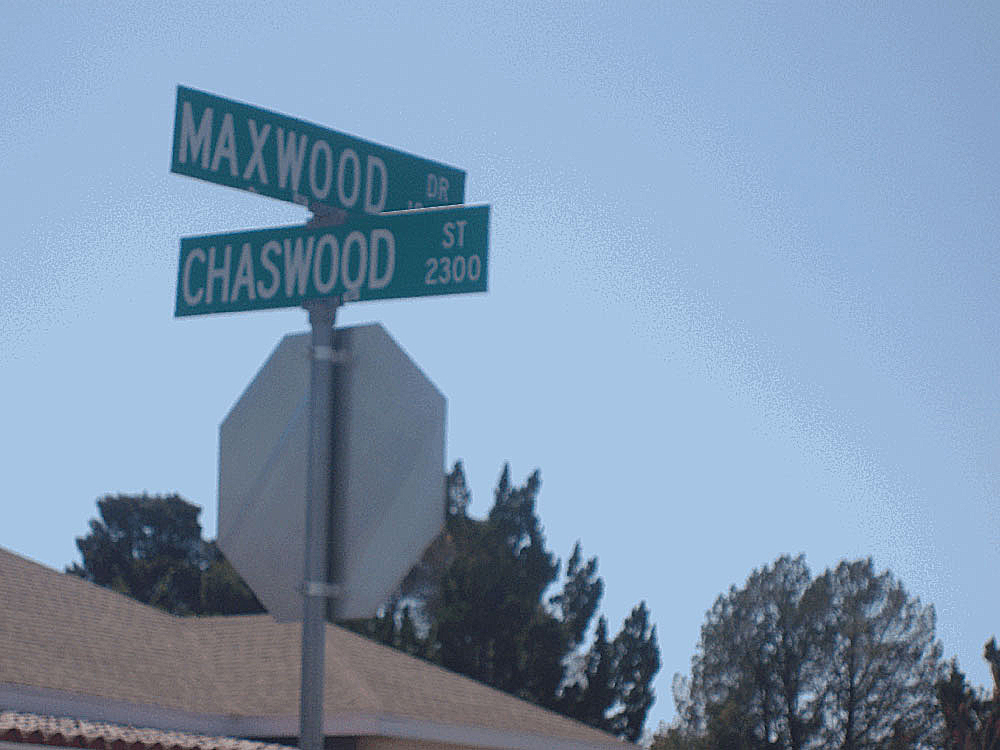 The community at the intersection of Maxwood and Chaswood will benefit from a societal issue research project by UTEP students. (Guerrero García/Borderzine.com) The community at the intersection of Maxwood and Chaswood will benefit from a societal issue research project by UTEP students. (Guerrero García/Borderzine.com)

EL PASO – She slept comfortably inside her apartment in the Maxwood neighborhood in east El Paso not knowing that her car was broken into under the cover of the night’s darkness and that her laptop computer had been stolen.

Itzel Duran, a junior psychology student at the University of Texas at El Paso, was yet another victim of burglary in that part of town. “It is not the worst part of the city,” said Duran, “but the lack of lighting gives an opportunity to delinquents of vandalism and theft.”

That community at the intersection of Maxwood and Chaswood does not have adequate street lighting and many of the residents have been victims of some type of crime. The residents were unaware that a process existed that they could follow as a community in order to obtain streetlights.

As part of a societal issue research project, Duran addressed the issue of inadequate street lighting in her neighborhood and together with her research partners Irasema Cuellar and Sarai Bibriescas managed to obtain the proper lighting for the community by educating the neighbors about the city’s procedures. The students went out to the community to interview residents and learn first hand about their experiences.

A survey conducted by the students showed that all neighbors felt there was not enough street lighting. All the neighbors agreed that the lack of lighting had affected their home security and considered their street to be the frequent target of vandalism and frequent scene accidents.

According to interviews by the students, a resident of the area for over 40 years, Francis Aguilera, feels the lack of lighting is the main reason for thefts and vandalism in her own home. “We’ve had items taken from our back yard numerous times, and even had our windows broken,” she said.

The students went to the Pebble Hills Police Station to seek information about the crimes. In an interview with Crime Analyst Officer Isaac Mendez, the students learned that in recent years the Maxwood and Chaswood community had witnessed an increase in crime.

“There have been reports in the past not only of burglary but of destroyed property, abandoned narcotics and class C assault charges,” said Cuellar. The dark streets become ideal for juveniles to park their car and part-take in criminal activity.

The survey also revealed that the majority of the residents were not aware of the process to request the installation of streetlights. The students went door-to-door informing the residents about the streetlight petition and on what actions to take.

“Each resident had their own story about what they’ve been through because of the lack of lighting,” said Bibrienda. “They were willing to cooperate; they learned about the process and signed the petition.”

As part of the process, the research team met with the traffic control specialist from the city’s traffic division in The Department of Transportation, who went over the procedure for the installation of city streetlights. First, a petition form was given to them requiring the signatures of the residents.

If the streetlight installation is on a four-way stop, the signatures from residents of all four corners must be provided. For streetlights between homes the residents on both sides and directly across the proposed street light location must sign the petition.

“Once we obtained the required signatures the petition form was turned in to traffic division,” said Cuellar. “The city then sends a traffic specialist to examine the area.”

The traffic specialist evaluates the area to determine if there is a need for street lighting. Streetlights are required to be spaced at 250 feet to 300 feet from any existing streetlight. After approving the request for a streetlight the petition form is then sent to the El Paso Electric Company, which is in charge of installing them.

The community of Maxwood and Chaswood will soon be illuminated at night with an 8500-lumen high-pressure sodium full-cut off street lighting fixture. The power and maintenance cost for the street lighting will be paid by the city.

“They were really in need of light in their streets so this will impact them in a positive way,” said Bibriescas. Being able to provide that for them and being able to inform them of the process required was a valuable experience.”

The students plan to disseminate their experiences with this community to different communities in the dark about the process required for obtaining proper street lighting fixtures.

We want to visit different neighborhoods in the city that are lacking street lighting –to see if they are facing similar or different problems, and to inform them about the process,” said Cuellar.