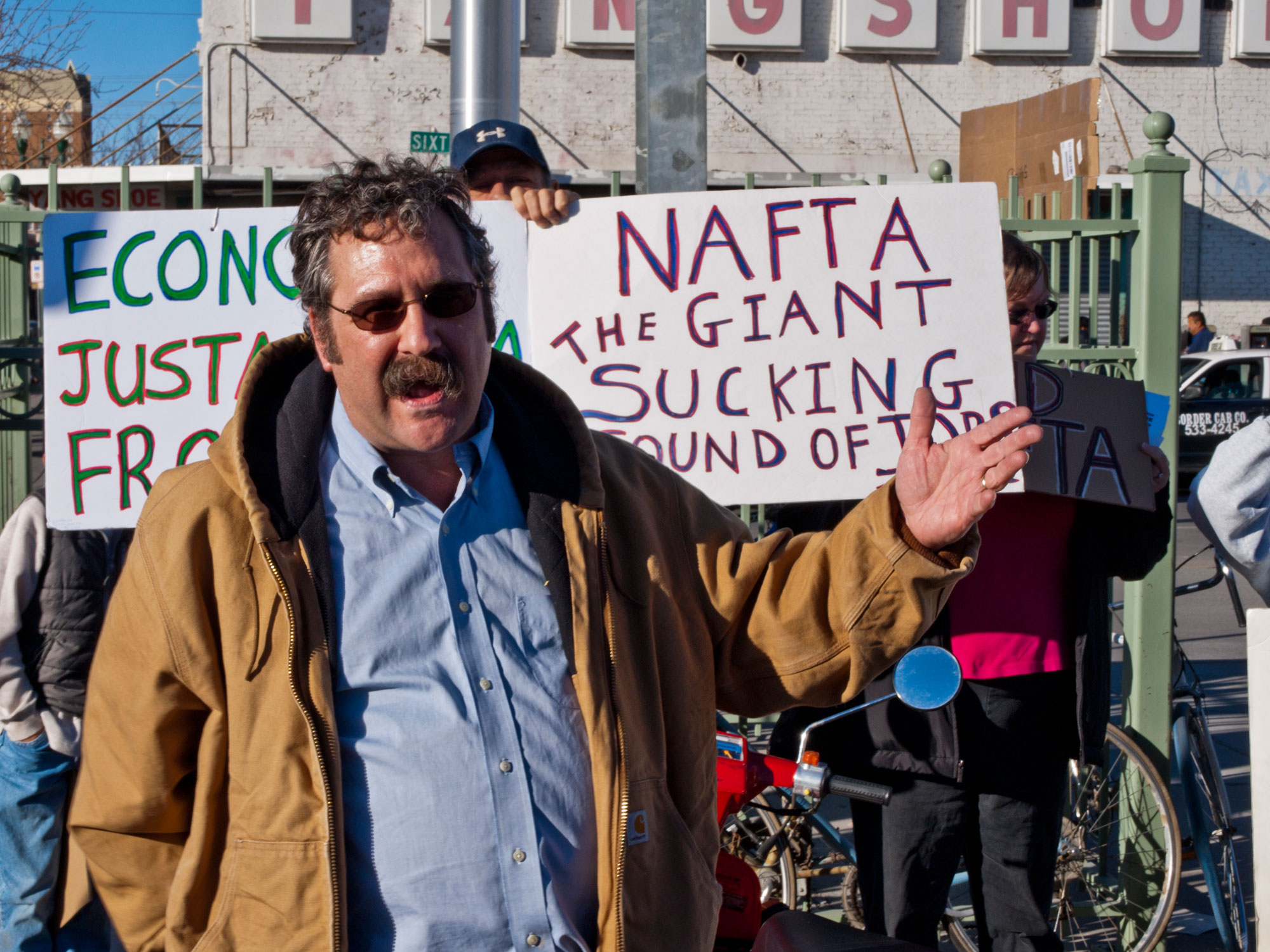 EL PASO –  While most folks celebrated New Year’s Day with family and friends thinking about those unachievable resolutions, some two dozen people from Occupy El Paso and Occupy Las Cruces flocked to the Santa Fe Bridge, also known as the Puente Del Norte (PDN or Bridge of the North), to protest the North American Free Trade Agreement (NAFTA), which marked its 18th year on January 1st.

With signs demanding an end to NAFTA (Have ta End NAFTA, Free Trade isn’t free, NAFTA Cost Us Our Jobs and the like), members of the Occupy Movements accompanied by members of the El Paso Chapter of The Brown Berets held what they referred to as a teach-in where speakers would speak against NAFTA.

“This is one of the ways that we can work on the overall goal which is to make the public aware of the disaster that the last 18 years of NAFTA have been,” said Joe Heyman a volunteer with Occupy El Paso and a Professor and Chair of Sociology and Anthropology Department with the University of Texas at El Paso.

Some of the complaints listed in a pamphlet handed out by participants at the rally were that NAFTA has cost 682,900 U.S. jobs, including 35,000 from El Paso, the disparagement in pay between U.S. and Mexican factory workers, and that trade is responsible for 15% – 25% of the growth in wage inequality in the U.S.

One of the speakers at the rally, Lorena Andrade, a member of Mujer Obrera, an organization for working Mexican women, said that the majority of the 35,000 jobs lost belonged to women, most of them older than 50 years of age, with very little English and a low level of formal education.

NAFTA is the free trade agreement between Canada, the United States, and Mexico which was designed to facilitate International Trade between the countries by opening the borders of each nation to the commodities of the other two member nations and in doing so create the world’s largest free trade area.

Members of the El Paso Chapter of The Brown Berets. (Robert Brown/Borderzine.com)