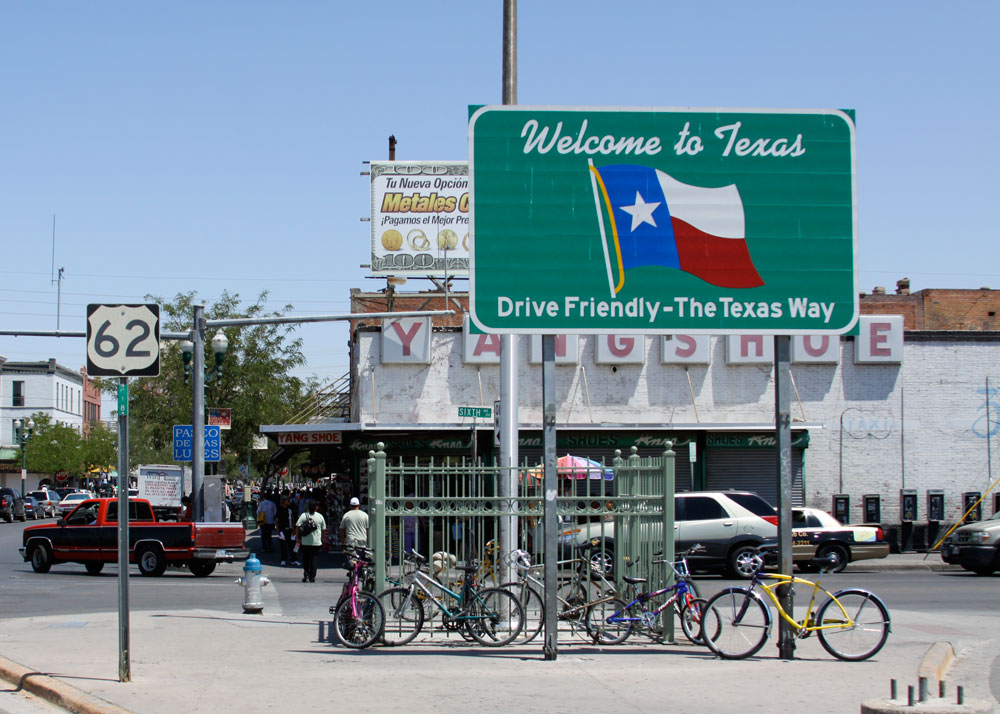 El Paso, a border city considered by some as part of Mexico. (Raymundo Aguirre/Borderzine.com)

EL PASO – Every time I’ve gone on vacation with my friends, people ask us where we are from. The conversation usually goes something like this: “We’re from Texas.” “I love Texas! What part?” “El Paso.” “Oh, so like, Mexico?” Yes, that’s right, at least once in Las Vegas, Chicago, San Diego, and even in Europe, people thought we were basically from Mexico.

This used to bother me because I will always pride myself on being a patriotic American citizen; however, I started to see how it would be easy for people outside of Texas to think that El Paso was just this forgotten part of the United States that somehow belonged to Mexico also. If you look at reports about border violence in Mexico, El Paso is almost always mentioned as the sister city to Ciudad Juarez. El Paso, a border city considered by some as part of Mexico. (Raymundo Aguirre/Borderzine.com)

For years, I told myself I would leave El Paso as soon as I graduated from UTEP and never look back – or move back. I was one of those people that said El Paso had no opportunity for me whatsoever and that it was just a place where I was brought up because my entire family was here. Living part of my life in Chicago, I knew that there was a different and much bigger world outside of this dusty little border city.

These were always my thoughts until I met my biggest passion a couple of years ago – journalism. My first journalism class was taken with Professor Smith-Soto and I remember being intrigued by his stories. He always told stories. My favorite, of course, is his story about when he spent time observing state prisons as an investigative journalist. You would think this story was yet another lecture, I mean after all, what can you find in a prison except strict policy, routines and prisoners? Well, it turns out there was a lot to see and if you haven’t heard this story, I suggest you take his class to find out.

Getting back to my own life, I realized then that journalism had the potential of showing me how people were living, getting by, or struggling and barely getting by, here in my very own city. I took this to heart, and started writing as much as I could. I saw things that intrigued me and I wrote them immediately – on bar napkins, gum wrappers, anything that was available to me –, and I explored them on my own.

I started interning with magazines and I wrote about events and politicians and began to learn more about the tough, yet fulfilling world of journalism. This year, I started to write more seriously for Borderzine and met some really amazing individuals on my journey through the semester. There was an artist named Mago Gandara, who’s story of survival not only inspired me, but encouraged me to always fight for what I believe in no matter who tries to stand in my way. She gave me a deeper meaning of the term “Mexican-American”, something that will always be a part of me.

Then of course, there were some of the people I met while shooting photos at Occupy El Paso, who shared with me their stories – many were veterans, and I’ve never been more thankful for anyone who bravely serves our country. I also got to see and write about the fall of what was once a thriving business in El Paso. Taking photos of the vacant building was a painful reminder of just how real economic despair is right now.

As I approach my last semester of college, I think about those days when all I wanted to do was leave El Paso and everything that it meant – it seems like a time so far away from who I am now. I know some time in the next year, a job awaits me in some big city where I can put my investigative interests to work; and when I do begin to pack my bags, I’ll start to miss the culture, the sunshine, the people, – even the burrito carts – before I’m even gone.

Because after all, you can take the girl out of El Paso, but you can’t take El Paso out of the girl.

I am a 21-year old student journalist and a senior at UTEP. I'm majoring in Multi-Media Journalism with a minor in English and American Literature. I have a passion for all things journalism, more specifically in the entertainment or investigative field. I'm curious, witty, and always up for a challenge!