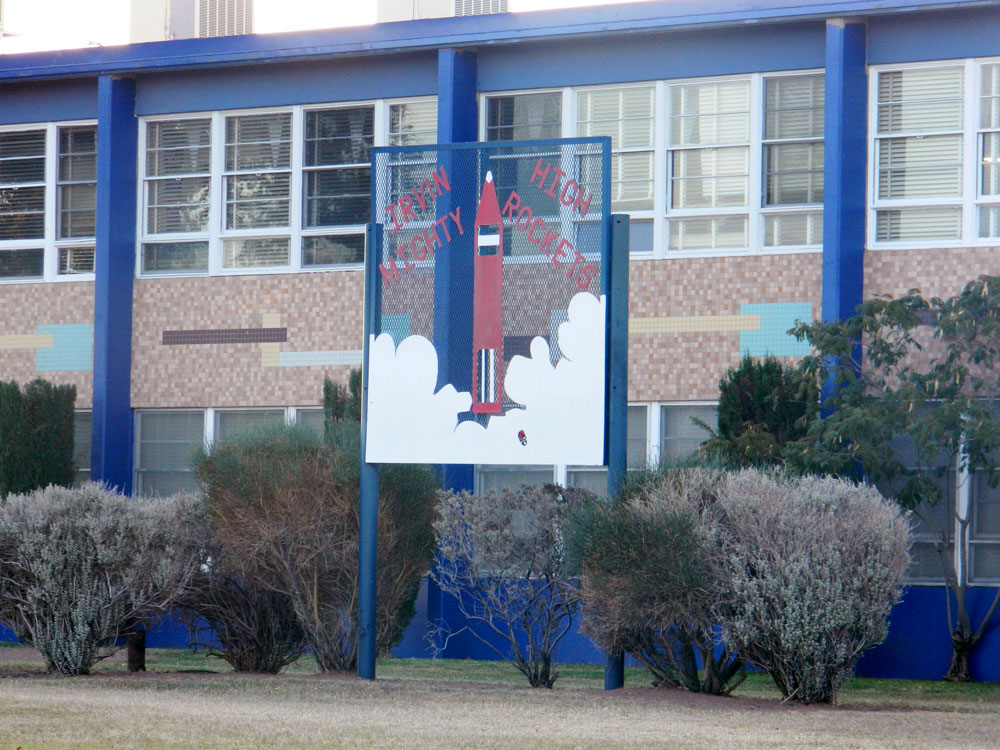 EL PASO – Due to the high level of violence in Cd. Juárez, many families are migrating to El Paso in search of a better life, but as their children enter school here many of them struggle to learn English.

The El Paso Independent School District saw an increase of 8 percent in the number of Limited English Proficiency (LEP) students between 2007 and 2010. The number of students enrolling in English as a Second Language (ESL) programs also continues to grow, according to the Texas Education Agency. Students who demonstrate limited English proficiency are eligible for programs that will help them with their educational needs but not all pupils identified as LEP receive bilingual or ESL instruction.

Maria is currently attending Irvin High School. She migrated from Cd. Juárez 10 years ago and she says that she still hasn’t mastered the English language. She said her school offers a good bilingual program.

“They give me special attention, tutoring and even provide me with a mechanical translator to carry for all my classes,” she said, but this seems insufficient for her to master English.

Maria’s daily routine life contributes to her difficulty. She goes to school and hangs out with her Spanish-speaking friends and then goes home where everyone speaks Spanish.

“I really don’t speak English at all, only if my teacher makes me speak in class at school,” she said. Maria does admit that she will need to speak more English once she graduates to find a better job.

“This year I have to take the TAKS test and I’m worried because I don’t feel competent to pass this test and if I don’t pass it I won’t be able to graduate from high school.”

On the other hand, Fernando, who immigrated to El Paso 10 years ago and graduated from Irvin High School, is able to communicate in English with no difficulty.

“When I first came to El Paso I knew zero English,” Fernando said.  “I began to understand English by listening to my cousins and watching English TV.”

According to Fernando it was not hard for him to learn English since he heard the language and practiced it everyday at home with his cousins. Fernando says he is happy to know English because by his junior year he was able to pass the TAKS test and now he is able to find a better job.

There are several factors that can explain how some individuals acquire a second language faster and better than others.

“The rate of second language learning is related to the amount of exposure to input, opportunities to use language in meaningful ways among other factors,” said Alfredo Urzúa Beltrán, Linguistics Professor at UTEP.

This means that the amount of time and chances a learner is immerse in the target language is very important when learning a second language.  This is why it was easier for Fernando, who heard and practiced the language every day, to learn English than to Maria who didn’t practice and didn’t listen to English often.

“We expect individual differences like personality and motivation to play a major role in second language acquisition too,” said Urzúa.

Sandra, a mother of two boys attending an EPISD school, says she would rather have her children in bilingual classes. She believes this will help her sons acquire both English and Spanish.

“I don’t speak English so my two sons will only learn English at school,” Sandra said.  She wants them to learn both languages equally, so placing them in bilingual classes will help them understand both languages at home and school.

Editor’s note: Surnames were omitted from this article to protect the privacy of the students.

3 thoughts on “New immigrants face a language barrier in the U.S.”