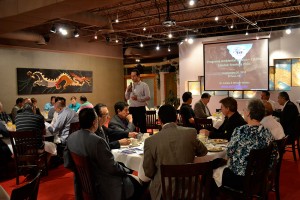 EL PASO – The violence in Ciudad Juarez has had a huge impact in the cross-border area economy in recent years as businesses relocated here to become successful enterprises. The emigrating business owners, however, did not sever all ties to Juarez. The drug war and the climate of criminality it spawned took a huge toll on the Mexican economy, closing down businesses, chasing away clientele and most importantly stemming cash flow. This caused a large number of establishments to slash prices, cut jobs and eventually just close down. Many Mexican investors took a leap of faith and transferred their assets across the border to find a safe environment where their business would flourish.

EL PASO – New businesses and professionals resettling here from México have assimilated almost seamlessly into the local culture and economy in the last two years with the help and oversight of a close-knit network they formed to orient and advise them. Known as La Red, the organization with 300-plus members aims to assist its new immigrant middle-class membership with business and legal advice.  La Red includes business entrepreneurs, laywers, architects and other professionals. They help empresarios from Juárez transfer their businesses to El Paso using L1A visas.  In 2010 L1A visas were issued to 5,000  Mexican business professionals, according to the U.S. state department statistics. The L1A visa is a quicker way for professionals to establish residency for up to seven years and it allows them to bring children under the age of 21.  La Red retains lawyers who can help with the proper documentation. Once issued the visa, they must prove that the business is succesful.  The visa can be renewed every two years.