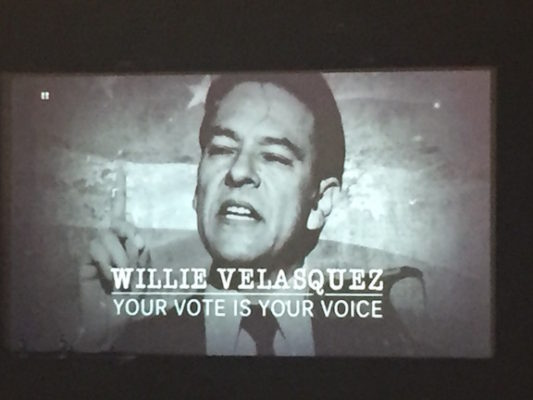 Chicano filmmaker, Hector Galán documents the legacy of Willie Velasquez, the Mexican-American activist, who launched a grassroots movement that forever changed the political landscape in the United States in his Public Broadcasting Service (PBS) documentary, Willie Velasquez: Your Vote is Your Voice.” The film breaks cultural barriers highlighting the importance of the Latino vote and was recently presented at The University of Texas at El Paso’s Union Cinema and was accompanied by a voter registration effort to honor Velasquez’s legacy. A production of Galan Incorporated and Latino Public Broadcasting, “Willie Velasquez: Your Vote Is Your Voice,” showcases the life of the man who led the Southwest Voter Registration and Education Project and launched 1,000 voter registration drives in 200 cities. Velasquez paved the way for Latinos to have a voice in government and underscored the growing power of the Latino vote. Chicano independent filmmaker, Hector Galan directed the documentary shedding light on the Latino voting revolution. 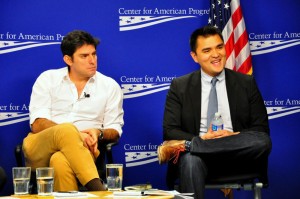 WASHINGTON – Half a century has gone by since citizens of Alabama marched to oppose harsh state and national laws that restricted the rights of black Americans. Now it seems as though the state has found itself entrenched in the same battle, this time however, at the heart of the matter are undocumented immigrants. Chris Weitz, the director of hit movies such as “American Pie” and “The Twilight Saga: New Moon,” teamed with Pulitzer Prize winning journalist Jose Antonio Vargas, to put together a project, “Is This Alabama?”

Coyotes say who lives or dies along “389 Miles” of the U. S.–México border

EL PASO – The length of the Arizona-Sonora, México border runs for only 389 miles, but the human stories on both sides of that line are countless. The documentary “389 Miles: Living the Border” by director/producer Luis Carlos Davis, explores the ongoing struggles of Mexican citizens who try to cross the border to get to the U.S. The documentary had a recent showing at the University of Texas at El Paso followed by a panel discuss that included university professors, students and the director of the film. “Something I really wanted to do when I started this project was to be really open hear what everyone had to say,” Davis said. “This is not a black and white situation. It has many layers.

EL PASO, Texas — The Sun City Film festival, supposedly a biannual event, seemed forgotten after a three-year absence, but finally it came back to life giving student film makers another opportunity to show El Paso their movie-making skills. Patrick Mullins, senior lecturer in the Communication department at the University of Texas at El Paso (UTEP), first envisioned the festival as a biannual event, but things did not exactly turn out the way he had planned. “It had been three years. I think the original idea was if not a yearly than to have a biannual festival and because of other projects three years have gone by,” Mullins said. “We thought it was high time to have a student film festival here on campus again.”

The Sun City Film festival came back —April 30-May 1—and the response to it from the student filmmakers was positive.