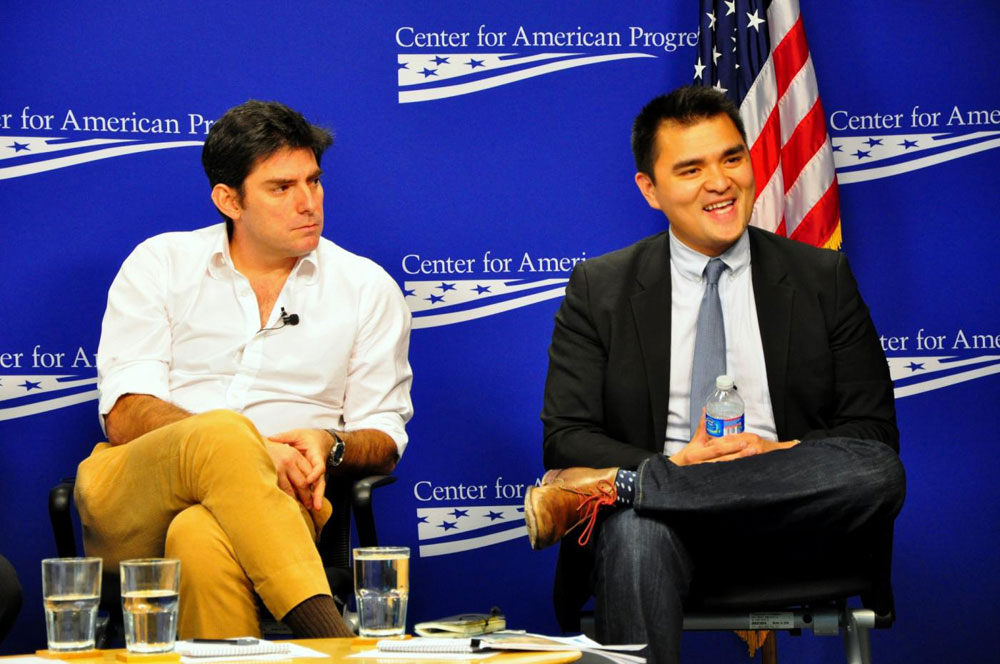 WASHINGTON – Half a century has gone by since citizens of Alabama marched to oppose harsh state and national laws that restricted the rights of black Americans.

Now it seems as though the state has found itself entrenched in the same battle, this time however, at the heart of the matter are undocumented immigrants.

Chris Weitz, the director of hit movies such as “American Pie” and “The Twilight Saga: New Moon,” teamed with Pulitzer Prize winning journalist Jose Antonio Vargas, to put together a project, “Is This Alabama?”

He and Weitz want to showcase the social and economic impact of H.B. 56, a state law that is regarded as one of the toughest anti-immigration bills in the United States.

“There is an old spirit of the remnants of the segregated south and of Jim Crow that still comes to life every once in a while,” Weitz said. “There is a new spirit as well, of being able to get past all that.”

On the first Monday after immigration law went into effect, 2,285 Latino students did not show up for school, according to the Center for American Progress report Alabama’s Immigration Disaster. In Weitz’s video “The Two Faces of Alabama,” an elementary school teacher recounts her reactions.

“To be in Alabama and see the human stories of the teacher who is literally trying to figure out how to explain to the kids that Pedro and Juan and all these other students had just got up and left,” Vargas said. “How do you explain that to people, and what is the job of this teacher?”

H.B. 56 requires schools to verify and report the immigration status of students. This has sent a shockwave through a state where 2.5 percent of the population is undocumented, according to the Center for American Progress.

“This region that has always defined itself as black and white, and that was easy,” Tom Baxter, columnist for the Saporta Report and the CAP report author, said. “It has suddenly become something that is very different.”

In contrast to states in the Southwest, Latinos represent a small group in Alabama, 185,602 out of the more than 4.7 million people, or 4 percent. Even with low numbers, Alabama ranked second in 2010 among states with the largest Hispanic population growth since 2000.

Baxter said the NAACP was ambivalent about the issue at first.

“Within African American churches there has been a conversation since the passage of this law with the identification of their struggle with the struggle that is going right now,” Baxter said.

In the film, “What Alabama Knows About Civil Rights,” U.W. Clemons, former U.S. District Court chief judge, talks with a student from the University of Alabama at Birmingham about repercussion of H.B. 56 and the connection black Americans have with Latinos in Alabama.

“This is where the power of an African American civil rights leader making that connection is so much more important than what I can ever say,” Vargas said. “We all come from somewhere. That is an interesting point when you hear so many of our politicians talk about immigration like we all have collective amnesia.”

Baxter said he thinks a repeal of H.B. 56 is a long shot, but because of economic shortcomings, the bill could be modified.

He estimated that the Alabama law has cost the state $10.8 billion and 140,000 jobs. The damage to the agricultural sector is unclear, but Baxter said the industry, along with foreign investment, could take a significant hit.

Although economic projections point toward an economic slump, the job sector has been promising since the bill became law. From October to December, Alabama’s unemployment rate dropped from 9.3 percent to 8.1 percent.

Alabama and Arizona officials said they enacted state laws because the federal government was not doing a good job of enforcing federal immigration laws.