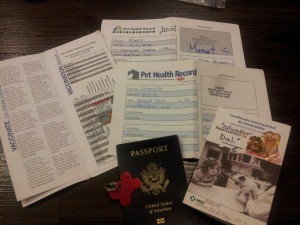 For Elva Lomas, that is what a typical veterinary visit consists of. “Going over [to Mexico] isn’t even hard for me,” Lomas said.  “Having a SENTRI pass, I can take and bring my dogs really easily, and since I have all these dogs it’s just cheap and easy for me.”

Lomas has been traveling to and from Mexicali for years—by car and on foot—to have her beloved dogs cared for by Mexican veterinarians who charge far less for the same services and medicines than their American counterparts do.  She is among a new crowd of Americans looking for lower-cost health care, not for themselves, but for their four-legged companions. “Medical tourism” in Mexicali typically comprises physician care as minor as root canals and as major as plastic surgery, the pursuit of less expensive pharmaceutical goods, and even veterinary care.  Mexicali Mayor Francisco Perez Tejada said more than 150,000 U.S. visitors in 2010 generated more than $16 million for the local border economy. For people like Lomas, a trip across the border is a small sacrifice for an affordable price. Lomas pays about $50 dollars a month on dog food alone.  Adding required annual shots, initial spaying and neutering, and any emergency care and medication her dogs might need could drift expenses into the four-digit range every year on this side of the border.