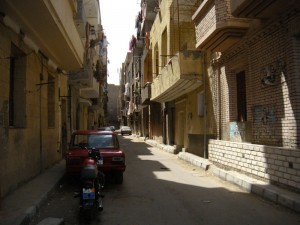 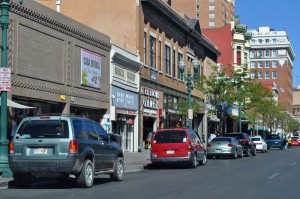 EL PASO – After being named one of the five safest cities in America every year since 1997, El Paso attained the top spot for the first time in 2011 –número uno– as the safest city in America. According to the Congressional Quarterly Press City Crime Rankings of cities with populations of 500,000 or more, El Paso finally became the “safest city” this year. The study made by the research company was created to help law enforcement agencies identify localities with problems, to allocate grant funding, and to compare crime rates from different jurisdictions. Being just across the border from one of the most violent cities in the western hemisphere, El Paso has managed to stay at the top of the list. Immigrants tend to get the blame for whatever crime occurs here, but UTEP Lecturer Melinda Lauck disagrees.

El Paso tops Newsweek’s List of “Can-do Capitals,” but can it really do?

EL PASO – It’s a tale of one city with three different stories. There are three contrasting viewpoints on the placement of El Paso at the top the list of “Can-do Capitals” published by Newsweek Magazine last month. Based on data from the federal government and Moody’s (an economic research company), the border city was named America’s Can-do capital, first on a list of 200 U.S. cities. The recent Moody’s study rated the cities in four different  categories –sustainability, transportation & infrastructure, business development and livability. Each index was graded on a scale of 0-25 points, with all four aspects totaling 100 points.

EL PASO – An expected doubling of the populations of Cd. Juárez and El Paso by 2035 would cause dramatic delays at the border bridges resulting in a threat to business in both cities instead of providing larger markets. By 2035 the combined population of both cities is expected to reach 3.4 million, compared to 1.1 million in 1980 and nearly 2 million today. According to a study by the Texas Department of Transportation, the continuous population growth will cause wait times on international bridges to increase from two hours today to almost four hours 25 years from now. The extended wait times will provoke a negative effect in El Paso-Juárez business, said Dr. Gary Hedrick, assistant professor of finance at the University of Texas at El Paso.