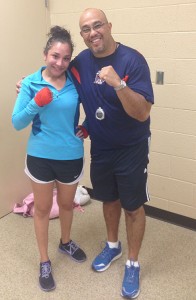 Her will to win undefeated, Amanda Ramirez keeps on punching

EL PASO – With the sour taste of defeat still in her mouth from last year’s Golden Gloves tournament, Amanda Ramirez went on a tough yearlong training program hoping to win this year, but she lost the bout in a close decision. Her will to push until she wins, however, remains undefeated. The 23-year-old El Pasoan boxer, now a graduate of A&M, class of 2011, trained all year for the 71st annual Regional Golden Gloves tournament that took place on Feb. 15 at the El Paso County Coliseum but was defeated by Sasha Villalva in the Female Division, 135-pound class. “I felt disappointed. 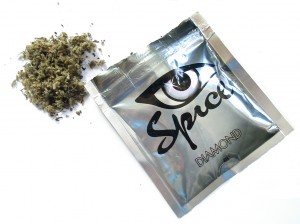 EL PASO — The cheap synthetic alternative to marijuana popularly known as K2 or Spice can be extremely hazardous to your health. “I thought it was just people exaggerating about the side effects and how strong it was. It was kind of an out-of-body experience. Everything was moving so slow. After about three minutes I started panicking because I could feel my heart beating really fast, and I couldn’t calm myself down,” said Alexandra McGoldrick, the spouse of a member of the military previously stationed at Fort Bliss.