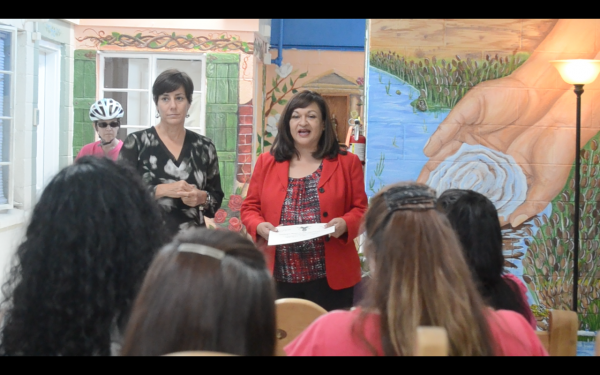 Overseeing daily cases of domestic violence prompted El Paso County Attorney Jo Anne Bernal and her staff to develop an idea for partnering with women to break the cycle of violence and help them to thrive. The idea gave birth to Cycle for Change, an annual cycling tour that began in 2013 to raise money for scholarships for women who are trying to move beyond a past of domestic violence. The scholarships can be used in pursuit of any endeavor, whether it be academic or therapeuticEl Paso’s county attorney’s office helps obtain protective orders for victims of domestic violence, dating violence, sexual assault and stalking. “When we deal with victims of domestic violence, we deal with women who are primarily in crisis,” Bernal said. Now, the county attorney’s office partners with Villa Maria, a homeless shelter for women without children, to put on Cycling for Change. 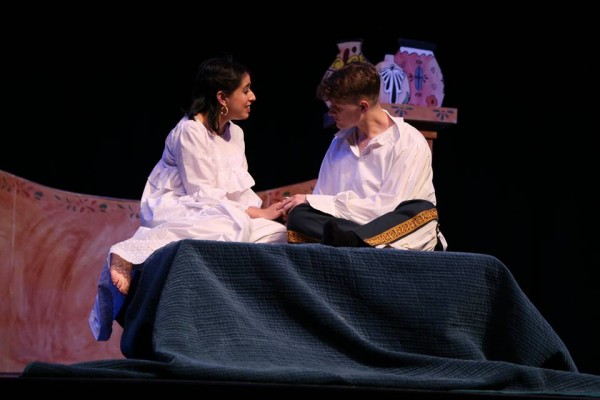 For bilingual, bicultural border cities like El Paso, Texas and Ciudad Juarez, Chihuahua, the story of two lovers whose miscommunication leads to their tragic death does not sound far fetched. Although Shakespeare’s plays were originally written in English, many, like Romeo and Juliet and Othello, have been performed all over the world in bilingual fashion to attract a broader audience. For this year’s 27th season of the local acting company, “Shakespeare on the Rocks,” Artistic Director Hector Serrano directed for the second time a bilingual version of Romeo and Juliet at the binational Chamizal National Park near downtown El Paso. The bilingual Romeo and Julieta play embodies the mission of The Chamizal, which commemorates the diplomatic negotiation between the United States and Mexico through the Chamizal Treaty. This new treaty, which ended a border dispute over land in 1848 when the Treaty of Guadalupe Hidalgo established the Río Grande River as the international boundary, negotiated the borderline because the river had naturally moved leaving Mexico with less land than was originally granted in the 1848 Treaty.