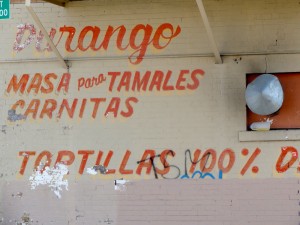 EL PASO – A graphic designer aspires to become master of the design and appearance of letters and words through study and craft. Kerning, leading, ascender, and descender –these are all words that are burned in to a graphic designer’s mind. We obsess over things like kerning, leading, and rivers, things that mean nothing to the public but make all the difference in a word’s ability to get your attention.  But here, on the borderland, some become masters of hand lettering design by tradition. El Paso has a rich tradition of hand lettering. Every local bakery or neighborhood store is covered in hand painted words declaring their Mexican authenticity. 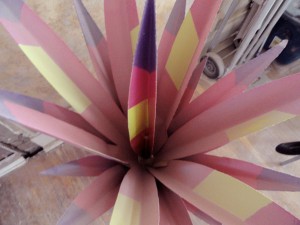 EL PASO – There is a lag between a dynamic city’s ever-evolving culture and the art on display in its galleries, especially in a city permeated with tradition like El Paso, but Martha Arzabala plan’s to change that with her new art gallery, Agave Rosa. One of the goals of Agave Rosa is to create a home for new artists, who may otherwise not have a place to show their work. “Agave Rosa is going to focus on Hispanic artists, because they are the ones that really don’t have support here. You see, the El Paso Art Association is [mostly] Anglo.”

Arzabala joined the El Paso Art Association in 2008. She volunteered to become the secretary and in one short year was elected vice-president. 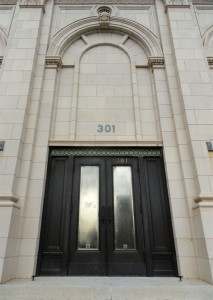 Man of a thousand funerals lives for his work

EL PASO – Most people go to only a few funerals in their lifetime, so it is hard to imagine going to hundreds, but Norman Miller says he has performed 1,000 Masonic funeral services. The 93-year-old Freemason has been conducting funeral services for the Freemasons for 48 years. “The military and Masonry have been my life,” Miller said proudly as he sat just feet away from a chapel-like room where Masonic paraphernalia is displayed in the Scottish Rite building in downtown El Paso. “I came in to the Masons in 1958… In December of 1963, I did my first Masonic funeral on an old gentleman, Mr. Pandelities.” Freemasons refer to the funeral ceremony they conduct as an orientation. The ceremony itself is very similar to non-denomination funeral services in large part because of the Freemason’s ambiguous belief in a supreme being.

Captain America punches his way into the movie mainstream

EL PASO – Six blockbuster movies based on comic books exploded into theaters this summer mirroring people’s discontent with the general state of the world. In the last seven years the genre has grown from films that appeal to a niche audience to movies that draw the general public. “You see, what they (comics) are, are historical picture books.” Mark Hajunga smiles as he stands at his counter of his store, Comic, Cards & Collectibles. He knows that the proof to his statement lies in the mountains of comics around him. Every time the world changed so did comics, sometimes even predicting future events.

EL PASO – Gunmen in four vehicles fired a barrage of more than 400 shots killing a Juárez police commander and wounding his bodyguard August 6, near an international bridge across the line from an El Paso school athletic field. Four-hundred-twenty 7.62×36 millimeter casings from AK-47 automatic assault rifles littered the crime scene at Cuatro Siglos Boulevard near the International Bridge. Commander Victor Nazario Moreno Ramirez had been the leader in a Delta tactical preventive team, a unit in charge of high-impact crime response and special operations. Later he was named commander of the downtown district, a district over run by drug dealers. “Shooting a man 400 times, is a statement, said Manny Serrano, a 20-year police officer turned instructor for the Law Enforcement-Training Academy.