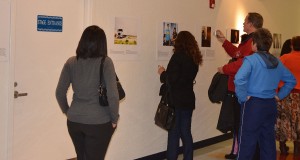 EL PASO – Berenice, six months pregnant, remembers how she was trying to relax on her bed after a long day at work when she heard her husband enter the room. Rolling on her side as he began to hit her, she shielded her body so his blows would not hit her swollen stomach. Then he demanded that she get up and clean the house and “act as a maid” even though she already has a full time job. Soon after this incident several years ago, she became the sole provider for her family, which included her husband, his mother and other extended family. Today, looking smart in a green pea coat, it is hard to imagine that Berenice is a survivor of domestic abuse. She says her daughter gave her the impetus to step out of her dangerous domestic abuse cycle.