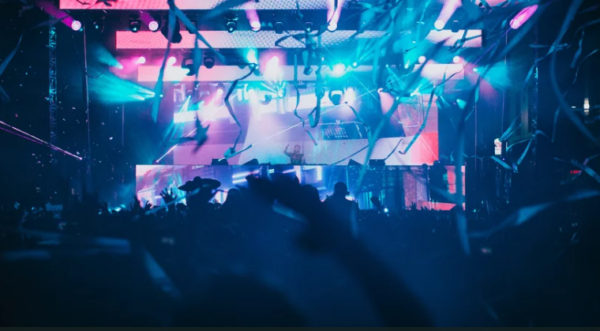 EL PASO – When Neon Desert Music Festival kicked off for its eighth time this weekend, many local bands in the lineup represent the Sun City. From the festival’s inception in 2009, Neon Desert Music Festival has continuously strived to be a yearly music event catering to its host city as a creative outlet “for El Pasoans by El Pasoans”. Cumulatively, NDMF has hosted over 170,000 attendees, with over 40,000 music fans joining last year’s two-day celebration. By reserving 15 city blocks in downtown El Paso, this west Texas music festival is one of the largest venues for a street festival in the state, according to the organizers. This year’s lineup features a mix of well-known artists such as Cardi B, Martin Garrix, Café Tacvba, GTA, and local groups such as SleepSpent, The Swell Kids, Fat Camp, and Gila Monster. 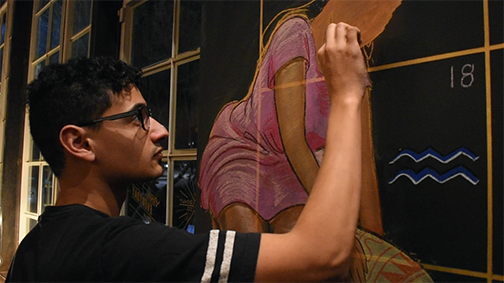 Babak Tavakoli, 25, an Art major at the University of Texas at El Paso, has gained recognition for his chalk art at Hillside Coffee, Independent Burger, Crave, and other locations in El Paso, landing him a new project for Eastlake High School. “I barely recently started getting jobs like this” he said. “I had never been a working artist, just a student artist.” Until about four months ago, Tavakoli never had an Instagram, but when he finally made it he got various request from business owners asking him to embark on art projects to attract people to their businesses. In this case, Eastlake High School’s flag team was in need of a mural-sized banner to travel with for their competitions, and this year the theme was graffiti.