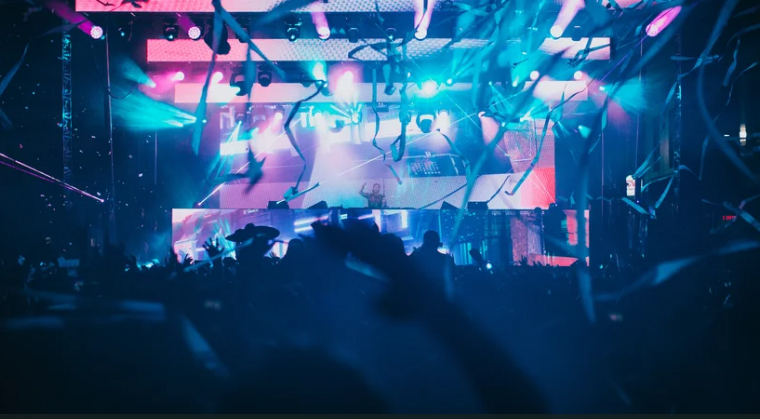 EL PASO – When Neon Desert Music Festival kicked off for its eighth time this weekend, many local bands in the lineup represent the Sun City.

From the festival’s inception in 2009, Neon Desert Music Festival has continuously strived to be a yearly music event catering to its host city as a creative outlet “for El Pasoans by El Pasoans”.

Cumulatively, NDMF has hosted over 170,000 attendees, with over 40,000 music fans joining last year’s two-day celebration. By reserving 15 city blocks in downtown El Paso, this west Texas music festival is one of the largest venues for a street festival in the state, according to the organizers.

This year’s lineup features a mix of well-known artists such as Cardi B, Martin Garrix, Café Tacvba, GTA, and local groups such as SleepSpent, The Swell Kids, Fat Camp, and Gila Monster. Even more special, for the first time local artists will have a dedicated stage in San Jacinto Square.

The Swell Kids, a local duo formed by Alexander Bejerano, 26, and Eddie Vasquez, 24, booked the show this year and will be performing for their city with some indie R&B sounds.

“We met back in 2010 through dance,” Bejerano said. “Then the Swell Kids developed about two years ago when our attention went more towards what we were listening to, as opposed to what we were creating dance-wise.”

The Swell Kids duo say they are excited about participating in the El Paso event. “I’m very thankful that our first festival is gonna be Neon in El Paso because we’re gonna represent our city,” Bejerano said.

They say they going into Neon Desert fully-prepared. With extended play record “dropping” in the upcoming months, The Swell Kids have mixed up their style to appeal all kinds of listeners.

“Our sound is very chill, but a lot of the stuff that we’re making now and are about to release is more upbeat, so people can dance at our shows,” Vasquez said. “A lot of our new music is going to be completely different from our original genre, but we just want to create what we feel like creating at this time.”

Bejerano added: “Coming from being avid music listeners and being passionate about all kinds of music, we don’t want to limit ourselves to just one sound.”

The music duo say they stand out because of the high energy level of their shows. It is “the way we carry ourselves,” Bejerano said, and Vasquez completed the thought: “for however long you’re there with us, we want to make sure the crowd is having a good time as much as we are.”

Local music promoter Caroline Vasquez, who is unrelated to Eddie Vasquez, has managed the band Fat Camp for some time, and helped them book a show with South by Southwest in Austin in 2017. After that event, they were approached to play at NDMF this year.

“Fat Camp kind of happened on accident when we just showed each other some songs and started playing them at cafes,” Otero said. “We did that for a while and we did it so much that it kind of became a thing, and now we’re playing at places like the Lowbrow Palace. With our biggest gig being Neon.”

All the members are versatile musicians. Otero was a trained bass player who switched to guitar and vocals as the band expanded, while Malone Seymore, 18, went from playing guitar to drums. Grant Gonzalez, 22, played guitar and moved on to bass, and then Sergio De Santiago, 19, was added to the band as a synthesizer player.

With their alternative Indie Pop sounds, Fat Camp hopes of playing at the Coachella Valley Music and Arts Festival one day, using Neon Desert as a stepping stone on their path to fame.

“We’re working on a four-song EP, so we’re excited to share that before the festival so our fans have a chance to sing along to our new music when they’re there,” Seymore said.

Gonzalez said, “It’s good to have dreams and goals, but you actually have to work towards those things. You gotta do it, and you gotta keep doing it.”

With these performers, as well as many other local and out of town bands and artists, the support for El Paso’s music scene is expected to grow. Starting in the heart of the El Paso; downtown at Neon Desert Music Festival.

A look back on Neon Desert Festival in 2015