After walking around in Parliament Square and mingling with the larger-than-life cast iron statues of Winston Churchill and Nelson Mandela, my wife, Anuja and I entered the Palace of Westminster from the Cromwell Green.  We were, finally, inside the closely guarded compound of the United Kingdom’s Houses of Parliament. The date was September 2, 2014 and the Big Ben struck its chimes precisely at 5:30 p.m.

A wave of UTEP Miner pride ran down my spine. What was I doing inside the highly ornate complex of towers, turrets, and spires that is home to the British House of Commons and the House of Lords? Sitting in the packed CMA room which adjoined the 100 yard long Westminster Hall — where Winston Churchill lay in state for 23 days, and from where Nelson Mandela and President Barack Obama addressed the two Houses of Parliament, I was participating in a parliamentary panel on global public health policy. 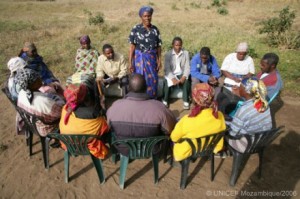 A “New Normal” for social change interventions: Focus on the positive deviants

Which Way is North

Social scientists and social change practitioners have found the normal bell-shaped curve to be of immense value when making inferences about population parameters from sample statistics. By paying attention to the mean values and standard deviations in a normal distribution with a representative sample, one can predict — with a high degree of confidence — the odds in favor of, or stacked against, solving a problem (see Figure 1). Normal bell-shaped distributions, for instance, can tell social change practitioners that most African-American children who grow up in poor inner-city neighborhoods, in a single parent household, would be highly unlikely to finish high school in a timely manner and/or graduate with a college degree; or that most Pashtun women living in remote and mountainous communities of Pakistan’s Khyber Pakhtunkhwa Province will be at high risk for pregnancy-related complications that could jeopardize their health and the health of their newborn; or that most poor, uneducated and newly-married women in the highly patriarchal and rural areas of India’s Bihar State will be highly unlikely to exercise their free will in adopting a contraceptive method. Simply put, a normal curve distribution can give social change practitioners insights on the nature and scope of a problem in a population, including what is normative – i.e. what is the most likely case, scenario, or outcome for most of the people. In all likelihood, most poor African-American students of inner-city neighborhoods will not finish high school in time; most married women in Khyber Pakhtunwa will face pregnancy-related complications; and most poor married women in rural Bihar will not be able to practice birth control of their free will.

Which Way is North?

Welcome to Which way is North (WwN)! WwN is a dialogic blog–an ongoing recursive conversation with oneself and others. Its purpose is to narrate stories, to invite reflection, to challenge the status quo, and to provoke action. WwN asks questions such as: Where does your compass point? How do you get from point A to B?