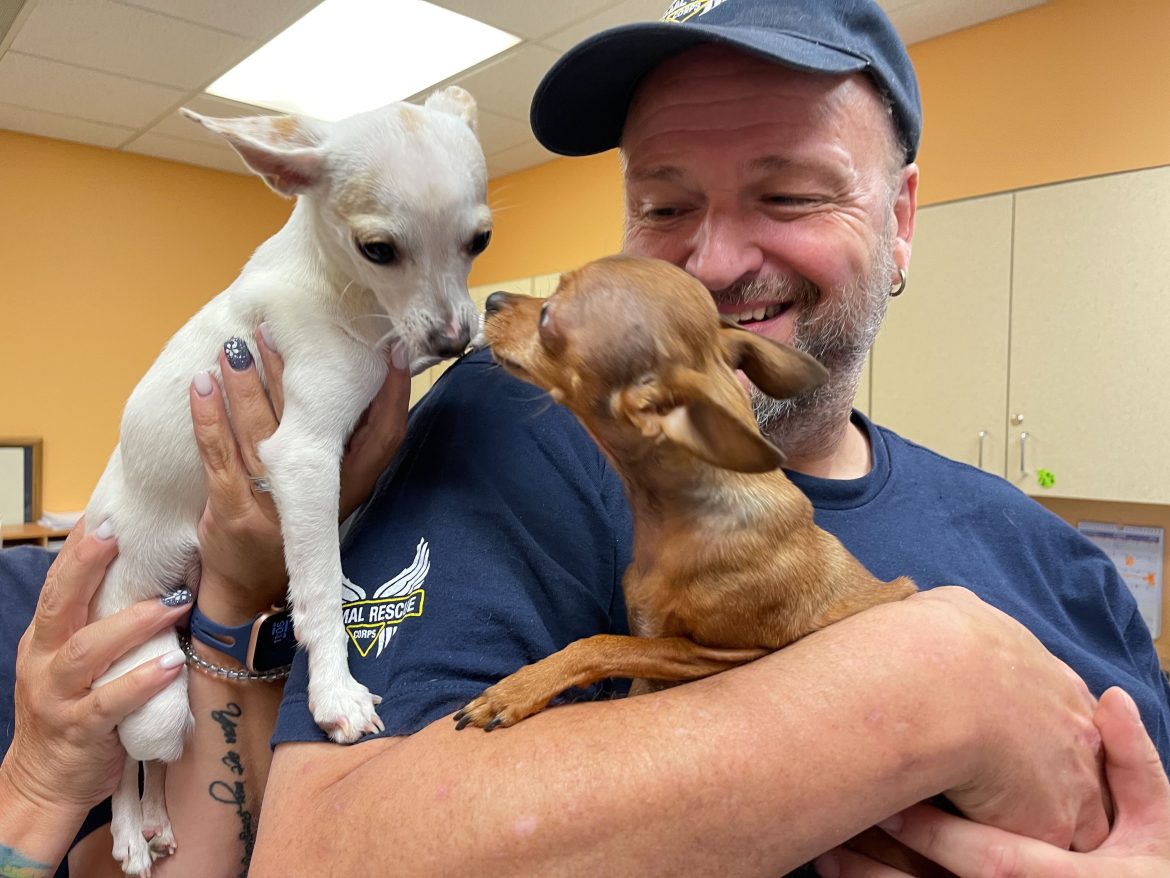 Kennels are packed tightly in the hallway, squeezed into employee break room areas and just about any corner where there is some space. Overcrowding has worsened at El Paso Animal Services and more animals are waiting longer to be adopted.

In September, Joey had been at the shelter more than a year. He’s a friendly, medium-sized golden Labrador Retriever mix with striking two different colored-eyes.

“We’re really trying to get pictures of Joey out on social media to get someone to adopt him,” Michele Anderson, the Marketing Public Engagement Manager for Animal Services said. 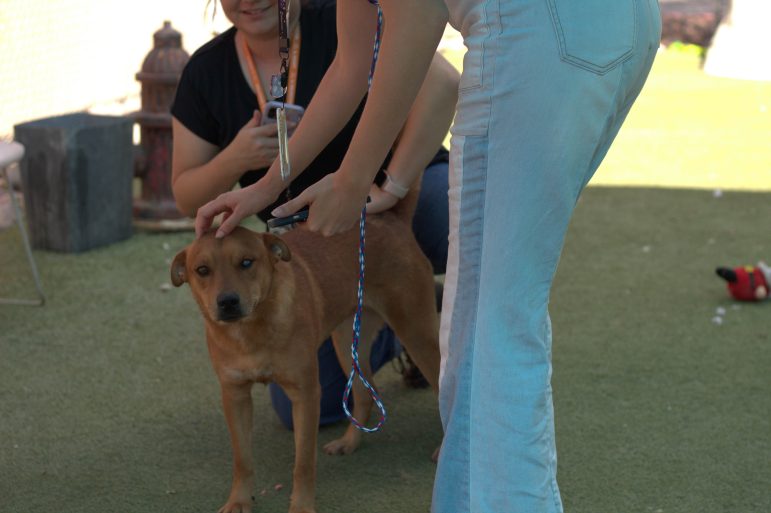 Joey, poses for social media photos at the El Paso Animal Services shelter. He was living in a kennel for more than a year. His photos were posted on social media in September to improve his chances of being adopted. Photo credit: Ariel Castillo

Joey wasn’t the only adoptable pet waiting for his forever home. The facility—built almost 20 years ago to hold up to 400 dogs and cats is housing 1000 dogs and cats. Another 3,000 animals are with foster families.

Hundreds are waiting to be spayed or neutered, a requirement before they can be adopted. A veterinarian shortage is contributing to the chronic overcrowding issue at the shelter. There is only one veterinarian to perform the surgeries.

El Paso’s Animal Services will soon get some help through a partnership with Operation Kindness, an animal welfare organization based in Dallas. Eight veterinarians from the organization will perform approximately 2,000 surgical procedures for dogs and cats at the shelter.

Support for more affordable spay and neuter services called for

The shelter has struggled to take in litters of puppies, kittens and other animals dropped off at the shelter or abandoned on the streets and picked up by animal services. Without low cost spay and neuter services for the public, the number of animals being kept at the shelter continues to rise.

“People have to be able to care for them and plan ahead, and not have the expenses of an unwanted pregnancy,” said Karel Holguin, executive director of Spay Neuter Action Program known as SNAP. “So I think it helps having the lower cost of surgeries so people can actually take care of the basics services.” The non-profit organization has helped shelter across Texas work to improve spay and neuter services.

El Paso Animal services used to offer low cost spay and neuter surgeries through a mobile clinic but it shut down in March 2020 at the start of the COVID-19 pandemic in March and has not reopened.

A variety of efforts to find forever homes

The Bissell Pet Foundation has helped El Paso ease overcrowding by airlifting animals to other cities where they have a better chance of getting adopted. This year more than 90 pets where flown to shelters and rescue organizations in Canada to give them a chance to get adopted in areas where there are not as many pets available. The previous year a record 300 animals were airlifted with help from the national organization Animal Rescue Corp or ARC.

Overcrowding in the shelter is a chronic problem. In an attempt to improve living conditions for the animals at the shelter, there’s plan to expand adding up to 400 kennels.

“This was a plan that was approved back in December of 2019 by city council, but again COVID has placed challenges on that,” Anderson said.

In the meantime, El Paso Animal Services needs people to adopt, foster, or volunteer to improve the lives of pets at the overcrowded shelter. Volunteers will have adoptable pets downtown at San Jacinto Plaza at WinterFest every Thursday evening in December.