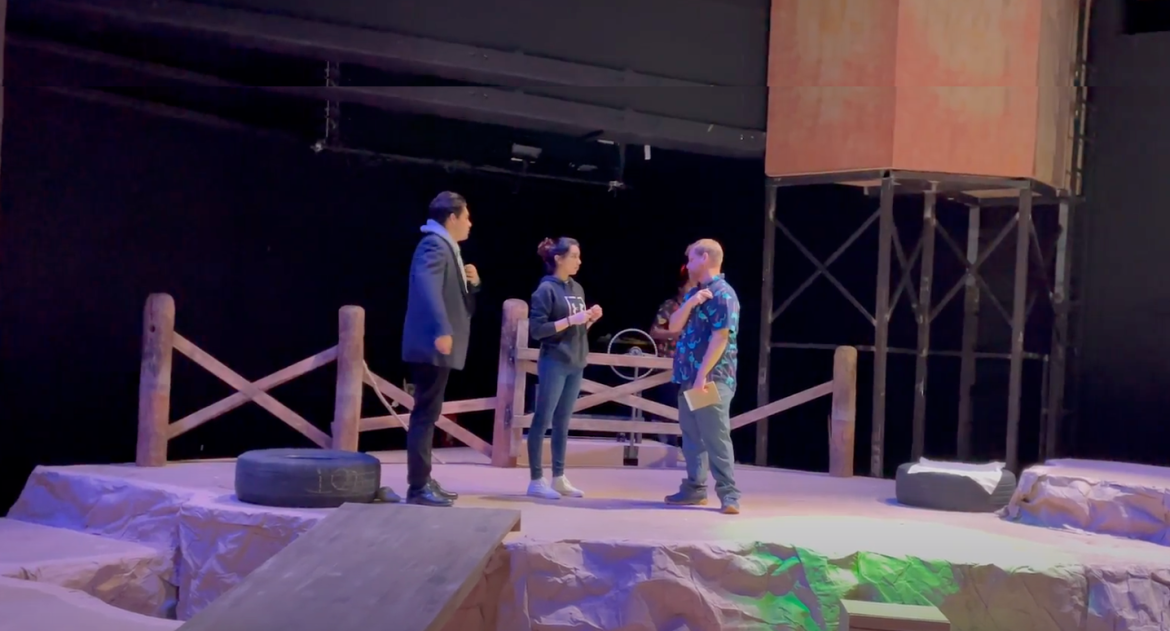 Kim McKean, associate professor of theatre  and director of theatre programs at the University of Texas at El Paso said the local setting and culture play an important part in the story. So much so that she and the play’s set designer took a trip out to Socorro, in El Paso County’s Lower Valley, before drafting the set.

“We went to the desert, to the place that Andrew, the playwright, was imagining for the play,” McKean said.

She said the theatre department is always interested in representing local voices.

“The department has committed to as much as possible, maybe in one show per season or one show every other season – telling a new play, a new story,” she said.

Many of the student actors in the play say they “were able to draw from their own experiences, and from their personal lives and relate those experiences to the characters they’re playing,” McKean said.

Actor Maverick Tyler appreciates being able to perform the work of Mexican-American playwrights.

“I mean Chicano theatre is something that I didn’t really grow up with, and I think that’s why I had a lot of identity issues when I was younger because the representation wasn’t really there,” he said. “But you have playwrights Luis Valdes writing things where its predominantly Chicano actors and it’s Chicano story and it’s just important to see that onstage especially when you are growing up somewhere like here.”

Borderline follows a couple with a secret and a pair of storytelling siblings who band together in this ghost story that draws from local culture and folklore.

Daniela Mendoza, assistant director of Borderline said she connected with the story on several levels.

“Being from El Paso and being Mexican-American it felt very relatable. And how it talks about, you know our culture and how the world kind of treats us and how we are today,” she said.

Borderline sold out its run at UTEP this fall. The show was followed by Zoot Suit by Chicano playwright Luis Valdez.

“Even if you’re not Mexican-American or anything like that its still important to see the people and who you’re surrounded by in the world,” Mendoza said.

Isaac Hames is a UT El Paso student majoring in Organization and Corporate Communication with a Theater minor.