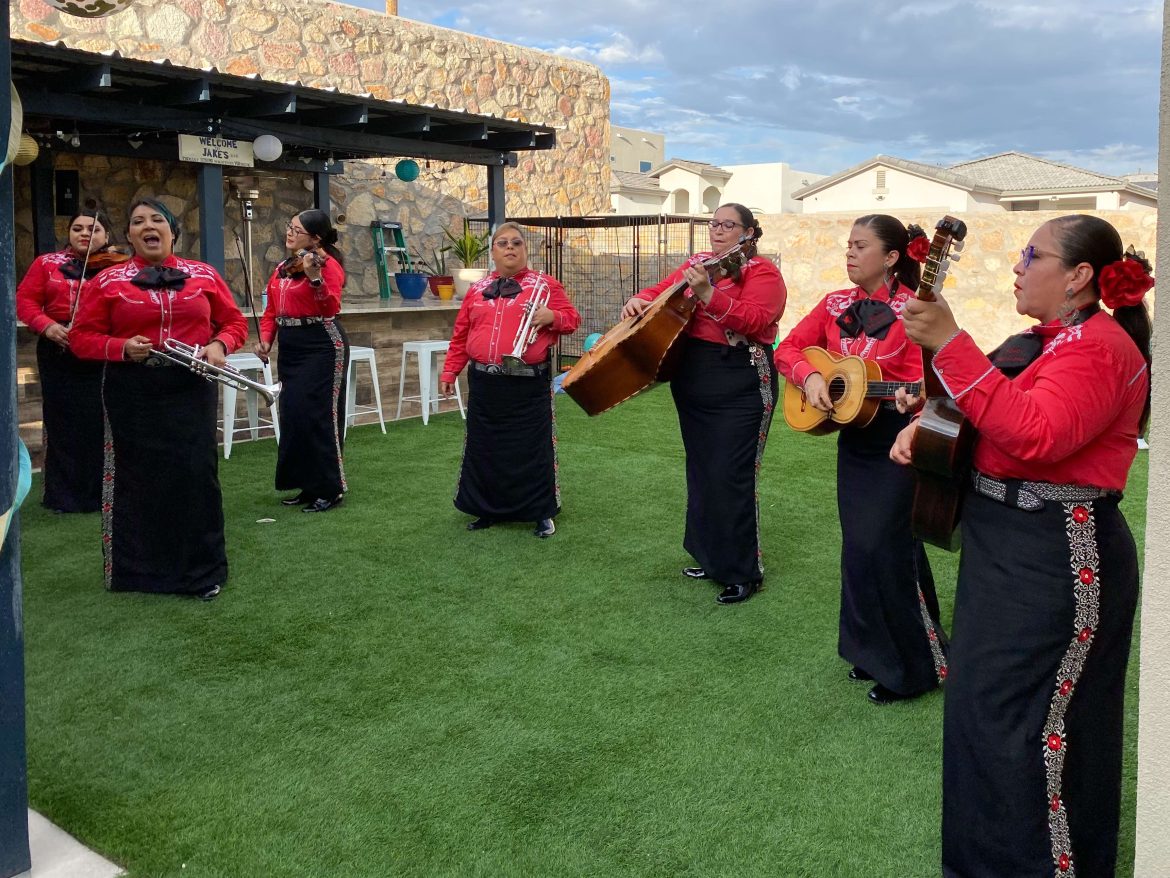 Mariachi Femenil Flores Mexicanas performs at a special event at a home in El Paso in September. Photo by Elizabeth Cervantes / Borderzine.com

CIUDAD JUAREZ — When Stephanie Cramer started playing mariachi music in Ciudad Juárez 24 years ago, she didn’t know any other women mariachi musicians in the city.

Now a violinist and singer for Mariachi Trio México de Noche, Cramer said she had to earn acceptance from the men because she was breaking a long-standing tradition.

“They would make me cry, not only the guys in my group but the clients. They see a girl, and it was something new,” she said.

Cramer’s experience is common according to Leonor Xóchitl Pérez, founder and executive director of the Mariachi Women’s Foundation. The non-profit organization based in Los Angeles works to advance women in the genre.

When mariachi music started in central Mexico in the mid-1800s, women were expected to stay home, care for children, be quiet and demure, Pérez said.

“The one thing that I hear across all the generations of mariachi women is when they throw that grito, that yell. Oh, my God,” Pérez said. “It’s cathartic; it’s liberating. It’s something that they cannot do in their everyday lives.”

Despite the challenges, women have learned to cope and succeed. Lorena “Lilly” Sanchez, director of El Paso’s Mariachi Femenil Flores Mexicanas, said the sexism she experienced when she first started playing mariachi music 22 years ago motivated her.

“(The machismo) lit a fire for me to achieve much bigger and better things within an all-female ensemble,” Sanchez said.

She now owns, directs and is member of the all female mariachi group. Her band’s achievements include accompanying Latin music icon Juan Gabriel in Ciudad Juarez in 2015 and being featured in a Vogue Mexico article in December 2019.

While there is no data tracking the number of women mariachi musicians, Sanchez said she has seen more representation over the years, especially on social media. 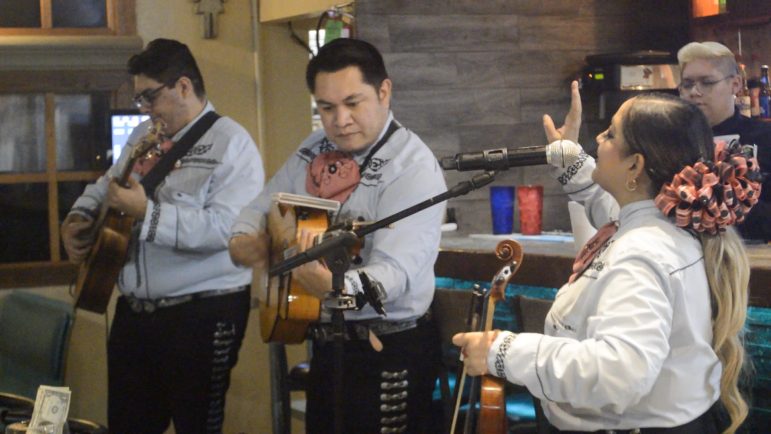 Women mariachis are not only recognized as a key part of the emblematic Mexican music, but have redefined the way mariachi bands work.

Women have also made the signature traje de charro suit their own by replacing pants with a floor-length skirt. Some have also started wearing pants with stilettos or an off-the-shoulder Mexican blouse instead of the bolero jacket. Those in all-female ensembles often wear brightly-colored suits instead of traditional black. Sanchez said female mariachis also “look cute” by adding hair extensions, makeup, and false eyelashes.

“They are wearing different versions of dress, again as an expression of who they are and honoring… their feminine identity in a masculine world or masculine art form,” Pérez said.

Women mariachi musicians have also helped push the boundaries of the traditional repertoire of sones, polkas, and rancheras, according to Pérez. Women groups also perform popular cumbias, Chicano classics, and songs in English. Some also mix mariachi with genres like R&B and jazz.

Mariachi music programs in schools coincided in the late 1960s with the civil rights and Chicano movement which advocated for diversity and inclusion. They opened the door for women to participate in the tradition in the United States and girls now make up the majority of students in Mariachi programs in schools, according to Pérez, 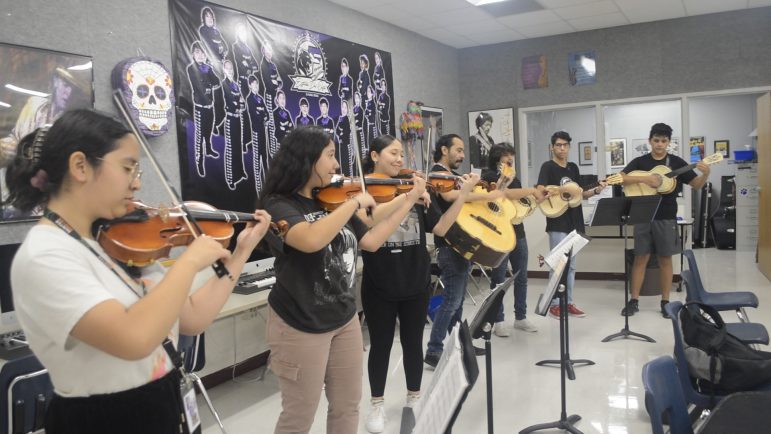 “I love it. It’s amazing,” said Anais Santos, a violinist in Mariachi Estrella del Oeste, the mariachi band at Franklin High School in El Paso. “Just playing mariachi, playing your culture, you get closer to people.”

With the Latino population in the U.S. projected to nearly double in the next four decades and Mexican-Americans the largest group, a new generation of mariachis is building on tradition and helping preserve the music.

“If we’re going to really maintain our culture, women have a very important role to play in that,” Pérez said.

Elizabeth Cervantes studied multimedia journalism at UT El Paso. She served on the Borderzine staff in the fall of 2022.