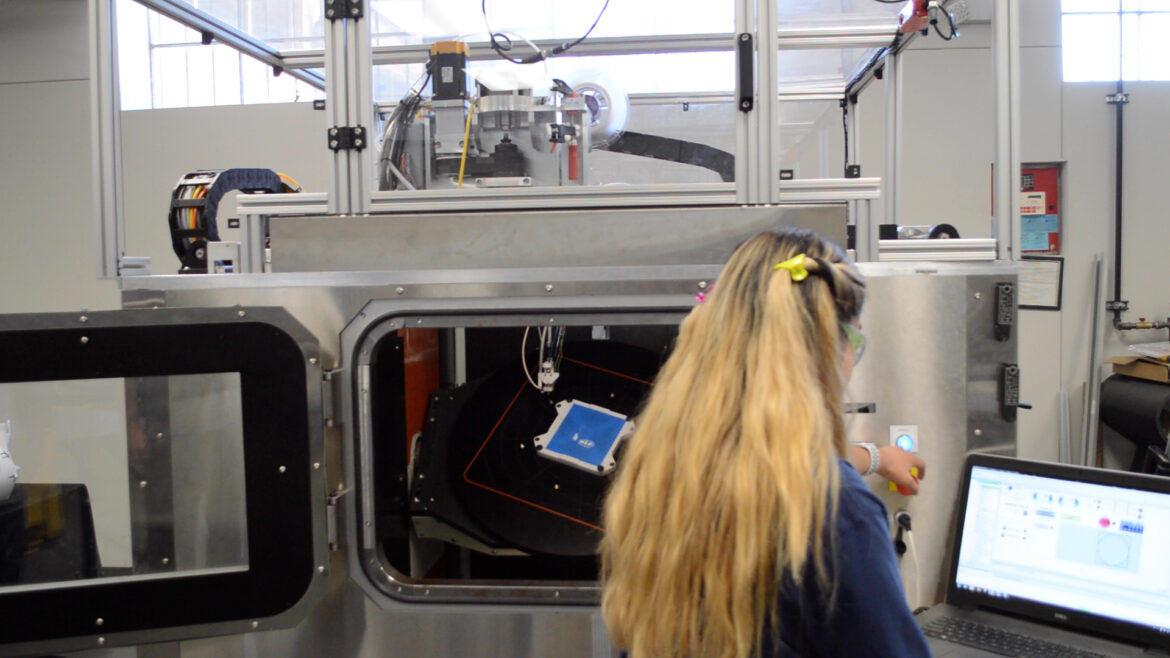 Inside two nondescript buildings nestled in the neighborhoods of south-central and south El Paso, the future of the city’s economy is being manufactured.

From looking at the outside of these unmarked buildings – one near the University Medical Center and the other in the industrial area of Cotton Street – a casual observer would never know that inside engineers, technicians and student research assistants are busy imagining and making new ways of working in space and solving problems on Earth.

The Spacecraft Design and Engineering Center and the W.D.Keck Center for 3D Innovation, both facilities of the University of Texas at El Paso, are key parts of a broader, ongoing multimillion-dollar initiative to make the Sun City the hub of aerospace, defense and advanced manufacturing in the Southwest U.S.

“This is really kind of looking at El Paso 2.0,’’ says Susie Byrd, director of Economic and Workforce Excellence Division of UTEP Aerospace Center, which operates the spacecraft design facility.

El Paso has a long history of manufacturing, Byrd says, but the North American Free Trade Agreement (NAFTA), the 1992 pact that eliminated most tariffs and other trade barriers on products and services passing between the U.S., Mexico and Canada, wiped out 40,000 local jobs.

“Slowly over the years we have been rebuilding and diversifying our economy,’’ Byrd said. 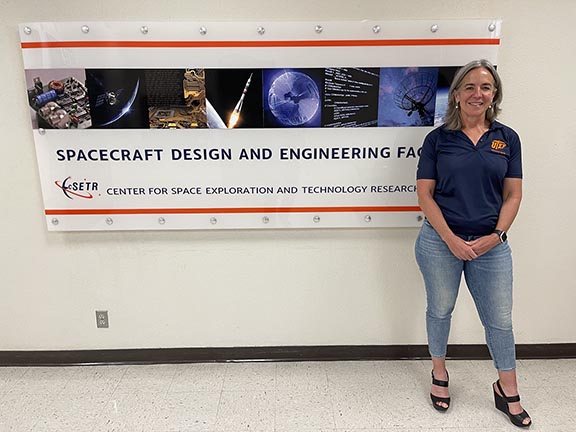 Susie Byrd, director of economic development and partnerships at UTEP’s Aerospace Center, says the goal of the El Paso Works initiative is to add 3,000 new engineering jobs to El Paso’s aerospace, defense and manufacturing industry by 2030, transforming the region’s economy. Photo by Rick Brunson, for Borderzine.com

Now, with a fresh infusion of millions of federal, state and local dollars, El Paso’s growing aerospace and additive manufacturing industry is poised for explosive growth – and with it – thousands of high-paying jobs.

“There are 1,200 engineers currently working in El Paso,’’ Byrd added. “We have about 17,000 manufacturing jobs. Our goal is by 2030 to add 3,000 new engineering positions and 16,000 new manufacturing positions, particularly in aerospace and defense.’’

The umbrella organization guiding this effort is El Paso Makes – a consortium of UTEP, the El Paso Chamber, the Aerospace Center and the National Center for Defense Manufacturing and Machining. Congresswoman Veronica Escobar, who represents El Paso, recently helped the group land nearly $1 million in federal money to promote local manufacturing businesses and help them land more contracts with the Department of Defense.

One of the overall goals of El Paso Makes is to grow, develop and retain local engineering talent. UTEP graduates about 800 engineering students per year. El Paso Makes wants more of them to be able to stay, work and live in the Sun City rather than move elsewhere.

Two of those UTEP engineering students are Alejandro Silva and Adriana Rivera, who work at the Spacecraft Design and Engineering Center.

Silva is a graduate student and research engineer who leads a hypersonic project and a robotic arm project at the center. During a recent visit, he demonstrated how researchers there are building robotic arms for use on small satellites to make repairs and fix other problems on spacecraft, and then testing them to see how they will operate in low gravity. Standing before a table with a robotic arm, he said, “We’re doing something like a reverse air hockey table, where we’re shooting the air downwards. We’re putting the robotic arm over there so we can move it through testing and then see how that moves the overall spacecraft.’’

Rivera is part of the center’s onboard manufacturing team.

“Our motivation for this is to prove the concept of 3D printing in space as a whole, which could reduce our dependency on Earth for longer space missions,’’ Rivera said. “If we can produce and build equipment in orbit, then we won’t have to come back and waste fuel or other resources.”

She maintained she decided to study engineering at UTEP and got involved in the center because she wanted to explore more about space and space-related technologies. Her mother is an industrial engineer so it’s always been part of her home life.

“I always wanted to be like her. So, I chose this path because of her,” Rivera said.

Mahadi Hasan, who is originally from Bangladesh, a doctoral student and aerospace researcher at UTEP, said that he is very excited to be part of the lab. “The work environment  is very diverse and friendly. This is a great opportunity for the international students to work in a place like that,” he stated.