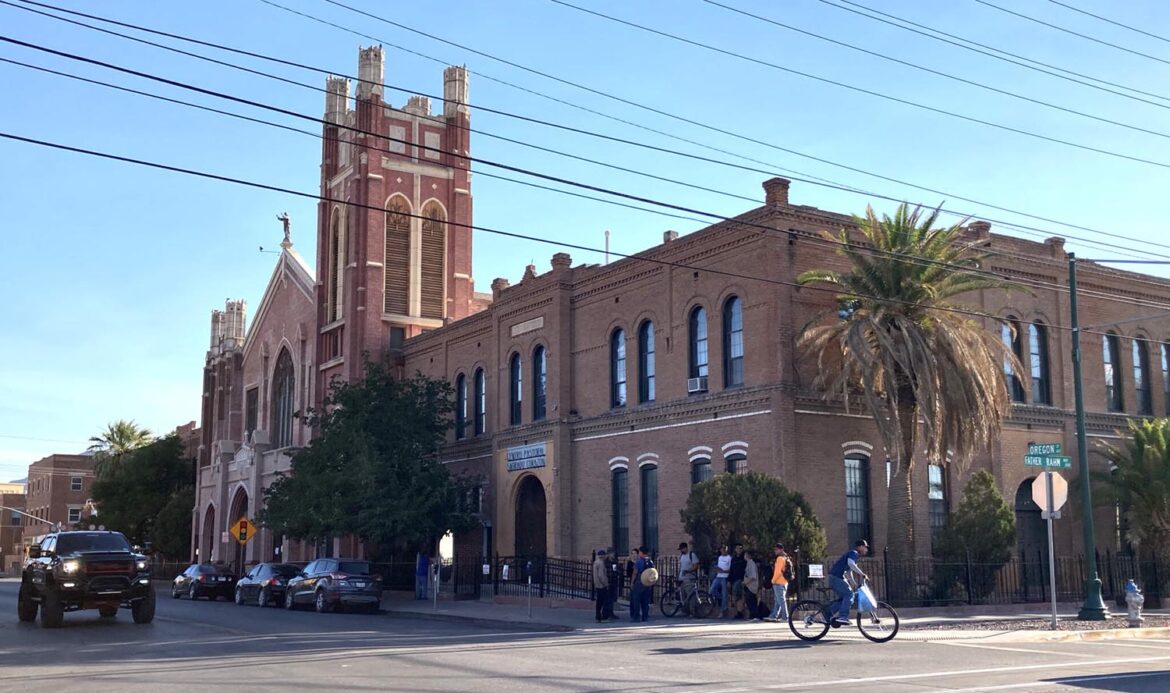 By Ericka Blount and Greg Gondwe

Father Rafael Garcia, S.J., walks with measured steps to the altar to begin communion on Monday at Sacred Heart Church in El Paso’s Segundo Barrio. The parishioners are a sparse but spirited group. Many committed congregants can’t make it these days because bus transportation has been limited since the pandemic.

“When the pandemic hit, the city decided to suspend public transportation on Sundays, and that has continued. Unfortunately, that means that most of our parishioners who rely on public transportation, cannot make it for Sunday Mass, and this has really affected our services,” Father Garcia said.

That’s one of many of Father Garcia’s worries for his 129-year-old Catholic Church which is the spirit of Segundo Barrio. For some time, Garcia said, city business leaders were eyeing this cultural center of the Mexican American community for development. In 2010 the City of El Paso devised a plan to address substandard housing in this community which is “the poorest Zip Code in the United States,” Garcia said. That plan was to seize 168 acres of land by eminent domain. Residents organized creating a group called the Land Grab Opponents of El Paso and protested. City plans were scrapped. Much of the housing has since been neglected by building owners and needs restoration.

The culturally rich neighborhood has been a safe haven for both the local community and immigrants from all over the world. According to Garcia, the Segundo Barrio community has always been a unifying place for different races. In the early 1900s the barrio was home to immigrants and to Black Americans.

“You would be surprised to learn that there was a huge community of African Americans who worked and congregated together with the Latino community. The presence of the historic Baptist Church and School attests to their influence during those days. This is the history that the United States has ignored,” Garcia said.

Because of language barriers, it takes many new residents several generations to get acclimated and Sacred Heart has acted as a translator and a support system for them.

Historically, community activism has been difficult to organize because a large number of residents are undocumented and considered transient. But that hasn’t stopped the fight.

“Residents have been instrumental in establishing the terms to demand and organize and establish quality education, fight for healthcare, even for grocery shops and transportation and city services like trash collection,” El Paso historian Selfa Chew said.

There’s recent good news for both Sacred Heart Church and for the larger Segundo Barrio neighborhood. The neighborhood with its rich architectural history and colorful murals has recently been designated as a National Historic District. Sacred Heart Church which provides spiritual support to the community by way of food pantries, English classes, rent assistance, groceries and hot meals has received a grant to begin the process of restoration of the church. The church was first built in 1893, with additions and renovations made in 1923. Art Historian Max Grossman has been leading the effort to restore the church as co-chair of the restoration executive committee.

But it’s going to be a long road. According to the terms established by the grantor, the National Fund for Sacred Places, in order to receive the full $250,000 original grant, Sacred Heart will have to raise $500,000 from the community. That will cover about a fourth of the total funds needed for the renovation. The church’s restoration committee estimated that the full restoration will border $3 million, Garcia said.

“It’s about the lives of human beings who should be taken care of because they work, they live, they are creating a better life for people in this city,” said Chew. “They make daily contributions and they have a right to have a decent house, to have transportation.” 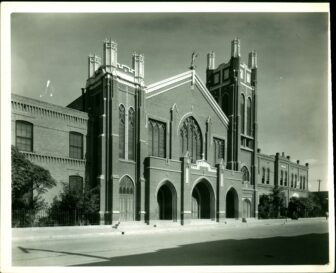 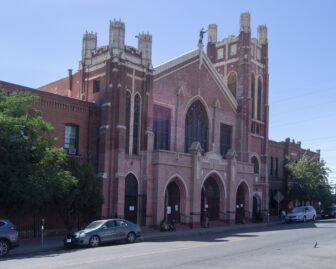