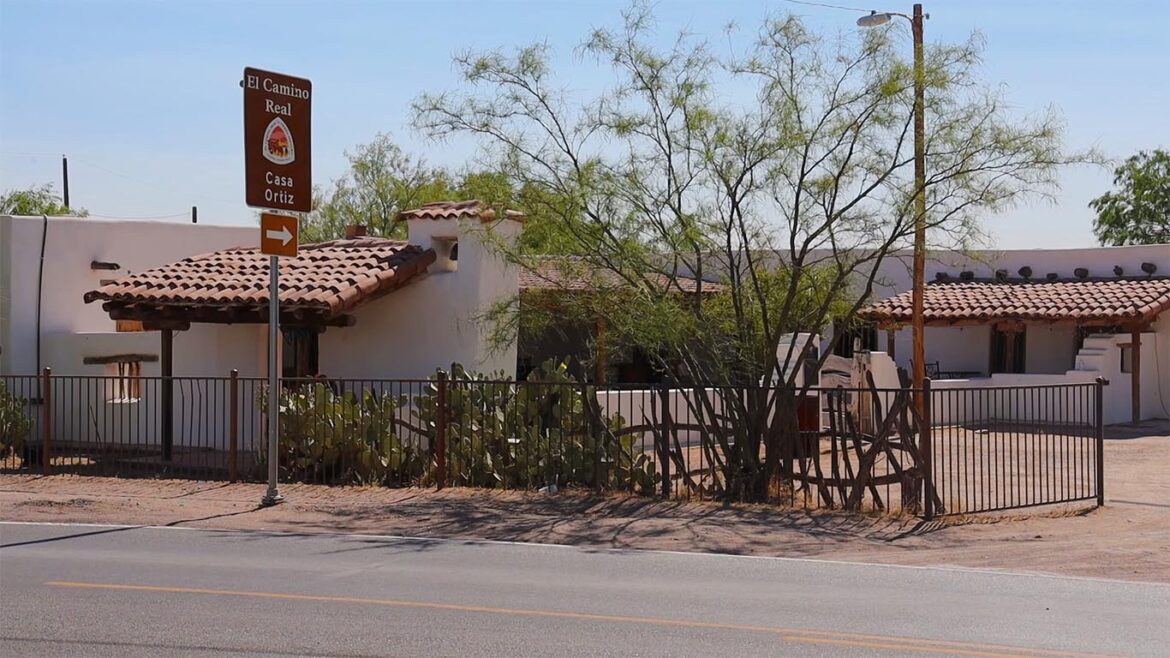 El Paso’s historic Mission Trail may be quiet on a Monday, but as the weekend approaches, traffic and visitors begin to stream into the small communities of San Elizario, Socorro and Ysleta. The trail is a 9-mile stretch of the Camino Real, the Spanish Royal Road built in 1598. Shops, museums and businesses once again teem with visitors along  this section of the oldest European trade route in North America, which is once again seeing a resurgence in economic development.

When the El Paso Mission Trail was designated a National Historic Trail in 2000, San Elizario wasn’t an incorporated city, but in 2013, incorporation came and so did city government.

Maya Sanchez was named San Elizario’s first mayor in 2014. She now serves as city administrator. Isela Reyes was elected the new mayor on May 7. Both women see the future of San Elizario steeped in economic development, focusing on the town’s own mission or presidio as well as collaborating across a variety of entities that help support the Mission Trail.

Sanchez says they do their best to attract people who are passing through.

“There are a lot of people both here in this country and outside who are very interested in the Southwest for heritage tourism,” Sanchez said. “Especially with what happens in New Mexico with Billy the Kid and all that Old West. And it’s a natural transition for them to come through our community when they’re either on their heritage tourism vacations or just being off Interstate 10.”

San Elizario has even found a wider audience as a finalist in USA Today’s Best Historic Small Town contest. The votes will be counted on June 17, but previous winners have seen an uptick in tourism and economic development after winning the title, Sanchez said.

Sanchez and Reyes have plans in place beyond the USA Today contest, including grant writing to support local businesses, increased collaboration among neighboring towns, and the establishment of a chamber of commerce.

“The goal is definitely to keep younger people in the community,” Sanchez said. “And I know that the mayor, being a small business owner herself, is very interested in seeing businesses grow from within our community and having people either return or remain to start those businesses.”

Just five and a half miles down the road from San Elizario is Socorro, Texas. Prior to the COVID-19 pandemic, Socorro had experienced a frenzy of new business development. Everything was put on hold during the lockdown that followed. But the lockdown only delayed what has been become a flurry of business activity.

“As things started to lift, all of these amazing little places have opened up, so Socorro has just become an amazing little hub since pandemic,” said Magda Maureira, a docent at the Socorro Mission. “There’s just this, a lot of synergy going on. But interesting, you know, the pandemic shut it down, but then it all blossomed afterwards.”

Collaboration across several non-profit entities helped the El Paso Mission Trail become a designated National Historic Trail in 2000. Once again, the collaboration between entrepreneurs, artists, local government, non-profits and the missions has spurred the opening and restoration of businesses and buildings in Socorro.

Ralph Loya, owner of Bodega Loya, has been instrumental in the restoration of businesses in Socorro. In the 1970s, he helped restore Casa Ortiz, a historic building that dates back to the 18th century.

During the pandemic, he was able to work from home while employed at the University of Texas at El Paso, which allowed him to devote more of his time to thinking about and restoring what is now a functioning farm, bodega and art gallery.

“It was a dream that probably started about 20 years ago,” Loya said. “It was a dream that I had and I mentioned it to my wife. Similar to what I did and learned in the ‘70s, what I learned about the restoration there (Casa Ortiz) and what it was going to take, I put into practice here on the farm.”

Loya plans to continue purchasing properties and restoring them as businesses and Airbnbs to help with what he refers to as the next wave of economic development for Socorro.

A quarter mile down the road from Bodega Loya, brewer Aidan Edmundson is checking a new blonde that’s ready to keg  at Three Missions Brewery.

“We have 38 different beers that we brew, but we have seven flagships,” said owner Rick Razo, who opened the first brewery in Soccoro in April 2021, when COVID-19 restrictions were still in place. His business has continued to expand while welcoming neighbors at an art gallery next door at historic Casa Ortiz and an event venue, coffee and wine bar, and a ramen taqueria restaurant, El Charlatan, all across Socorro Road.

As the economic activity helps spur tourism to the small communities along the El Paso Mission Trail, it is the missions themselves that are the draw. As part of the fabric of the Catholic Church and expansion of the Spanish into North America, these buildings not only have historical significance, they still function as the spiritual hubs of their communities, drawing tourists and pilgrims from near and far.

Spanish interpreter Darianny Hernandez, who is visiting El Paso from Florida, was searching for something historic to visit, and the Camino Real caught her attention.

“I noticed some signs of the trail, which led me here to the mission trail,” Hernandez said. “I stopped at the first church.

With the new businesses and increased tourism comes increased traffic.

“Business, it’s good,” said Jorge Paredes, who is in charge of facility maintenance at Socorro Mission. “More people, more traffic. The sign for the church has been hit a couple of times.”

While Paredes would like to see more traffic control, it’s all a matter of perspective.

“There’s no traffic at all,” Hernandez said. “Where I come from, this is like, no traffic. I like driving here. People are polite.”

As the communities along the El Paso Mission Trail continue to rebuild, individual business owners’ dedication to their communities will help lead the way forward.

The Mission Trail is steeped in art and culture. In Socorro, Casa Ortiz is becoming a hub for locally and nationally known artists.

“It’s pretty easy to stay excited,” said Diego Martinez, one of five resident artists who creates and displays art at the Casa Ortiz gallery. “And I think it’s a great place for me to continue to paint. And I think it’s a beautiful location.”

Ralph Loya, the farmer and gallery owner in Socorro, plans to retire soon from his job as director of engineering infrastructure at UTEP. But he has no plans to retire from farming.

“I plan to die out there, either picking chile or planting chile. One of the two. But whichever comes first.”