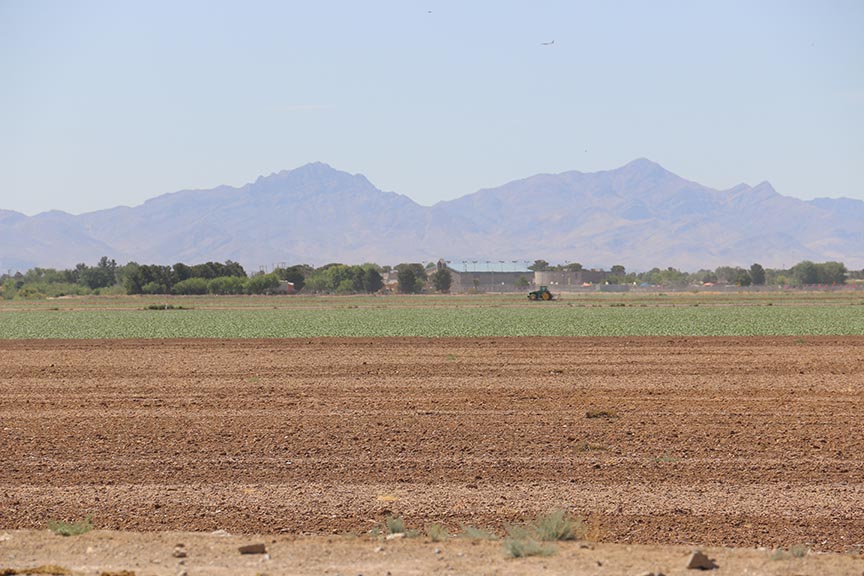 By Jayne Cubbage and Geoff Campbell

In El Paso’s Lower Valley along the Rio Grande just north of the Mexico border, water is in short supply. While current drought levels are not as bad as they have been in previous years, area water officials, conservationists and residents remain nervous about water shortages that can affect crops and wildlife habitat.

The Lower Valley once thrived as a farming community with crops such as Pima cotton, pecans, onions and other local produce. There are still farms in the area, but a good deal of land has been sold off for residential and commercial development over the years.

Reyes noted that the area’s historic water supply challenges stem from the 1916 construction of the Elephant Butte Dam in New Mexico. It controlled water flowing through through the river in New Mexico and Texas, and stored water as a way of limiting the effects of drought. Each year, the valley must await the arrival of water from winter snow pack from mountain regions in southern Colorado and northern New Mexico.

Distribution is based on water rights that often were acquired decades ago. Like many communities, El Paso see tension between urban and agricultural water demands.

“Yes, there is water going to agriculture,” said Jarret Rogers, a fourth-generation local farmer, who specializes in the cultivation of Pima cotton, pecans and livestock. “But what they (the general public) don’t understand is that the water that is going to those crops, whether it’s a fiber or a food is going to them. There are a lot of obstacles that we farmers have to overcome to get those products to the public.”

In addition to the competing interests of the needs of farmers and residential development for local residents, conservationists also have a stake in the process. Largely, it is the work of conservationists who are doing their part to minimize the impact of regularly occurring drought conditions by helping the environment along. The Rio Bosque Wetlands Park is a nature reserve located on the outskirts of town in El Paso. The employees there work year-round to support plants and wildlife in the area.

“The focus is on the stewardship of the River Valley environment,” said John Sproul, manager of the Rio Bosque Wetlands Park. “We have a long-term project underway here to try and establish over time environmental conditions at least approximately like those that once were found in the Rio Grande and in this region.”

In the meantime, the region anticipates the arrival of the summer season and its annual water allotment.