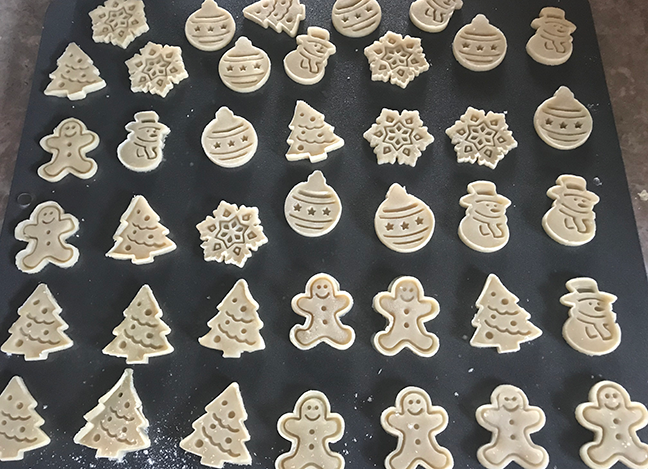 Holidays around the country are celebrated with unique traditions, special to their region. And the holidays in the borderland also have their own festive recipe.

Sharing a border with Mexico, El Paso is a melting pot of cultura with a dash of America and a dash of Mexico.In a city where the population is predominantly Mexican-American, the spices of two different cultures make the borderland holidays a celebration like no other.

If you are new to El Paso, here’s all you need to know to celebrate borderland style. 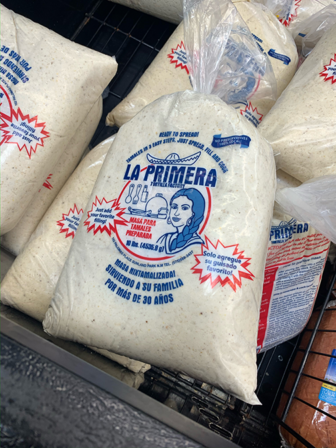 The festivities of the holiday season kick off early in the borderland. Christmas food prep is an occasion in itself. Prior to Christmas the extended family meets to prepare the Christmas feast. A menu inspired by Mexican cuisine is assembled. During this honorary tradition cousins, aunts, grandmas-everyone, comes together to prepare the savory food as well as the Christmas desserts. 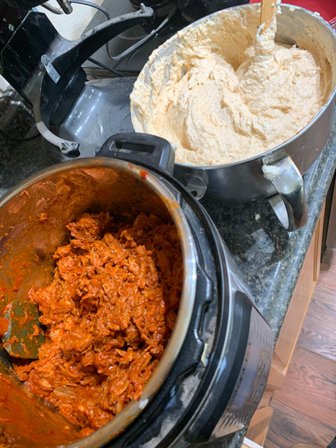 A favorite and must have on everyone’s list are tamales rojos – red chile pork tamales. Red tamales are made with pork butt that has been shredded and simmered in a red chile sauce. The red chile pork concoction is then placed in the center of a raw masa dough and enveloped in a corn husk that has been soaked. The wrapped tamale is then steamed cooked.

There are also different variations of tamales such as green and sweet tamales but the red are the staple here.

Making Tamales from start to finish can be a 7-8 hour job, which is why the more family that comes to help the better! 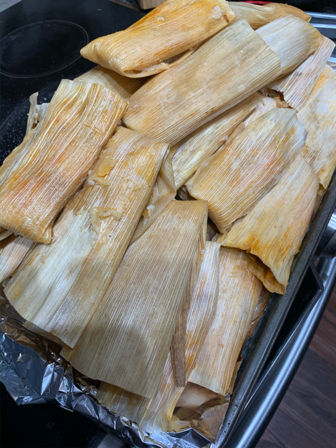 For those families in the borderland who don’t have time or the patience, a local hot spot for Tamales is Gussie’s Tamales and Bakery. Orders pile up weeks before Christmas and the bakery serves until they sell out. Luckily in the borderland there’s no shortage of restaurants that sell tamales, because this is the season when everyone wants to get their hands on them. 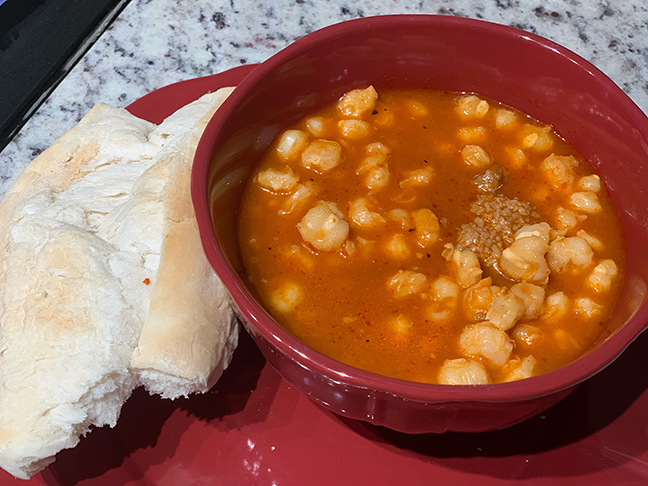 Another holiday food must-have in the borderland is red posole. Like tamales, posole can also be made with green chile. But you guessed it, red chile posole is the overwhelming favorite in this region.

Related: What makes posole so irresistable?

Red posole is a Mexican soup made with shredded pork, hominy, and red chile broth. It is topped with cabbage, radishes, and cilantro. It is garnished with oregano and lime and served with bread.

Much like the tamales there is no shortage of posole in this region for those who are unable to prepare it. It is widely available. 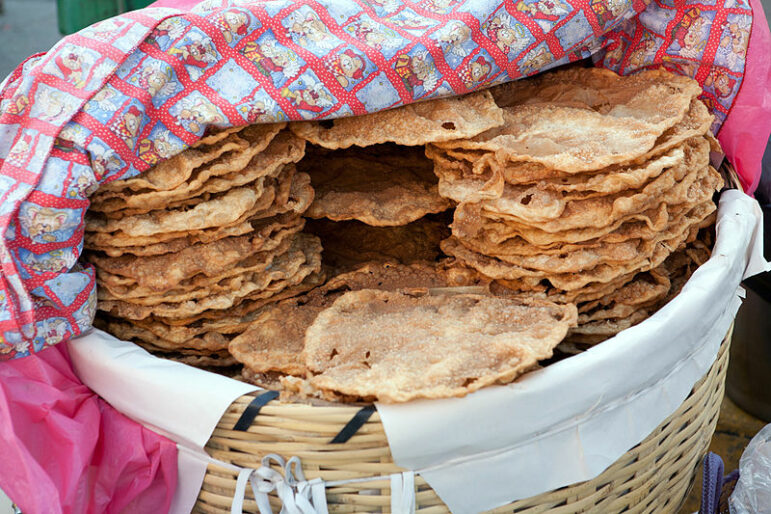 The two main deserts seen citywide during the holiday are buñuelos and biscochos. buñuelos are made with thin fried dough, covered in cinnamon sugar. They are similar to tortillas and sopapillas though the end result is much crispier.

During the holiday season you will find these all-around town. They are a sweet yet subtle treat that won’t pain you to keep eating. Their light and airy texture is perfect after a big dinner, for when you should, but just can’t, say no to dessert. You will be served buñuelos at every Christmas party right next to a tray of biscochos. 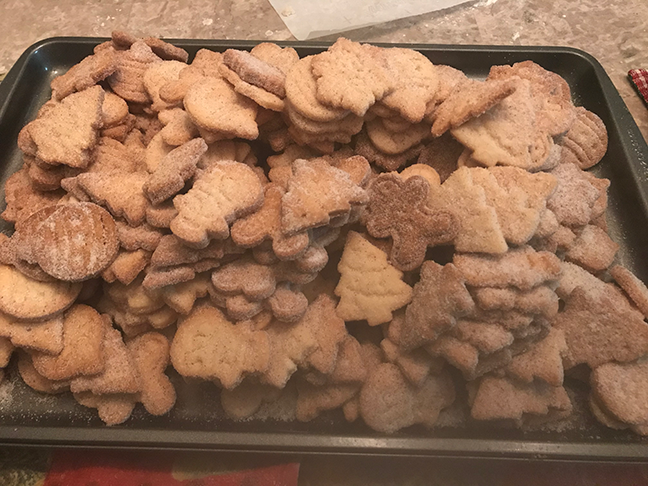 Biscochos are also known as Mexican Wedding Cookies because you will find them at the center of every wedding table. They are also extremely popular during this time of year. They are a small crumbly cookie made with flour, lard, cinnamon, sugar, and anise. After the cookies are baked they are immediately tossed in a cinnamon sugar coating. Just like with buñuelos, you can’t just eat one. Biscochos are small and subtle enough that a couple handfuls won’t tip you over.

These two deserts are pivotal to a holiday celebration. A Christmas without them is NOT a borderland Christmas. 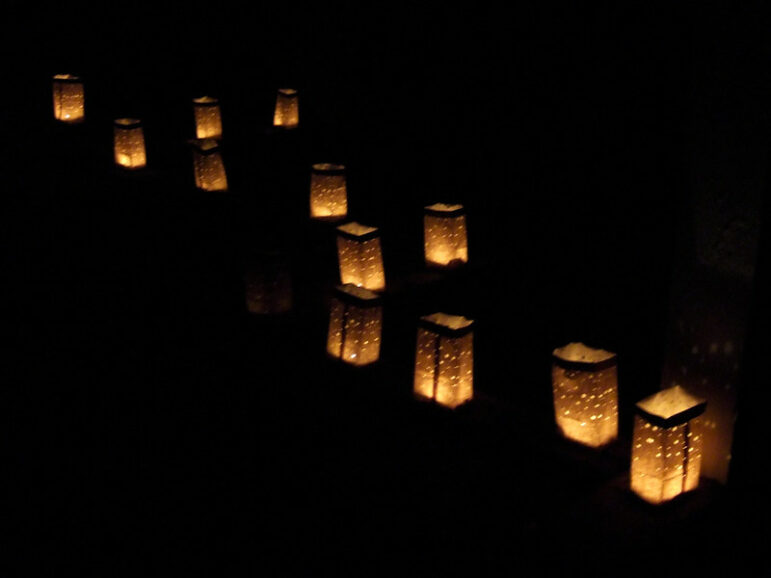 An annual tradition in El Paso and throughout the Southwest is the lighting of the luminarias. These are candles placed in brown paper sandbags and set up in paths to our doorways. The tradition from Mexico is to light the luminarias on Christmas Eve to guide to spirit of the Christ child into our homes. They are warm and humble reminders of the holiday season. 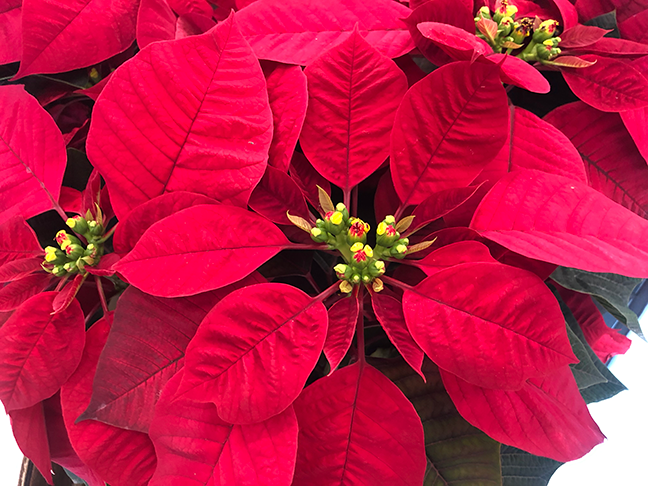 Another bit of holiday decor throughout the nation during the holiday season is the poinsettia plant. They are of Mexican origin and are known as the Christmas Eve flower. The story behind it is a little girl who wanted to celebrate Jesus’ birthday was poor and couldn’t afford a gift. She was instructed by an angel to pull weeds and present them to Jesus at the altar. Once at the altar the weeds sprouted into poinsettias.

During the holiday season here, you can find these flowers at the altar in churches on living room mantles and as the centerpiece of a Christmas feast. The red flowers are classic in the borderland and a reminder of the true meaning of Christmas.

Sarah Coria is a graduate of the multimedia journalism program at UT El Paso. She served on the Borderzine staff in the fall of 2021.