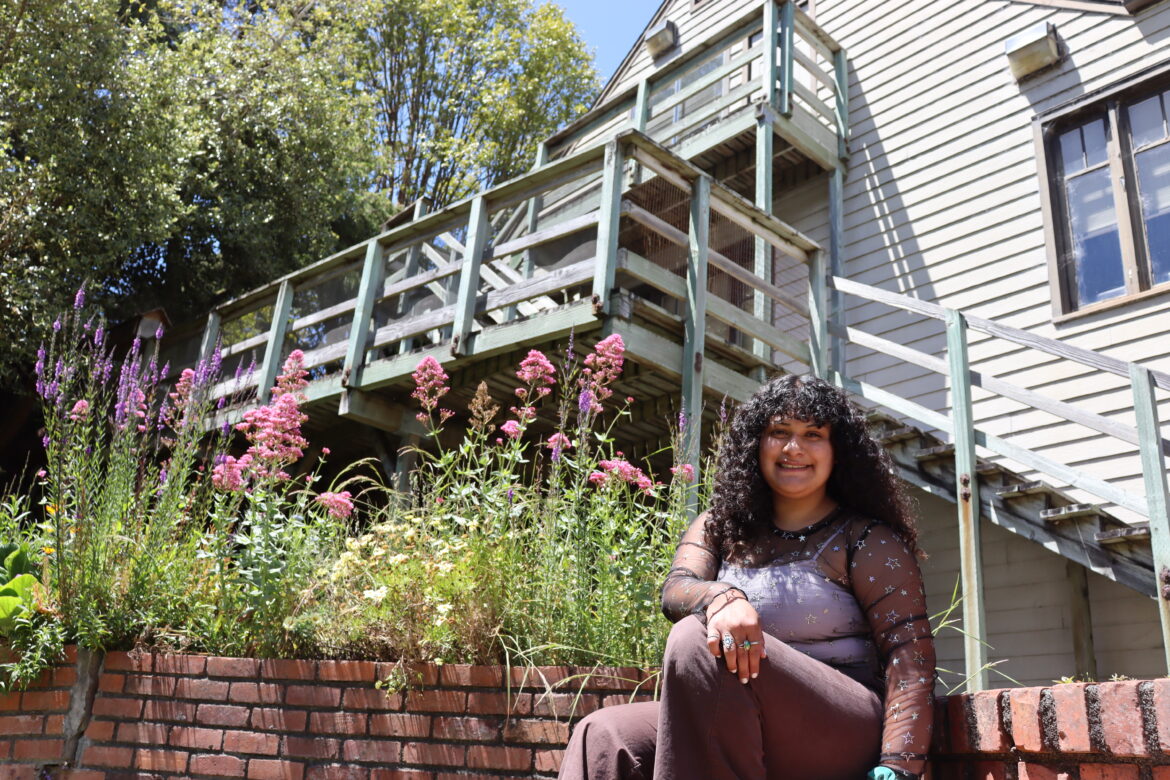 Karina Ramos-Villalobos has a passion for social justice and community building in Humboldt County, California.

As the oldest daughter of immigrants from El Salvador, Karina Ramos-Villalobos’ job as a child was to translate and guide her parents through the language barrier they faced in their adopted country.

“I had to fill out paperwork. I had no idea what it was for. I had to send out text messages to my parents’ boss in English because my parents didn’t know English.”

“I knew college was always on the table because I know I had to make my parents proud since they immigrated from El Salvador,” she said.

She has a passion for social equity and community building and is determined to create spaces where Queer+ and BIPOC students, community, and art enthusiasts can come together and support one another in Humboldt County, where 83% of the population is non-Hispanic white.

“Through the space that I have created I have made new friends, and people want to see more of it. Right now, I am in the works of creating another event, because Arcata and Humboldt County really needs something like this,” Ramos-Villalobos said.

Steffi Puerto is double majoring in journalism and Critical, Race, Gender, and Sexuality at Humboldt State University. Steffi is an upcoming junior and a reporter and a photographer in El Leńador Humboldt State Student run bilingual paper. She enjoys taking pictures, and reporting local news, and creating community. Steffi is looking forward to a career in local journalism, celebrity journalism, and freelance writing in the future.