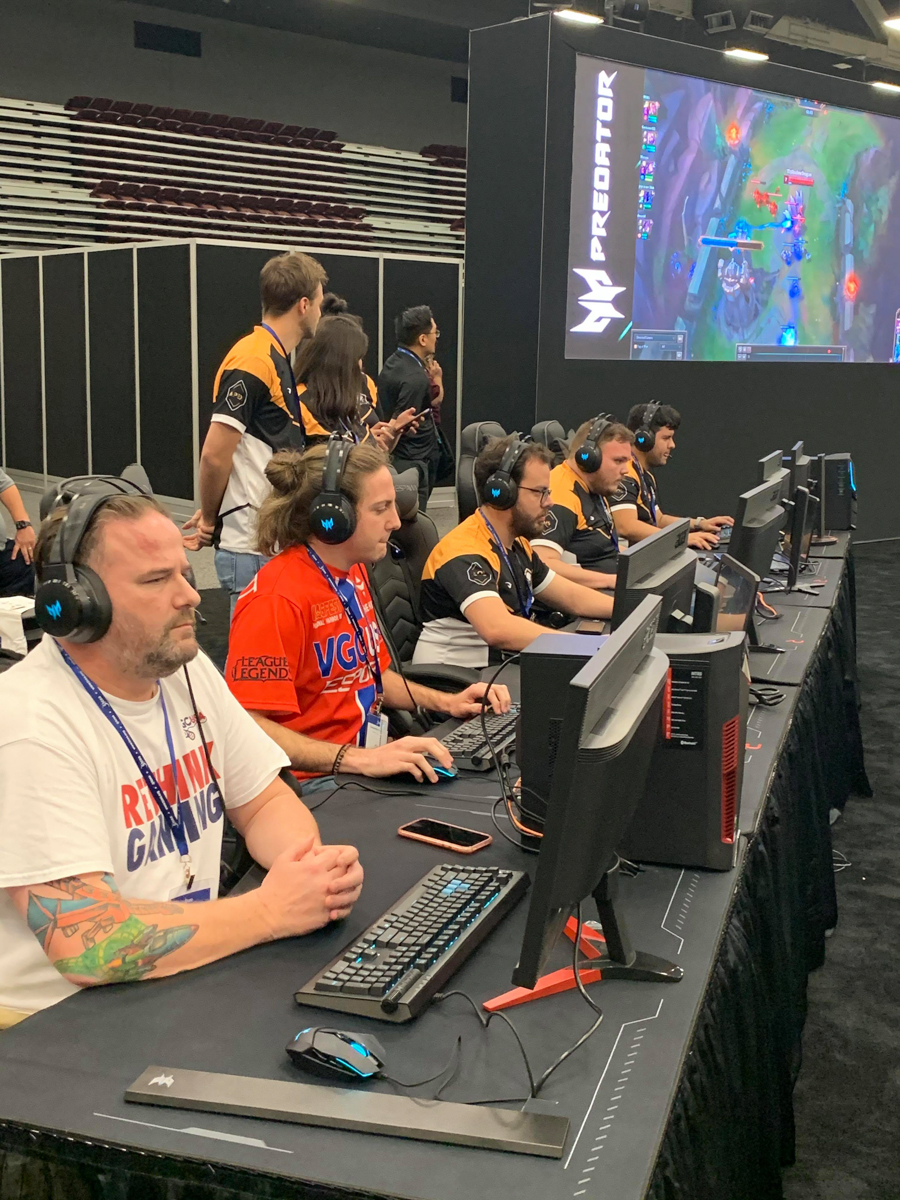 Referring to itself as El Paso’s flagship Esports team, the El Paso HoneyBadgers organization was just beginning to build its membership.

Then the coronavirus pandemic forced the group of gamers to shift to meeting online only.

“The social aspect of the HoneyBadgers is kind of harder for us. We, our teams love to practice and they love to be around each other,” said team president Caroline Salas.

The El Paso HoneyBadgers is an electronic sports team based at the GAIA Makerspace at UTEP that sometimes competes through playing multiplayer video games against other teams in competitive matches. It is also an organization where people can come together and bond over their shared love of games.

Some member serve as hosts for particular multiplayer video game titles. Types of games range from first-person shooters, arena games or adventure quests. All ages are welcome to join, but members under 18 need to have parental permission. 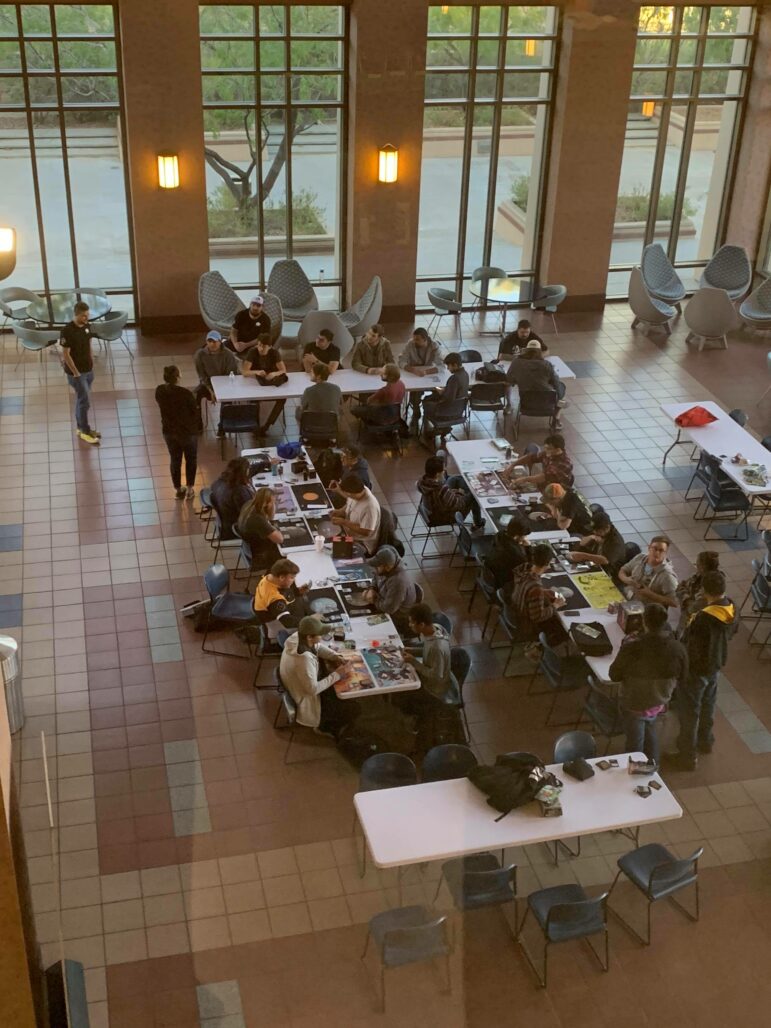 HoneyBadgers hosting a Magic the Gathering card game event inside the Undergraduate Learning Center at The University of Texas at El Paso. Photo Courtesy The HoneyBadgers.

While some competitions are open to all members of a HoneyBadgers team, others may be restricted by the league host. For collegiate competitions, at times only members who are at UTEP may be eligible to play, and at other times, members from El Paso Community College may qualify to compete. Currently the HoneyBadgers are not officially part of any larger Esports organizations such as the National Association of Collegiate Esports.

Before COVID-19, the organization would host events Fridays, Saturdays and Sundays in the Undergraduate Learning Center on the UTEP campus. Since the pandemic outbreak, the group has been following social distancing health guidelines and not conducting in-person gaming sessions.

In order to stay connected with members and fans, the HoneyBadgers use social media platforms like Twitter, where they post schedules for upcoming virtual events. The put recordings of the livestream events onto their YouTube channel. The group also does a podcast.

There are now about 30 teams under the HoneyBadgers umbrella, each playing a different game title. If anyone wants to add more games to the group’s roster all they have to do is designate someone as the captain and get some other members to join and the game will be added to the growing list of games the organization has.

“With our fans, we’ve actually grown a little bit bigger,” said George Molina, a sophomore at UTEP, who is the the captain of the Call of Duty Zombies team.

He said his team has been able to play more games together using the Twitch platform since it is easier to coordinate virtual meetings.

“I feel like, ever since we had to go online, I feel like our team has been doing more together,” Molina said.

But not all teams are having a smooth transition to online-only meetings.

“The comparison between offline and online in terms of lag and stuff like that is really huge,” she said.

The HoneyBadgers also have a Discord server, a group chatting app used by gamers to communicate. They’ve create spaces on Discord for their communities to meet up and hang out virtually.

“We have a lot of people just talking in general chat or just a bunch of our regulars communicating,” Salas said.

William Jacobo studied multimedia journalism at UT El Paso. He served on the Borderzine staff in the fall of 2020.