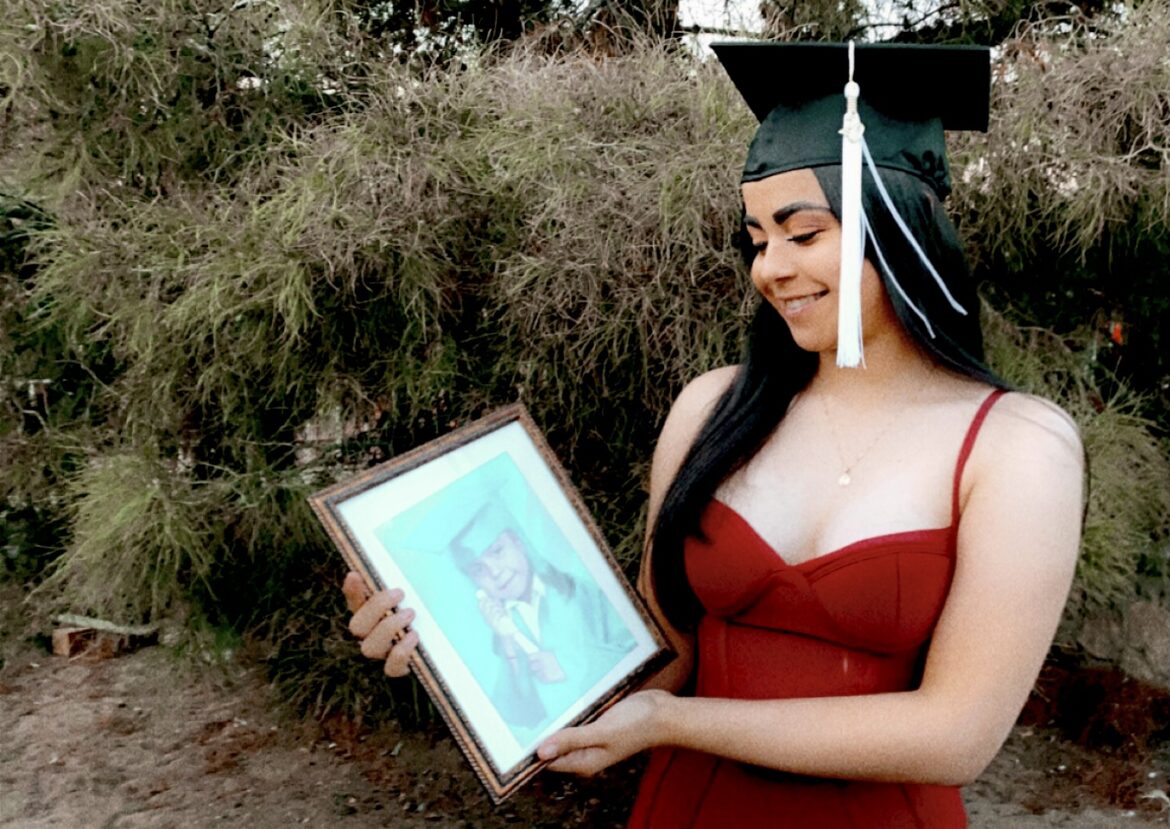 In 2003, I graduated from kindergarten in Ciudad Juarez, Mexico. I was chosen to give the last speech on graduation day. This last speech, was very important to me since I was not going to continue my education in Mexico. My family was moving to El Paso, Texas, where I was born. 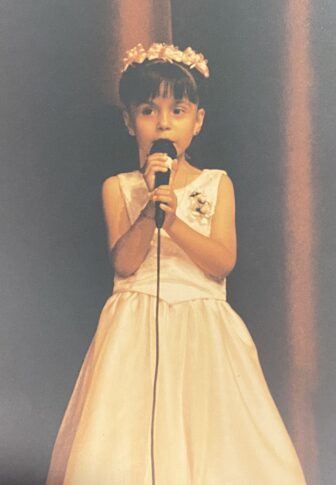 Stephanie Chavez giving her last speech in her kindergarten graduation in May 2003.

I practiced my speech with my mom for a couple of weeks. I was very good at memorizing. My parents beamed with pride when I went up on stage and gave my speech loud and clear. I was sad saying goodbye to my friends, but also happy to start a new chapter and meet some of my now best friends.

Now, in 2020, I will be the first person in my immediate family to graduate from college, earning a bachelor’s degree in multimedia journalism from UTEP. The biggest difference is that I will graduate this December without a ceremony because of the pandemic. The university has moved the ceremony date to next year in May 2021 in hopes that we might be able to gather in person by then.

Comfortable in the spotlight

Growing up I was very into music. My first time singing in front of an audience was at the age of six years old. I remember it was a school show talent and I chose to sing a song ” El Reloj Cucu,” by Mana. I dedicated the song to my grandmother who had passed away from cancer that same year.

“She would get the microphone in front of people, and she was never shy, never showed fear. On the contrary she would do it with a natural spark and till this day,” my mother, Irma Gaytan, said.

I was in my school choir from kinder to senior year in high school. I also fell in love with theater. In 6th grade I had the opportunity to compete in a one act play called “The Party.” I was given one of the protagonists roles. Five actors including myself participated in this play, which came in second place among five schools. I also received an all-star cast award.

Once I started high school I knew that little by little I had to decide what career I wanted to pursue. In my junior year in high school I had a journalism class. That is when I knew I wanted to become a television broadcaster.

The first to graduate in the household

My parents have always worked very hard to give me a better education. My mother finished high school and just as she was going to attend college her mother became ill. So she had to leave her education to care for her mother. My father did go to college and was close to graduation when he got a job opportunity that he believed would bring a better income to the household.

Instead, my parents focused on me finishing my degree. They would motivate me to keep going with my education because they wanted me to have more opportunities and and a chance to get my dream job. Growing up, my dad would tell me: “study something that you will wake up every day and enjoy doing and not see it as work.”

Stephanie Chavez poses for her kindergarten graduation in May 2003.

In August 2016, I started my first semester in the University of Texas at El Paso. I decided to major in multimedia journalism and a minor in theater.

When I attended the college graduations of my older cousins and friends, I would always picture the day I would walk in my cap and gown and receive my diploma. I knew that when that day came, not only was I going to be happy but also my parents would see it was worth all the sacrifices they gave up for my education. Both of them have worked full time jobs. They put aside things that they dream of, such a new vehicle or vacations, so that I could graduate debt free.

Everything seemed normal until UTEP went on spring break in March 2020, That’s when COVID-19 arrived in El Paso and the university switched to online courses. Those who graduated in spring and summer 2020 had a virtual graduation. I hoped the pandemic would be mostly over by the end of December so that I could have an in person graduation.

My dream graduation is not coming true, but the lesson is to keep things in perspective. The restrictions on gatherings are for the health of everyone. COVID-19 is something no one expected. It just came and took many lives and it is still doing it. I have friends who have lost family members. People started to lose their jobs.

I was very lucky to keep my job at the Student Recreation Center at UTEP. Even though the gym closed, I was able to work remotely. Last summer my plan was to find an internship, which was harder because most internships were cancelled because of health protocols. Fortunately, I was given the opportunity to work in marketing for the Student Recreation Center. I started managing the department’s Tik Tok account, and eventually became a student supervisor overseeing three departments. However, I will have to leave this job when I graduate.

If I see it on the positive side, not everybody can say that they graduated during a pandemic and I can. I am excited for the future. My plan is to try to get an internship at a television station and get more experience. Then, hopefully by fall 2021,come back to school to start working on my masters degree.

Stephanie Chavez majored in multimedia journalism at UT El Paso. She was on the Borderzine staff in fall 2020.