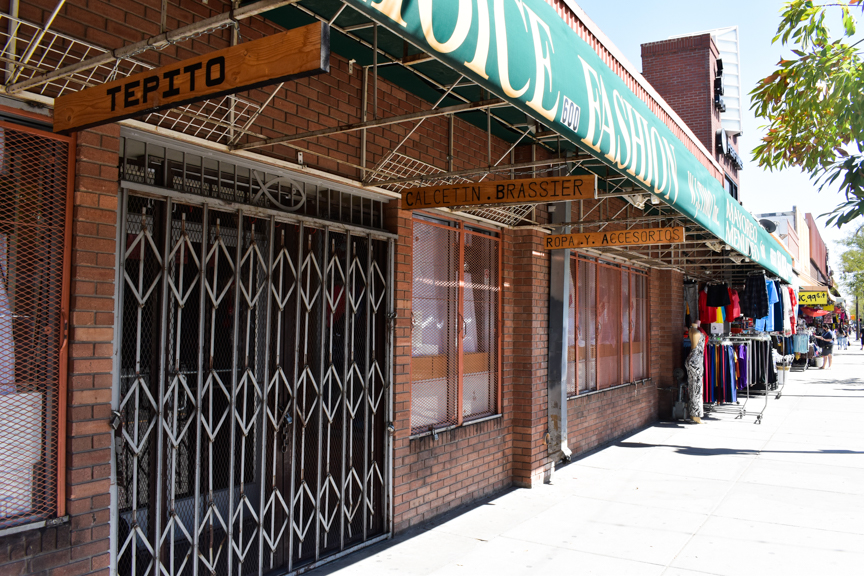 Downtown El Paso stores that have long relied on shoppers from neighboring Mexico for a majority of their sales have taken a big hit from cross-border travel restrictions during the COVID-19 pandemic.

Alma Gallegos event planning business, Viridiana’s Flowers, saw steady foot traffic from shoppers from both sides of the border – El Pasoans and Juarenses alike who came in looking for décor and party supplies for special events such as quinceañeras, weddings, baby showers and other occasions.

“There used to be more flow of customers both from here, locals, or from Juárez and now with the pandemic, the clientele or the fluidity of people has dropped by approximately 85 percent,” she said. 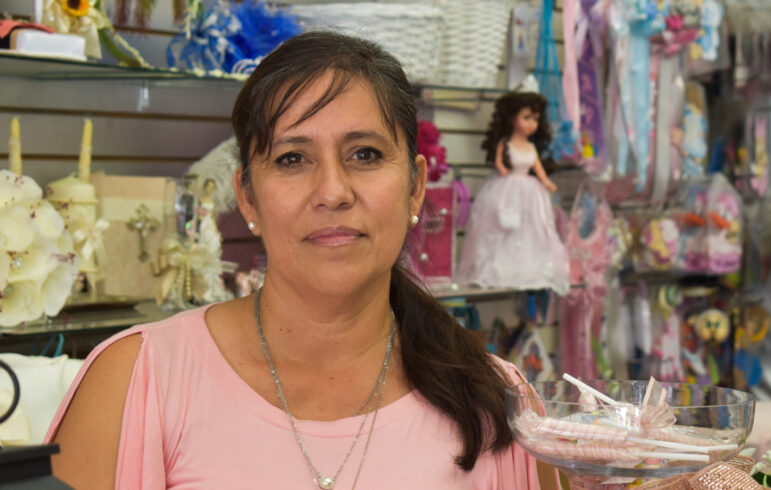 Alma Gallegos, owner of Viriana’s Flowers, says border travel restrictions have greatly cut down on sales for her shop in Downtown El Paso.

A large part of Gallegos’s business has suffered from restrictions against large gatherings. “There are no social events right now, there are no quinceañeras, baptisms,” Gallegos said. “There is nothing, so the clients have dropped by a lot and so have the sales. It has affected me quite a bit … economically.”

In March, the U.S. Department of Homeland Security imposed temporary travel restrictions on all ports of entry that border Mexico and Canada. The restrictions limit entry to essential travel for U.S. residents and U.S. citizens in an effort to minimize the spread of the COVD-19 virus across borders. The order to limit non-essential travel at the border was extended to Dec. 21, but could continue through the end of the year.

The guidelines to determine “essential travel” include those traveling for medical, educational and or work purposes. Because traveling for tourism, leisure or shopping does not count as essential travel the downtown establishments that rely on daily customers from Mexico to keep their businesses afloat have seen a significant decline in sales. 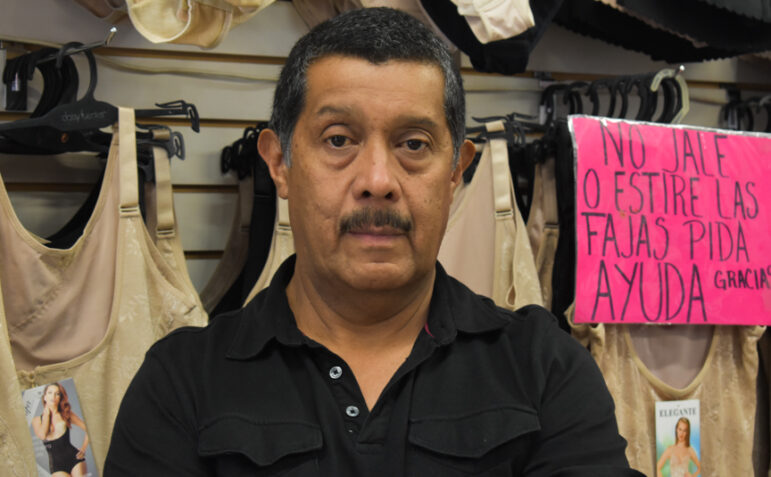 Joe Hernandez, owner of downtown clothing store, La Quinta, is optimistic about holding on through the pandemic to await the return of shoppers from south of the border. Photo by Brianna Perez, Borderzine.com

Longtime shop owner, Joe Hernandez, has been in business for over 20 years. He estimates 90% of the clientele at his women’s clothing store La Quinta come from south of the border.

“Our business was definitely much better than (before the pandemic), than it is now. It’s gone down at least a 70%” Hernandez said. He has lowered prices in effort to attract shoppers from El Paso and to make up some of the the lost business.

“All we can anticipate is that there’s going to be an increased volume of business closures. But how big that volume is going to be at this point, nobody really has an accurate estimate of what that is going to be,” said University of Texas at El Paso Economics Professor, Thomas Fullerton.

There’s a ripple effect from a big spike in job losses and decline in property values as businesses close their doors and liquidate their holdings.

In an effort to keep her event planning business going until the shoppers are allowed to return, Gallegos has begun using sources such as Facebook to display her work in hopes of attracting more shoppers online in addition to her storefront. “It has not been the same,” Gallegos said.

Over at La Quinta clothing store Hernandez tries to stay optimistic.“As soon as the pandemic is over and people from south of the border can cross, I’m absolutely sure this will improve a lot.”