Since its opening in 2001, Café Mayapán is known for more than it’s traditional take on authentic Mexican food. It also serves as a center for celebrating Mexican heritage, building community and supporting economic development for working class women.

But now it’s struggling to survive, due to the pandemic.

“I think it would be a shame if Café Mayapán ends up closing up, because it would be a loss not only for these women, but also for the community” said Aimée Carrillo, a longtime customer.

The cafe at 2000 Texas is one of three enterprises run by La Mujer Obrera, an organization dedicated to helping marginalized women. La Mujer Obrera was a labor movement established in 1981 by Chicana activists and garment workers.The group also runs Lummetik Trading Co., a fair-trade import company of works crafted by indigenous women and Rayito de Sol Daycare and Learning Center. 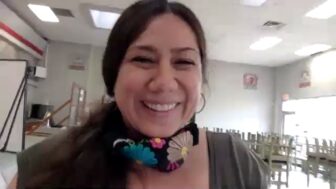 “This is a space created for the women by the women,” said Cemelli de Aztlan, President of the Board for La Mujer Obrera.

Over the past two decades, Café Mayapán has become a symbol of perseverance in the community, hosting numerous events celebrating the borderland’s rich Mexican culture and history.

de Aztlan said Café Mayapán was created to help garment workers who lost their jobs because of NAFTA. The North American Free Trade Agreement, enacted in 1994, established a free-trade zone in North America. Many manufacturing jobs moved out of El Paso and into Mexico.

“I think it’s important to always note that El Paso also was the hardest hit community in the nation. We lost more jobs than any other city in the United States,” de Aztlan said.

The idea for Café Mayapán came from the women who after considering solutions on how to rebuild their community.

“It wasn’t like we had created a restaurant just to fill a space, it was like, ‘what would you want to do?’ ” de Aztlan said.

Café Mayapán’s director Ana Gomez was once a factory worker herself. La Mujer Obrera trained her in the restaurant business. 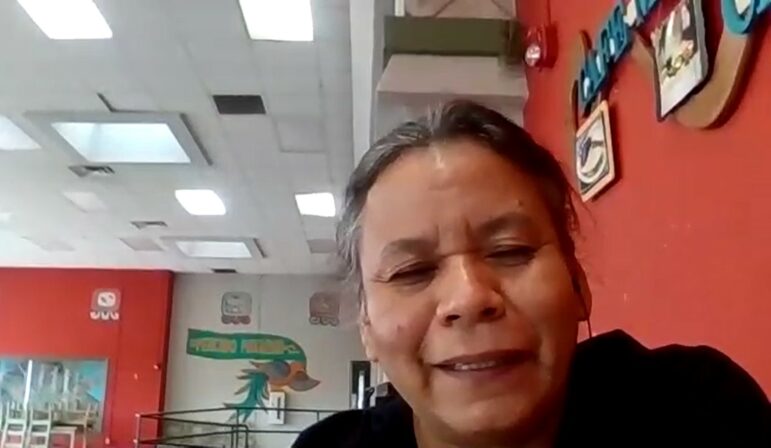 “I was given the opportunity to be able train other women who came after me too,” Gomez said.

As fewer people are going our during the pandemic, Café Mayapán, like many El Paso restaurants, is threatened by a drop off in sales.

“We are struggling in a sense that not enough people are eating out” de Aztlan said.

That worries Aimée Carrillo, who was first attracted to try cafe after hearing about its mission and then became a loyal regular over the food.

“The food is amazing and I can truly get the taste of real traditional Mexican in every dish,” she said.

“They do their best to be mindful about the environment and they give you eco-friendly cutlery,” she said.

“By sharing I was hoping my friends and followers will decide to go and support as I did,” Carrillo said.

Over the years, Café Mayapán has hosted culturally rich events like corn and mole festivals along with ancestral health fairs, poetry and book readings and various film screenings.

“It’s a unity. …When people come they can eat, join and connect with organizations,” Gomez said.

“I learned that Café Mayapán was a place that appreciated the people that many may overlook. It was a great experience that was both festive and emotional,” Gonzalez said.

de Aztlan said Café Mayapán can be supported by purchasing gift certificates and ordering takeout. Family packs are also available. For more information visit their website at http://www.mujerobrera.org/cafemayapan or on their Facebook page.