An El Paso man who has been allowed to stay in the United States under the Obama administration’s DACA program celebrated a Supreme Court decision Thursday that allowed the program to continue. But he also noted he and other people who came to the United States as children without legal authorization still face an uncertain future.

“At the end of the day we just don’t know what’s going to happen tomorrow. It’s hard living on a tightrope,” said David Gamez, 24.

Josue Tayub is a 36-year-old DACA recipient and nurse who works in the intensive care unit at an El Paso hospital. He has cared for both COVID-19 patients and victims of the Aug. 3 mass shooting.

“I’m happy, I’m super excited. It feels like I can do what I love to do, what I want to do with my life — for now,” said Tayub, who came to the United States as a child from Yucatan, Mexico. 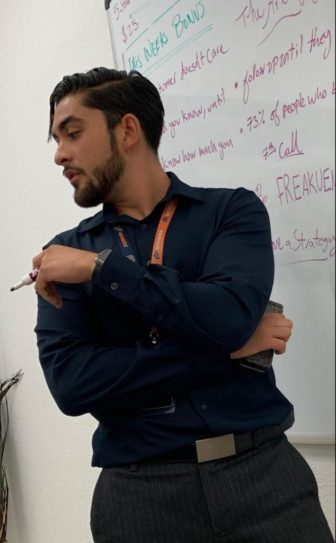 David Gamez of El Paso is a DACA recipient studying to become a software engineer. (Photo courtesy of David Gamez)

The Supreme Court, in a 5-4 decision, ruled that the Trump administration had acted in an “arbitrary and capricious manner in 2017 when it ended the Deferred Action for Childhood Arrivals program instituted by the Obama administration in 2012. That program protected from deportation those people who came to the country as children, so long as they followed a set of rules.

“It is a great day for DACA status holders. While this is not a definitive protection of the DACA program, the program lives, and we continue the fight to ensure permanent protection for all Dreamers, and we will joyfully continue to help DACA status holders renew their status,” said Melissa M. Lopez, an attorney and executive director of El Paso’s Diocesan Migrant and Refugee Services.

“Let us continue to work for justice and storm the halls of heaven with prayer, until the dreams of all of our sisters and brothers, documented and undocumented, are set free from cages of fear and indifference, and all of us can take our rightful place at the table of fraternal love,” Seitz said in a statement.

The Obama administration implemented DACA after Congress had failed for years to provide protection for “Dreamers,” those who entered the United States as children. Polling has shown widespread support for such legislation, though many Republicans oppose any change in immigration law they view as “amnesty.”

Gamez said he’s puzzled by the failure to permanently normalize the status of people like himself.

“It’s just very confusing because I feel like there’s been so much investing into us that the American people should be able to cash out on the investment they have made on us so far,” he said. “We are very well educated people, we have worked so hard to provide positivity for the country.”

His mother brought him to the United States when he was 10 years old, after their home in Cancun was destroyed by a hurricane.

“It’s so scary for her because we dropped everything to come out here. We have given it our all to earn a place here,” Gamez said.

He is studying to become a software engineer and currently works for a solar company. “I’m a  taxpaying, law-abiding citizen.”

Gamez vows to push forward, despite the continuing uncertainty over his future, and urges other DACA recipients to do the same.

“I think it’s very important for Dreamers to keep focused on what they are doing. At the end of the day, our mind is the strongest weapon against oppression,” he said.

“I think today’s decision brings some peace of mind knowing that the program can remain not only for myself and for Angie, but also for a lot of DACA recipients who will either be able to renew or will be able to fully apply for the first time,” Carrillo said.

Rodriguez said DACA allowed her to graduate from college and begin a career.

“It allowed me to obtain a job, help my family financially, help my sister cover some of her tuition. It allowed me to purchase a car, travel across the states; not out of the country, but at least feeling a little bit more secure,” she said. 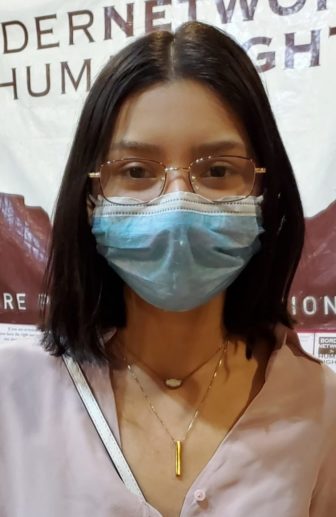 Itzel Campos, 19, has been living in El Paso for 13 years, after her family moved from Torreon, Mexico. Her DACA approval was set to expire in November, but she now hopes to be able to renew it so she can continue working and helping her family.

“My permission expires in November and I wasn’t sure if I’d be able to reapply, so I thought they would be able to take me out (of the country) at any moment, at any point,” Campos said. “Right now I’m very happy to know that it will stay intact.”

“The Supreme Court did not necessarily protect DACA in any way. They state that the way it was ended was contrary to our laws,” said Linda Rivas, an attorney and executive director of Las Americas Immigrant Advocacy Center. “The reality is the administration could try and end it and do it differently this time.”

An unanswered question is whether the Trump administration must reopen DACA to new recipients in the wake of Thursday’s ruling.

“We’re ready as an organization, we are ready to move forward, we are ready to continue to do this work to help those that are DACA recipients and that should be eligible to receive DACA,” Rivas said.

These DREAMers, who are doctors, nurses, teachers, military personnel, and so much more, represent the best parts of America. #ThisIsHome #HomeIsHere https://t.co/LVOvji2NUc

Jon Barela, CEO of the Borderplex Alliance, which promotes regional economic development, said Dreamers are part of the community and contribute much to society.

“While the Supreme Court’s decision today is reassuring, we urge Congress to find a long-term, bipartisan solution to our inefficient and short-sighted immigration system. Doing so will make the country more prosperous and allow us to live up to our highest ideals as a nation,” Barela said.

Long past time for legislative solutions: “As polls have repeatedly shown, an overwhelming majority of voters support permanent protections for DREAMers.” https://t.co/R2Wl3qc4Gy

“We need a long-term solution and we call on Congress to act and bring a substantive solution for the 11 million immigrants in this country,” BNHR Executive Director Fernando Garcia said.

University of Texas at El Paso President Heather Wilson, a former Republican congresswoman from New Mexico and secretary of the Air Force in the Trump administration, applauded Thursday’s ruling.

“Today’s decision is not a final resolution but it is an important reprieve for young people and families with deep roots in our communities, many of whom are on the front lines in this time of national crisis. We still need Congress to act. Pass the Dream Act, cut funding to ICE and CBP, tear down walls, set free the detained and restore asylum,” said Corbett, whose organization advocates for action based on Catholic social teaching.

He said the Supreme Court’s ruling that the Trump administration acted in an arbitrary and capricious manner in ending DACA summed up the administration’s broader border policies.

Angela Kocherga contributed to this story.

Cover photo: DACA supporters rallied outside the Supreme Court in November 2019 as the court heard arguments about the future of the program. (Photo courtesy of Victoria Pickering)

This article first appeared on El Paso Matters and is republished here under a Creative Commons license.“