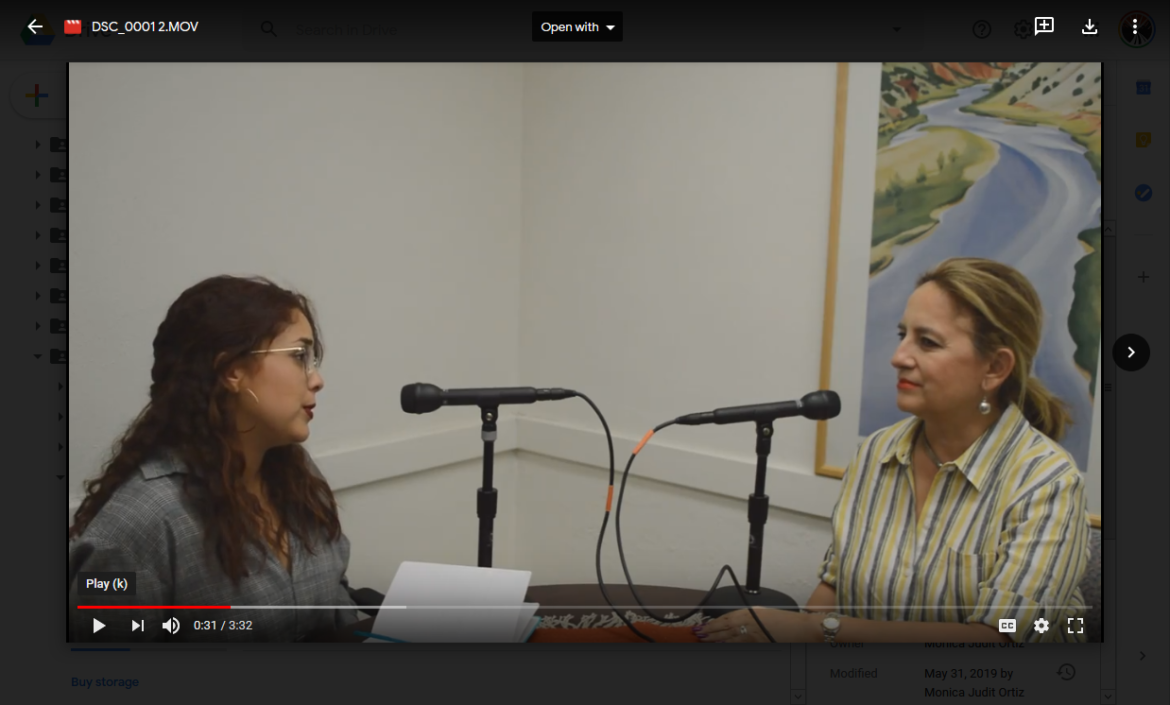 In the summer of 2019, undergraduate journalism students from the University of Texas at El Paso and Universidad Autónoma de Ciudad Juarez collaborated to record personal stories of the border.

In the 1980s, the elections in Mexico were full of fraud, causing mass protests. One of the strongest movements occurred in the state of Chihuahua. Ana Sofia Rey interviewed her mother Monica about the fight for democracy in Ciudad Juarez.

Ana Sofia: Tell me a little more about the protests in Ciudad Juárez.

Monica: It was a group of people who were dissatisfied. They began to manifest. We were tired of having our vote be mocked, of it not being respected. I remember that in 1985 I was a box representative. One of the things that, in training to be a city representative, warned us was: Do not accept food from anyone. Because in other years, what they would do is that they would offer  food and in the food and drinks they would put laxatives. The representatives of the party would then have to constantly go to teh restroom beacus eof necessity, obvisouly, it was then that they would take advanatge and alter the ballots.

With protests, they would tell us, “when you’re out in the street, at one o’clock, wherever you are, stop your car and step out of it for one minute. At one o’clock the city would stop, we would get out of the car and stand there outside of the car. And once the moment would pass, “boom” we would climb back in.

Another of the protests was the taking of the bridges. The Cordova bridge, the international bridge, also the Santa Fe bridge. We would go and sit on the bridge. I mean, there were a lot of people. People who slept there, because that was also an economic loss for the city. But it was a way of pressuring the government.

There was also the “charolazo”. They would come out hitting a pan with a spoon. Hitting, hitting, making noise. That was the point, for the government to turn and see the dissatisfaction of what we were living.

In 1986 in the parade on November 20, my aunts, my mom, and my aunt arrived crying because they had been gassed with pepper gas in their faces in order to move them. My mother says that there was a policeman who said to her, “lady, get up, leave.” I mean the police themselves got it, they were intimidated by the bravery of the women. And they remained firm.

There was the march of silence too. It was going with a candle or just walking in silence. It was an awesome adrenaline. It was to believe that the union could change the system.

Ana Sofia: What do you think Ciudad Juarez is missing?

Monica: I’m convinced that Jesus was killed beacuse he was revolutionary, because he couldn’t shut up and got involved. That’s what we lack. Commitment. Take off a little of the comfort we live in. We know things happen and we prefer to shut up. It scares us.

Ana Sofia: But, for example, now as a mom. How would you feel that for example I start to participate again in things like that or visiting houses in areas that we know violence is very strong.