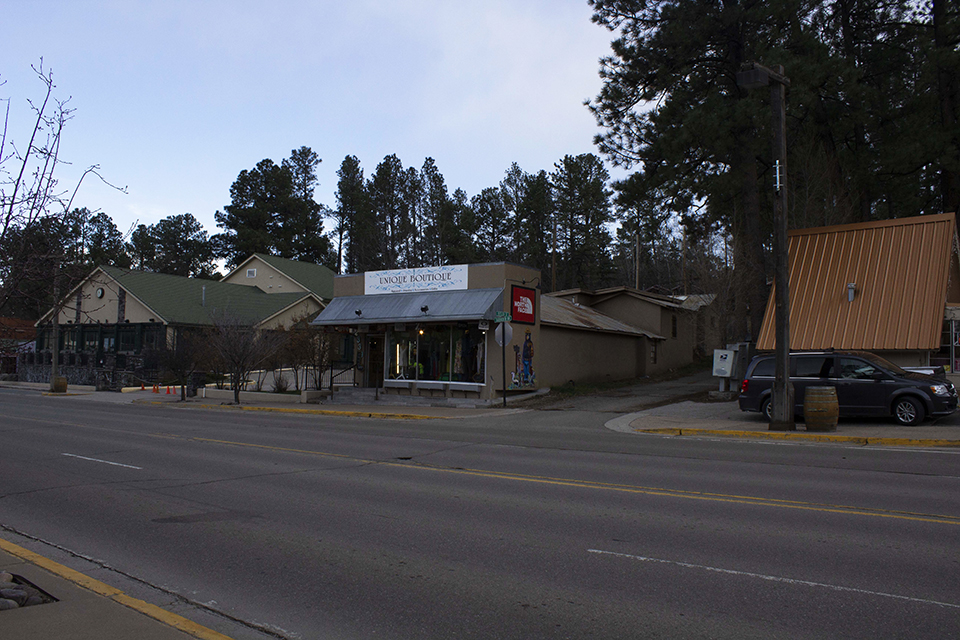 Shops at the main street are closed, showing an empty street on what usually is the busiest street.

RUIDOSO, NM — In this town where tourism is one of the biggest sectors of its economy, not having visitors can become a real problem.

Ruidoso has experienced a huge drop in tourism because of COVID-19 concerns beginning with spring break, one of the village’s busiest times of year after the winter season.

We actually haven’t been seeing a lot of tourism at all,” said Juan Sosa, a sales clerk at clothing store Parts Unknown in mid-March. That’s when the casinos, racetrack and ski resort saw a drop off in visitors before they closed down completely. “It’s affected the town as far as tourism quite a lot,” Sosa said.

Sosa, and many others who work on the main street in the village depend on tourism. The village with a population of about 10,000 welcomes around 1.9 million tourists every year according to The Village of Ruidoso Tourism Department. 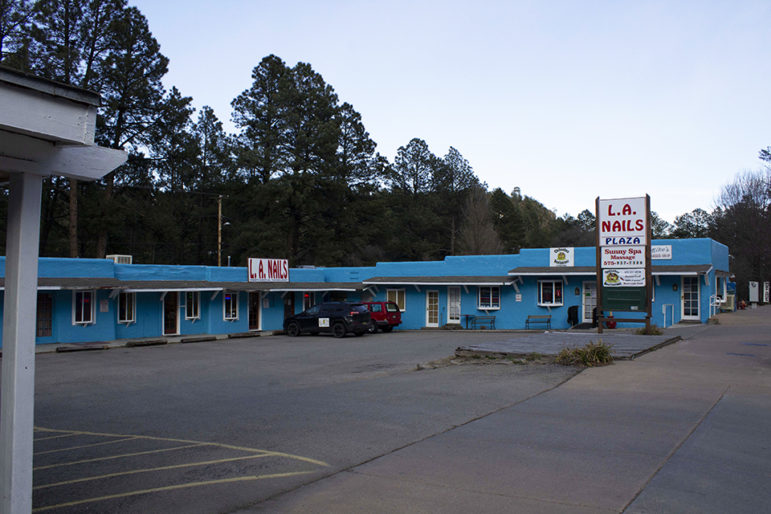 An almost empty parking lot at a small strip mall in Ruidoso, as shops are not longer open.

The picture in Ruidoso during spring break included empty streets and stores and closed restaurants. The losses will also add up during Holy Week, Semana Santa, a busy vacation season for tourists from Mexico.

Only one case had been confirmed in Lincoln County as of April 10th according to New Mexico health authorities.

The immediate impact from the COVID-19 restrictions is economic in a region that depends on outdoor tourism and attractions including ski resorts.

“Not having money coming in is the biggest thing that the coronavirus has done to our little small town,” said Briana Stoddard, employee at Old Barrel Tea Company.

Stoddard describes the business that she works for as a “mom and pop shop,” a family-owned store where she knows the owners and where people in Ruidoso love to shop for their special teas. 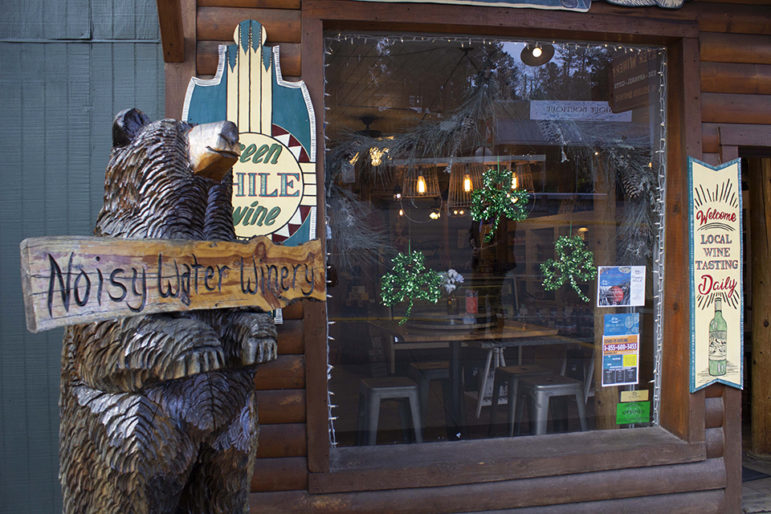 Some of the shops in downtown Ruidoso are small, mainly family-owned businesses, that count on tourists to stay open.

“It’s going to be a really sad day when we decide to, ‘Hey we’re gonna shut the doors for a couple of months’ and so we’re all just gearing up for that and we’re not really ready for it,” Stoddard said.

Efforts to hang on ended when the Governor of New Mexico issued a statewide stay home order that included employees at all but essential businesses.

Shops in Ruidoso are closed for now, but restaurants are considered “essential businesses” if they limit operations to take out food service. One restaurant in particular, Noisy Water Sushi, which barely opened in December, was forced to implement new ways of serving their food.

The restaurant started a new delivery and to-go process, something the owner never anticipated. The servers became the new delivery drivers to make up for some of the hours they are no longer working in the restaurant. Even so, workers like Nicholas Cooper have have seen their hours cut back because of less business.

Still, he considers himself lucky to be living in a quiet, small town, where he doesn’t think the COVID-19 outbreak will be as bad as in larger metropolitan areas.

“I have family in Tucson, Arizona, where a lot of us are from, and back there, from what I hear, is pretty scary,” Cooper said.

He’s optimistic better times are ahead. “Here, it’s looking a little bare, you don’t see as many tourists or as many people, which is a little scary. But we know it’ll pick up as soon as the travel restrictions die down.”