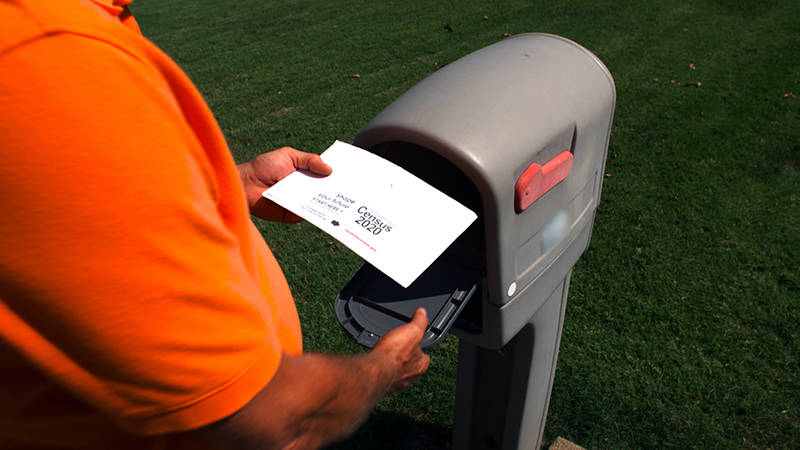 Undocumented immigrants are at risk of an undercount in 2020. Photo credit: U.S. Census Bureau

The United States might not be able to get information about more than 10 million people in the 2020 census.

That’s the number of undocumented immigrants living in the United States. Another 16.7 million individuals live in a household with an undocumented member and so might also not be counted in this year’s census.

The primary reason that undocumented immigrants might forego participation in the 2020 census? Fear.

If data is missing from the 2020 census, that will harm national and community planning efforts.

The fear of being deported to one’s home country extends well beyond wanting to remain in the United States to simply have a better life.

A large proportion of recently arrived undocumented immigrants are from the northern triangle regions of Central America that include El Salvador, Guatemala and Honduras. Though approximately 1.2 million Mexican immigrants in the U.S. returned to their home nation between 2010 and 2018, an estimated 265,000 Central Americans are fleeing annually to the United States, due to extreme violence and high murder rates.

There are 4.1 million U.S. citizen children who have an undocumented parent. Deported parents will often protect their children by leaving them behind in the U.S. This potential, and likely permanent, separation feeds the fear endured by undocumented immigrant parents.

Increased immigration enforcement policies and threats of more raids and detentions by Immigration and Customs Enforcement have escalated the fear associated with deportation.

In two qualitative studies that colleagues and I conducted with health and social service providers serving documented and undocumented Latinx immigrants in Texas and Tennessee, fear of detention and deportation emerged as a consistent component of immigrants’ daily lives.

Fear was described as so intense that undocumented immigrants avoid using medical or social services, even when their children have known medical needs. Texas providers reported that parents are unwilling to share their home addresses, since permitting outsiders into one’s home can pose risk of detection and, ultimately, deportation.

Despite the mandated protections that prevent the U.S. Census Bureau from sharing information with law enforcement or other government organizations, fear and lack of trust of the government could very well supersede undocumented immigrants’ willingness to participate.

Interviews and focus groups conducted by the Census Bureau suggest that immigrants fear their responses would be used to identify and penalize them or their undocumented household members.

Furthermore, among those who do participate, data might be incomplete or inaccurate as a result of fear. For example, evidence suggests that proposals to include a citizenship question, though ultimately thrown out by the Supreme Court, would possibly result in more unanswered questions related to age, race and Latinx household members on the census, especially among individuals who were born in Mexico or Central America.

How might these high levels of fear influence the 2020 census?

School, voting and legislative district boundaries will be based on incorrect figures. Allocation of resources for schools and communities will fail to account for the accurate number or demographics of community members. Researchers, businesses and community organizations will design and implement projects based on misinformation.

If the Census Bureau wants to overcome barriers to participation, it will have to make efforts to educate and facilitate participation among undocumented immigrants.

Some ideas might include educating immigrants about how census data are used, in their native languages, or sharing information through trusted community members or organizations serving undocumented immigrants. Flyers, emails and texts from these organizations could potentially serve as an invaluable tool to disseminate accurate content related to the census.

Another idea is that the federal government might be able to reduce fear by ceasing immigration enforcement activity while 2020 census data are actively being collected.

The United States has an opportunity to accurately assess who resides in our country and in our communities. Fostering a climate of safety around the census is essential to achieving a complete count.