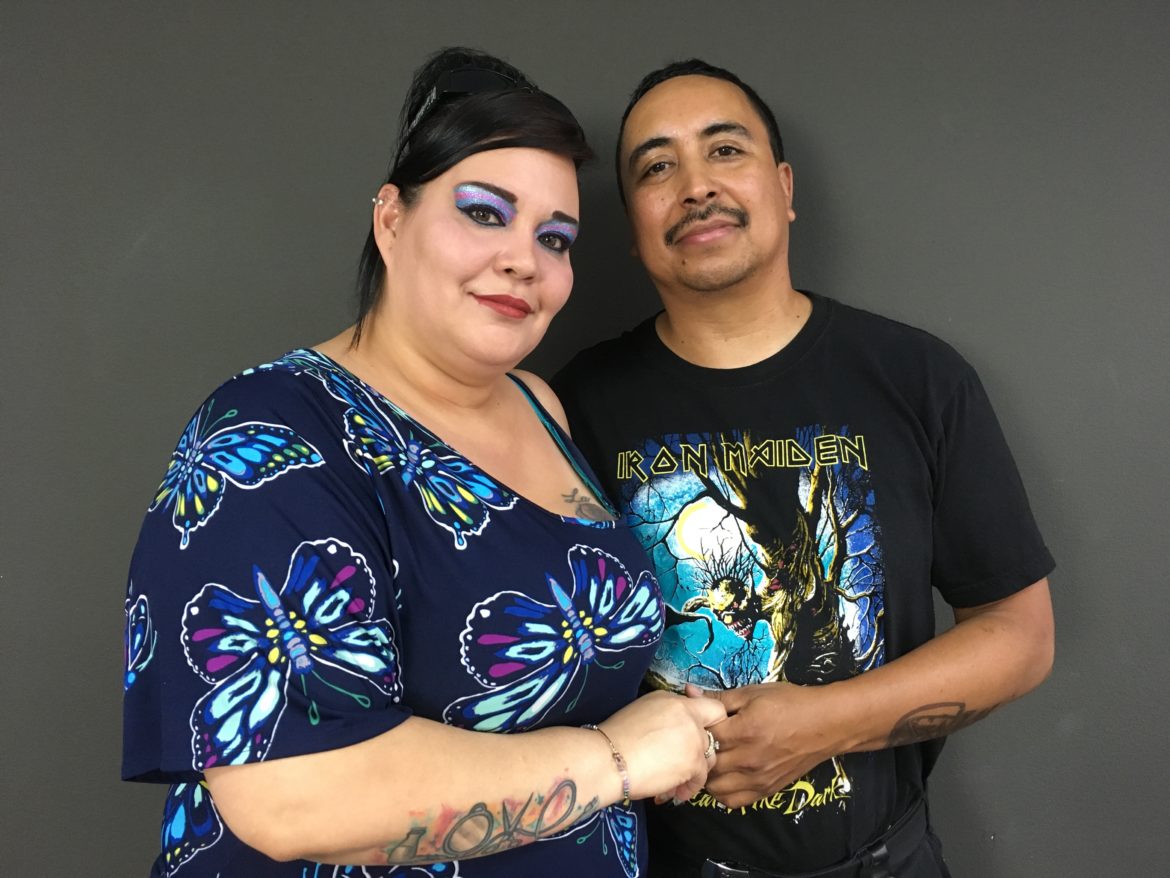 Translation: This is the story of a couple separated by their immigration status. Sandra Lopez returned to Juarez after discovering that she was living undocumented in the United States. She met her husband, Rodolfo, an American citizen, online. Both recall how their relationship developed.

Introduction: The universities of UTEP and UACJ have collaborated this summer to gather stories from both sides of the border. Today we have the story of a couple separated by their immigration status. Sandra Lopez returned to Juarez after discovering that she was living undocumented in the United States. She met her husband, Rodolfo, an American citizen, online. Both recall how their relationship developed.

Rodolfo: When did you find out that you were undocumented?

Sandra: I realized it when I was going to graduate from high school. That’s where it hit me. My counselor called me to say “hey, we have scholarships that they want to give you.” Ah, how fun, I said, How cool. But then he said, “but do you have Social Security?” And that’s when I was like, what is that? And that’s when I said “oops.” I wanted to continue studying, I wanted to study to be a judge.

Rodolfo: How were your first weeks, months living in Juarez?

Sandra: It was horrible because I came to a country I didn’t know. With no one to give you support, without knowing anything, and now what do I do? Where will I go to look for work? And I thank God that Sanborn’s was the one who gave me the opportunity. The manager told me, the amount you earned in the United States does not compare to here. The first time I grabbed my check, tears even rolled. Wow, I earned this in a single week. A whole week working hard. And earn $55 a week.

Sandra: Tell me about the first time we met.

Rodolfo: She brought her mother to the bridge. I bought flowers and brought my guitar. And I crossed.

Sandra: And what did my mom call you?

Rodolfo: Oh, Antonio Banderas. Because I arrived with the guitar and the flowers.

Sandra: I made you chile rellenos with rice and beans and there I was, cooking, and making everything look good and boom I ran out of gas. And I said, “what now?” I quickly called, because there where I lived I had an aunt who lived there, so I called her. “Aunt, you know what, this this and that…” “No mija, come here and we’ll make the chiles rellenos here so they are ready.” Well, there I go with my aunt, with pans and everything walking in the street to go and make the chiles rellenos. I prepared him a romantic dinner.

Sandra: When did you realize that you fell in love with me?

Rodolfo: Well, I remember talking to you and feeling sad to get to El Paso and not be able to visit you. You caught my attention, I needed you.

Rodolfo: And where did we get married?

Sandra: Well, on the bridge.

Rodolfo: On the Santa Fe bridge.

Sandra: It was a totally unforgettable experience. Everyone looked at me weird. Just like, “Ah look, there’s a bride.” Well, I was already very nervous to walk all over the street and then go up to the bridge and then pay the booth. And then when I was arriving, it felt like eternity to get to the middle of the bridge. Finally, when he stretched his hand I relaxed. There, I’m safe.

Rodolfo: What was the most difficult part of our relationship?

Sandra: Even now that has always been the saddest part of our relationship. Not being able to be with you every night.

Rodolfo: And what are your plans for the future?

Sandra: I want to be able to fix my immigration status, to be able to go there and be with you. Of course we want to live as a family, as every normal family lives wherever they are together.