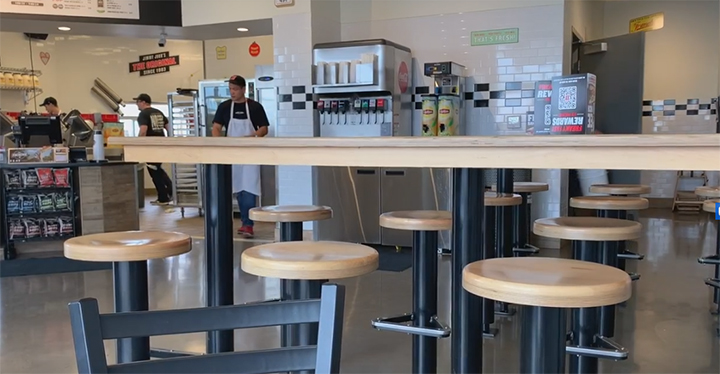 Bringing a franchise restaurant to a new city may seem easy compared to opening a business from scratch. However, being a franchisee comes with its own set of challenges.

“Some franchisees don’t realize how hard it is to get started and how hard it is to make it successful. It takes time and it takes a lot of work,” says Kirk Robison, chairman and chief executive officer of Pizza Properties Inc., which owns and operates 46 Peter Piper Franchises in Texas and two in Las Cruces. In September the company bought 10 El Paso Applebee’s Neighborhood Grill & Bar locations.

In order to be a successful franchise owner, franchisees have to study the business model of what they’re purchasing, the location they’re bringing the operation to, and finances says Chris Lyons, the owner of Jimmy Johns locations in El Paso and Las Cruces.

“Everything is on you to be able to reach profitability,” Lyons says, which is “something that the franchisor doesn’t have to worry about.”

Although it takes a lot of money to build up a franchise location, it may be less costly than starting a new business. “It makes financing easier to go with a franchise,” Lyons says. Banks are more likely to loan money to a franchisee when there’s a proven track record for the company. If a franchise has been successful in the past and there is market research for the new area, then there is less risk involved in lending thousands of dollars to the franchisee.

But owning a also franchise means giving up creative freedom.

And, some franchise opportunities that seem promising may not do as well as expected.

“Some brands that I brought to the market, like Black Eyed Pea and Del Taco, were not successful, so they don’t always work out,” Robison says. “In business sometimes you invest in things, you keep some, you don’t keep others, and there’s just different strategies along the way.”

One strategy is for franchisees to look for outfits with business models they believe in, Lyons says, explaining how he came to choose Jimmie Johns.

“I absolutely came to the brand through the lens of both simplicity and through quality.”

Robison’s advice for becoming a successful franchisee is to follow two seemingly simple, yet crucial directives: “Number one you have to be able to finance whatever you do, you have to have the money and the debt and the credit to buy some sort of a business or build it,” he says. “Number two— which is the intangible— is you have to be 150 percent committed to working it and making it work. It’s not going to work if it’s just an investment.”

Lyons advice is similar that immersing yourself in the business is very important even before investing.

“I would suggest getting with somebody who’s willing to share all there is about the business with you to get your feet really wet on what it is first and work your way up with them,” he says. “Find anyway to get yourself in the door. You’re going to learn an incredible amount and you’re also going to learn whether it’s the right place for you.”

Jennifer Frescas is a graduate of the multimedia journalism program at UT El Paso.