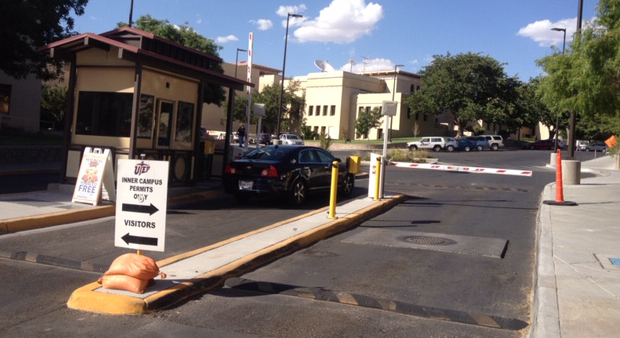 Stalking and burglary were the most prevalent crimes on the University of Texas at El Paso campus during the past year, but showed a slight decrease from previous years, according to a recently released crime report.

The report – the Annual Security and Fire Safety report and released by the UTEP Police Department on Oct. 1 – showed 12 cases of burglary. That compares to 12 reports of burglary in 2017 and 27 in 2016.

The report follows the “Jeanne Clery Act,” which requires higher education institutions to issue “an annual report containing crime statistics and statements of security policy,” said UTEP Police Chief Cliff Walsh.“We’re happy to (release the crime statistics). We think is a great thing to do to promote transparency and safety on campus, and to provide information to the general public,” Walsh said.

Walsh said the typical experience of burglary at UTEP has to do with someone walking in an unsecured office or area and taking something from it.

“What we like to tell our students is treat the campus like you would if you’re at the mall,” Walsh said. “You see it every day when someone would go to the library or classroom and they’ll leave their laptop, they’ll leave their belongings, in some cases for a while. I even remember having a car left running while someone went to class.”

Catie McCorry-Andalis, associate vice president for student engagement and dean of students, describes burglary cases at the university as “crimes of opportunity,” more than intentional-type of situations.

“I think one of the things that happens with those types of situations is our community comes to our campus, finds it to be such a safe and secured campus that we tend to let our guard down,” McCorry-Andalis said.

McCorry-Andalis said although there has been work done to ensure the zero tolerance of these crimes on campus, UTEP has also approached theses issues as “one is one-too many.”

“I always tell our team I would love the day when we do not have to address these issues anymore, but until that day comes, we’re going to do all we can to support our students, faculty, and staff in this campus and make sure that they are not part of an environment that is hostile or filled with some sort of sexual misconduct,” McCorry-Andalis said.

She also emphasized the importance for a community to be willing to come forward with these situations as “that’s not always the case.”

“I think it’s also important to remember that dating violence, stalking, etc. are some of the most underreported crimes and I think we’ve done a very good job in the past several years of letting our community know ‘if this is happening you need to come forward,’” McCorry-Andalis said. “So, because there are more or less numbers does not necessarily mean there are more or less cases happening.”

Walsh also said these types of crime are always a “serious concern” to the police department as they focus on these crimes being “stopped right away.”

“We also want to make sure that the student feels safe on campus, that’s addressed directly, so…we work with Catie’s office and we think from schedule changes, parking, escort services, a host of things to include victim’s services to the care office, through counseling services, there’s a whole host of resources on campus that we bring to bear,” Walsh said.

McCorry-Andalis also encourages people to engage with the system as much as possible in this regard, from watching videos for incoming students informing on what to do in unsafe situations, answering surveys on whether students feel safe, participating in campaigns of wellbeing and programs on dating violence, taking advantage of escort services, among other resources.

“When a case comes in, we rely heavily on our campus police department to categorize it, because the penal code is very specific what constitutes stalking versus dating violence versus domestic violence, even on the burglary…but regardless of what category it falls into, it’s horrible that is happening, but I’m thankful folks have trust in our system to bring it for and address it,” she said.

Adriana Chavez, senior UTEP political science student, said that she feels safe on campus, but that she would like further action taken from the police department during the evenings.

“I’ve stayed here (on campus) very late at night and I’ve walked long distances on campus…but I always feel safe,” Chavez said. “However, I would like to see them more at night because I only get to see them during the day and I feel there’s more danger when there’s no Sun, or no sunlight.”

Walsh has heard similar concerns where, like Chavez, students feel unsafe with regard to lighting on campus.

“We’ve been improving lighting on campus for years and years. And lighting typically in many areas of the campus are either at or above the standards for lighting in communities across the country,” Walsh said. “My hat’s off to facility services and Catie’s office. My staff and a whole host of others and students as well, and faculty and staff, who report that ‘this area is dimmed or something’s not working right,’ for lighting purposes in that area.”

Walsh also said he believes students at UTEP to be more “mature, responsible, and more capable than anywhere I’ve seen,” as he has noticed students taking initiative toward their safety.

“We can never predict the future, but with the student body’s help and taking more responsibility than what they already have for their own safe and security, we can all make the campus safer than what it was yesterday,” Walsh said.