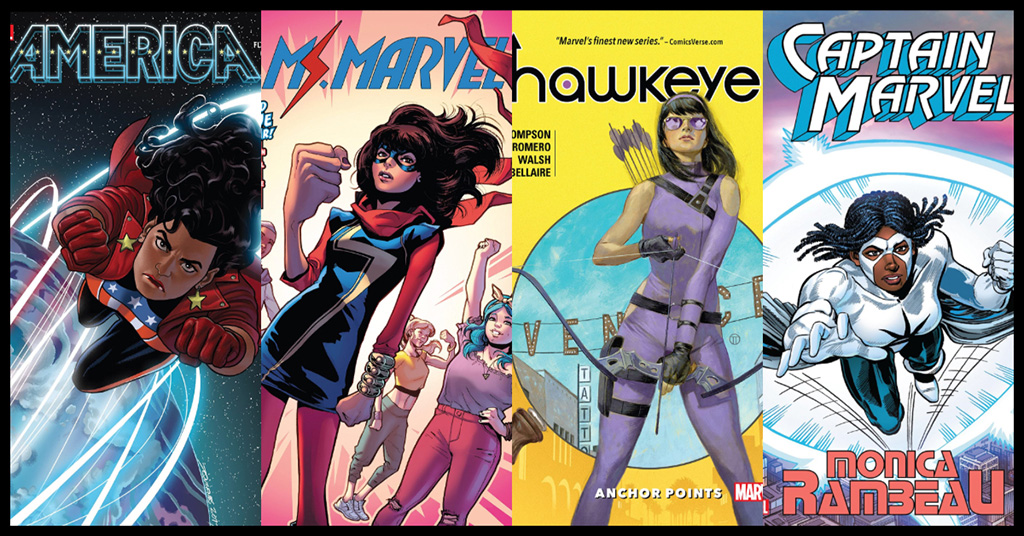 After 10 years and 20 films, Marvel Studios did the apparently unthinkable: released a woman-led superhero film.

In the two months since its release, “Captain Marvel” has smashed box office expectations, raking in over $1 billion worldwide and having the third largest worldwide opening weekend ever for a superhero film behind “Avengers: Endgame” and “Avengers: Infinity War.”

What has been even bigger though, is the debate the film has set off. Because apparently some people still feel that films highlighting women – especially in the superhero genre – are unnecessary.

While many fans praise the much-needed representation and empowerment for young girls and women who are fans of Marvel that the film provided, some took issue with Marvel’s decision to place a woman hero at the forefront.

The film was subject to a troll campaign, with some trying – and failing – to boycott the film in order to tank its box office numbers. Others organized a smear campaign on film aggregator Rotten Tomatoes, leaving negative reviews of the film before it was even released. Others have still apparently made it their mission to inundate any social media post featuring “Captain Marvel” or its star, Brie Larson, with hateful comments, even going so far as to criticize Larson’s body.

This is not necessarily anything new. “Wonder Woman” experienced similar backlash, although on a smaller scale. This response, however, is old and tired. Because here’s the thing, although films like “Captain Marvel” and “Wonder Woman” indicate that a long-overdue changing of the tide is occurring within the world of superhero films, women are still treated largely as invisible by Hollywood.

Yes, we’ve had a small increase in films led by women in the past few years. Yes, we’ve had two superheroine-centric films. But the change is very slow coming and it’s not quite enough.

While the Marvel Cinematic Universe is only one film franchise, it’s indicative of an entire industry that largely ignores or poorly represents women. The fact is that this is a decade-spanning, multibillion-dollar franchise that has more lead-actors named Chris than films led by a woman hero or hero of color combined.

The statement that makes about the film industry’s representation of minorities is just sad. Especially when films like “Captain Marvel” or “Black Panther” get accused of pushing “radical political agendas.” But the idea that women and people of color should be visible isn’t radical. It’s common sense.

According to the Motion Picture Association of America, women made up 51% of movie goers in 2018, and Marvel claims that at least 40% of its comic readers are women. So then, why aren’t women being represented more in in the films based on those comics?

The problem isn’t even limited to the superhero genre. According to an annual study by USC Annenberg, just over a quarter of the 1,200 most popular films since 2007 have had a woman lead or co-lead character.

While superhero men continue to flourish, women are often forced into the shadows reduced to love interests or sidekicks. This is not only frustrating, but potentially harmful to the young girls who watch these films.

One of the things that “Captain Marvel” did so well was allow Carol Danvers to shine on her own and without forcing her into a romantic subplot, but that’s such a rare thing even today. “Wonder Woman,” for all its positive representation, at times felt like Diana was playing sidekick to Steve Trevor’s hero, and her heroic journey often felt overshadowed by her love story with him. Even Black Widow was put into an awkward and unnecessary romantic subplot with Bruce Banner that most of us would rather forget.

Women and young girls deserve to see themselves in the superheroes in their movies just as much as men and young boys do. They deserve to know that they can do anything, be anything or defeat anything that gets in their way. And not despite being a girl, but because of it.

Maybe men can’t fully appreciate just how important women superheroes are, but for many women seeing these fierce, powerful women shine on screen means the world to us. Watch any video on YouTube of women simply reacting to the trailers for “Wonder Woman” and “Captain Marvel,” and that becomes incredibly apparent.

Movies like “Captain Marvel” and “Wonder Woman” that put women at the forefront are great. They allow women to feel empowered and represented in a world where they’ve been largely absent. Films like “Black Panther,” “Ant-Man and the Wasp” and recent entries in the “Avengers” saga have even provided another small step forward by allowing secondary women heroes small moments to shine.

Notably, “Endgame” gave us a short scene that brought all of its heroines together in a nod to its A-Force team from the comics. But the response to that scene is an indication that we still have room for improvement.

Because we can do even better.

How about an all-heroine team-up movie?

Because women come in different colors, shapes and personalities, and deserve to be highlighted in all of our varieties. And these diverse heroes exist within the pages of comic books, you don’t even have to look hard to find them. If Marvel could take a virtually unknown team like the Guardians of the Galaxy and turn them into a box office hit, then they can take a chance on a few more heroines.

And honestly, women superheroes just make sense. Because in reality, women have been catalysts for change and leaders in their movements for centuries, and isn’t that a large part of what heroes do?

As a woman who has been watching superhero films for as long as I can remember, I’ll admit that finally seeing a superheroine command the lead brought tears to my eyes. Because while I might not have any kind of superpowers, there have been plenty of moments throughout my life where I’ve been told that I can’t or shouldn’t do something just because of my gender. Watching a character like Captain Marvel prove her own naysayers wrong felt empowering as hell.

In the end, isn’t that what It’s all about?