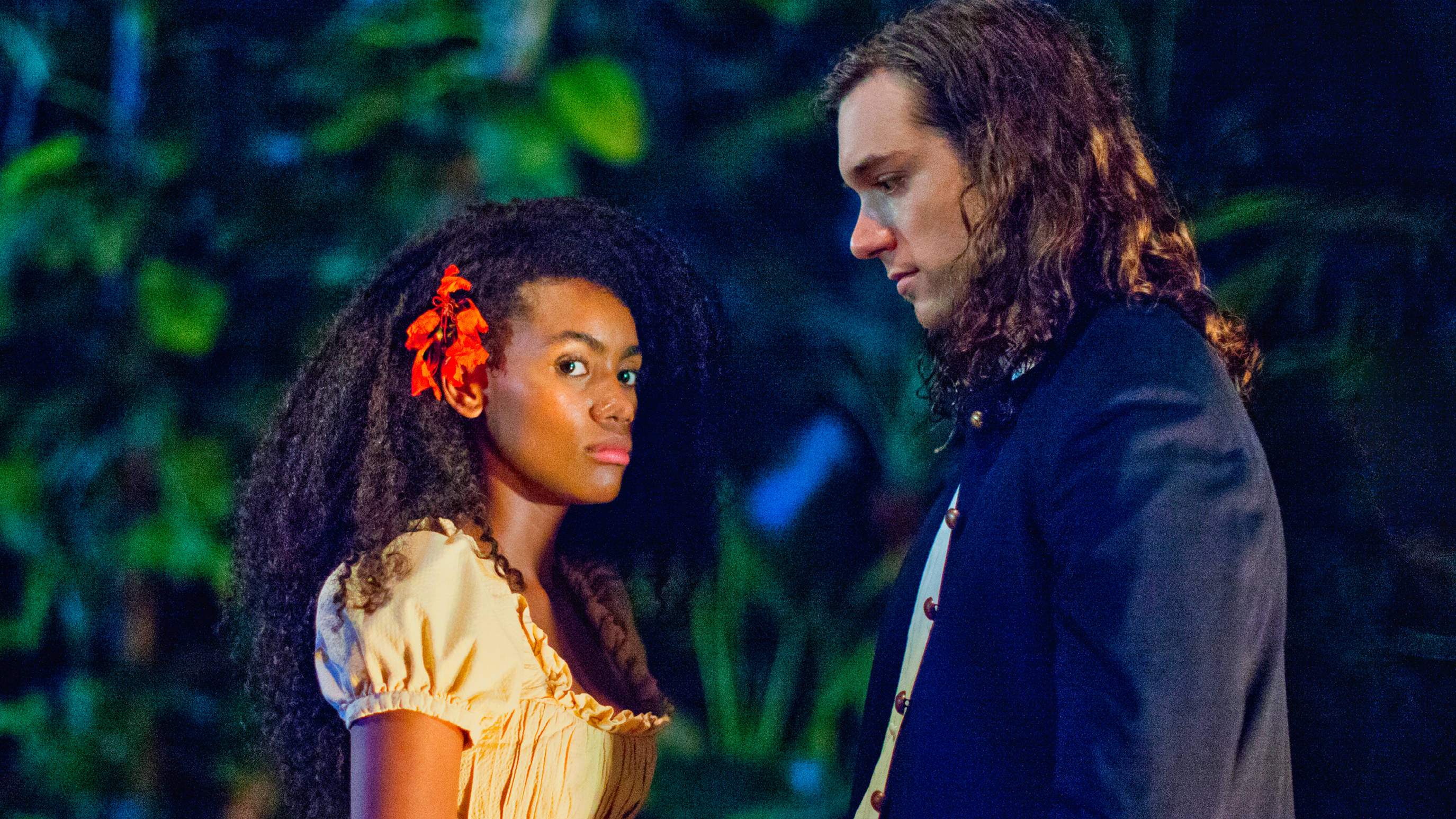 Carmen, the main character of "Siempre Bruja," with her lover/romantic interest who also happens to be her slavemaster.

Today we are seeing a greater push for representation for people of color in movies and TV shows. Some like Black Panther portray dark skin black people in positive roles and others like the Charmed reboot showcase Afro-Latina women as lead characters.

On the other hand, there are more shows that simply use people of color under the guise of representation, while utilizing them more like props than people. These forms of representation do more harm than good by sidelining characters or using them as comic relief.

And even worse, in the case of a show like Netflix’ Siempra Bruja, the storytelling attempts to romanticize racism and slavery. Carmen, the main character of “Siempre Bruja,” with her lover/romantic interest who also happens to be her slavemaster.

The shortened plot of Siempre Bruja is about a black slave in the Republic of Colombia who also happens to be a witch. She eventually ends up falling through time into 21st century Colombia where slavery is obviously abolished. Her goal is then to return back to Colombia, during slavery times, to reunite with the white slave master she’s in love with.

This is problematic for many reasons.

Painting the narrative of a darker skinned slave woman romantically attracted to a white slave master has poor implications. Her narrative thus is tied to a slavery and in turn, that doesn’t make many black women in the 21st century feel positively represented.

Another example of poor representation is seen in the Marvel Cinematic Universe. While Black Panther was great, MCU still has a long way to go before they have overall complex representation even though the only two directors of color on the franchise directed two of the most critically acclaimed movies in the MCU – Thor: Ragnarök and Black Panther.

Meanwhile, Captain America and Iron Man have Falcon and War Machine respectively as their generic sidekicks. In their own comic books, these black heroes have character development that shows them as multidimensional. But in the movies, Hollywood strips them down to just being someone for the white heroes to trade witty barbs with.

The Ant Man movie is even worse by showing the character of Scott Lane warming the hearts of ethnically diverse criminals he meets in jail. They end up forming a frivolous support team for Ant Man and act as comic relief for the audience to laugh at throughout the film.

Well-developed characters, where people of color have their own narratives are a more realistic portrayal of society as a whole. There are people who are complex all around us. They are of different ethnicities and backgrounds. All of these complexities should be reflected in our storytelling.

Avery Oliver is a photographer and video maker set to graduate with a degree in multimedia journalism from UT El Paso in May 2019. She has been a frequent public speaker on issues about social justice.