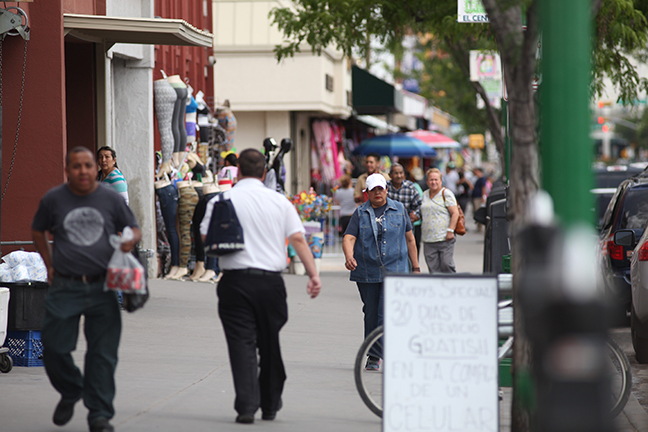 El Paso County is in the midst of its slowest population growth rate in 80 years, driven largely by a flight of residents to other U.S. communities from the Texas border county, new estimates from the U.S. Census Bureau show.

The census estimates show that El Paso’s natural population growth, the difference between births and deaths, added 68,519 people to the population since the last census. Net international migration – the difference between people moving to El Paso from another country and those moving out of El Paso to another country – added 21,616 people to the population. But net domestic migration – the difference between the numbers of people moving to El Paso from other U.S. communities and those moving from El Paso to other U.S. communities – produced a net loss of 50,317 people since April 2010, according the census estimates.

That domestic migration number indicates that El Paso County has lost 6.3% of its population in the movement between U.S. communities since 2010. That is the largest loss among the 10 Texas counties that are on the list of the nation’s largest 100 most populous counties. Only 14 other counties among the 100 most populous nations lost a higher percentage of population in domestic migration, analysis of census data shows. Most of those counties were concentrated in high cost of living areas like the New York City metro area and struggling manufacturing hubs in the Midwest.

Honolulu was the only county west of the Mississippi River with a higher percentage loss in domestic migration than El Paso County. In El Paso, net domestic migration – the difference between the numbers of people moving to El Paso from other U.S. communities and those moving from El Paso to other U.S. communities – produced a net loss of 50,317 people since April 2010, according the census estimates. File photo by Jorge Salgado, Borderzine.com

Domestic migration is most commonly drive by economics. People move from one community to another in search of better-paying jobs or a better cost of living.

El Paso has long had net losses in domestic migration, with the phenomenon sometimes being referred to as a “brain drain.” Two main factors are likely drivers – people with less than a college education seeking higher wages in blue-collar industries such as oil and gas extraction and refining, and people with college degrees seeking jobs or higher wages outside El Paso.

Robert Moore is a veteran El Paso journalist who has covered population trends for more than 30 years.